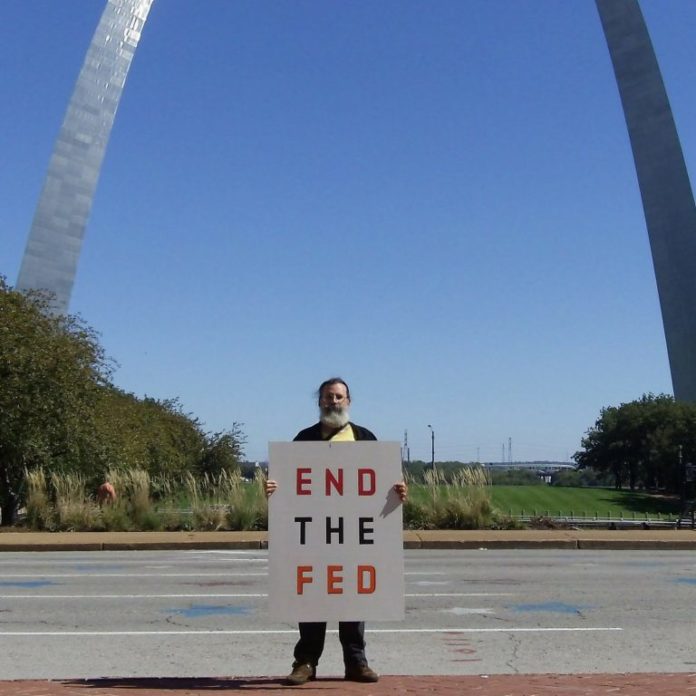 St. Louis Federal Reserve President, James Bullard, was recently interviewed at this year’s Consensus conference in New York City. That a top US economic policy maker was in attendance is victory enough; however, he was asked his opinions on cryptocurrency going forward by CNBC Global Markets Reporter Seema Mody. He explained he found the phenomenon “interesting,” and how more cryptos being issued all time necessitates keeping an “eye” on them. Mr. Bullard also compared the use case for cryptocurrencies with that of the dollar, and whether the former posed a threat to the latter.

In his talk, he acknowledged crypto is facilitating trade that might otherwise not occur. He couldn’t help himself by mentioning illegal activity (and we all know fiat currencies are never used in illegal activity), but he did describe decentralized money’s lean toward frictionless transactions (especially with regard to costs/fees) as being an advancement.

The Fed policy maker reserved the bulk of his comments, both in the presentation and during a post-game interview with CNBC, to talk about the problems in crypto as he sees them. One issue is simply the number of currencies being offered. The 12th St. Louis Fed President feels this over complicates matters, especially with regard to exchange rates and volatility.

Asked if cryptocurrencies pose a threat to the dollar, Mr. Bullard, 56, answered he didn’t think so. Global Markets Reporter Seema Mody, who is covering Consensus for CNBC this year, quickly followed up with a “but it could be?” The Fed President was noncommittal, choosing instead to shrug and give the pat answer about no one really knowing what the future holds. He emphasized how since its creation the US dollar has vanquished nearly all currency competition due to its being backed by the world’s strongest economy. It’s abundantly clear, Mr. Bullard suggested, people want the dollar and not crypto … at least at the moment.

Fed Coin on the Horizon?

Ms. Mody pressed Mr. Bullard about his presence at the conference, asking if this was a hint of things to come with regard to a future coin birthed by the Fed, a Fed Coin? Interestingly he didn’t dismiss the idea outwardly, and instead said they’d for sure look at the possibility, as the Fed does with many different types of financial innovations. He also assured there wasn’t any plan being hatched at the moment, no imminent Fed Coin coming. Mr. Bullard also wondered aloud what the gains would be by creating such a coin. He smiled subtly, assuring he’s keeping an “open mind.” A rather curious fact about the St. Louis Fed, one of twelve jurisdictions in the Federal Reserve system (the 8th district serves Indiana, Kentucky, Missouri, Illinois, Tennessee, Louisiana, Mississippi, Arkansas), is how it has recently become very chatty about crypto. As these pages reported back at the beginning of this year, “Aleksander Berentsen and Fabian Schär of the Federal Reserve Bank of St. Louis have recently published an article that emphasizes many of the benefits of cryptocurrencies. The article states that ‘cryptoassets are well suited to become an important asset class,’ in addition to offering praise regarding a number of the major applications associated with cryptocurrencies.”

Do you think a Fed president attending a crypto conference is meaningful? Let us know your thoughts in the comments below.