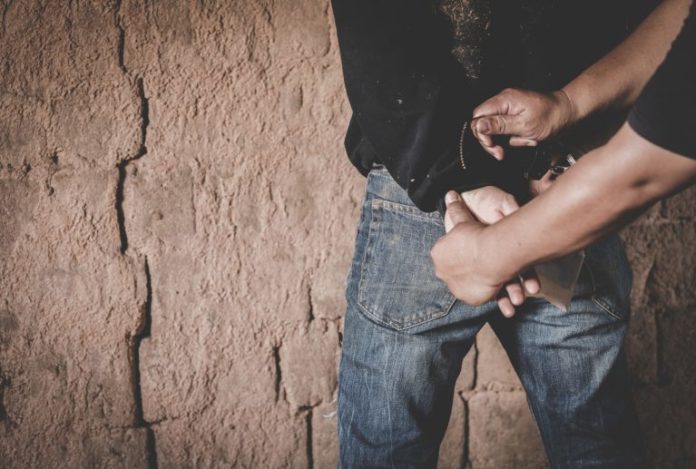 The FBI, working in conjunction with its European partners, has struck another blow against darknet markets (DNMs). On this occasion, it’s a particularly low blow, as news website Deepdotweb has become the latest victim of its interminable war on drugs. On May 7, both its clearnet and darknet domains were seized, and the operators arrested and slapped with money laundering charges.

Also read: Schnorr Signatures Await Bitcoin Cash as the Next Fork Draws Near

The War on Drugs Becomes the War on Information

Not content with waging a war on drugs, law enforcement (LE) have set their sights on media platforms that report on darknet activity. Earlier today, Deepdotweb became inaccessible, its homepage replaced by a seizure notice that’s become all too familiar to darknet market users. The shutdown generated shockwaves that have resonated way beyond the darknet community, marking the first time that feds have targeted the press in this manner. Deepdotweb (DDW) was by far the most popular clearnet resource for accessing links to DNMs, following the closure of subreddit r/darknetmarkets last year. Two Israeli suspects were arrested in connection with the bust, as well as individuals from France, Germany, Holland, and Brazil. The arrests were the result of two months of investigation, and arrive within days of the ringleaders of Wall Street Market (WSM) being arrested in Germany, together with a WSM moderator from Brazil. Deepdotweb is reported to have made millions of dollars in BTC from referral links to DNMs. It is unclear, though, how this activity might constitute a crime, given that darknet markets are not in themselves illegal, and sell a variety of wares, some of which are perfectly legal.

The money laundering statute cited in the seizure notice on DDW –18 USC 1956(h) – suggests that LE has sought a roundabout way to shut down a site it believes to be complicit in spreading information that enables people to access darknet markets. If so, it is a move reminiscent of Al Capone’s arrest and incarceration for tax evasion, rather than for gang-related activities.

The Thin End of the Wedge

Numerous freelance reporters worked for Deepdotweb, covering a wide range of topics including the Tor network, cryptocurrency markets, opsec and privacy. The site’s closure is a major loss, not only to its staff, but to its sizeable readership, many of whom had no interest in darknet markets. With DDW gone and its ringleaders behind bars, operators of other darknet new sites will be looking over their shoulders nervously. Despite breaking no laws by providing links to DNMs, webmasters may be fearful that underhand LE tactics could see their site shuttered and freedom curtailed due to some tenuous infringement.

On Dread (dreadditevelidot.onion), the Reddit-like forum for DNMs which operates on the darknet, the news of DDW’s demise was the primary topic of discussion today. “I feel TPTB [the powers that be] are working on a big operation for this summer,” speculated one commenter. “It all adds up to that. They have been testing the waters with DDoS attacks and seizures. Now that they know the DDoS attacks can cripple the markets without much done to prevent it, they’ll start shutting down the sources of information to keep people from being able to alert the community once the real OP starts.” They continued:

The Hub, DNA, Dread will be attacked even more. DDW was seized because the Tor based DDoS attack wouldn’t have taken down their clearnet site. Now with the DNMs in chaos and everyone scrambling to various sites, they’ll start the OP in earnest and will prevent the spread of information in the meantime.

One Down, a Dozen to Go

If the FBI’s intent was to restrict the flow of information and trusted links leading to darknet markets, the agency has got its work cut out. Despite Deepdotweb’s stature, it was merely one of many conduits leading to the darknet’s preeminent marketplaces. Other aggregators of DNM links include Darkwebnews, Darkdotnet, and Dark.fail.

As the criminal complaints are unsealed in the coming days, further details about the circumstances surrounding DDW’s demise will emerge. One theory being floated on Dread is that one of the busted Wall Street Market moderators was also working for Deepdotweb. Wherever the truth may lie, it is evident that the war against darknet markets has now entered a new phase.

What are your thoughts on the shutdown of Deepdotweb? Let us know in the comments section below.

Two-thirds of cryptocurrency users would back a fundraising initiative to help those being sued by self-proclaimed Bitcoin creator Craig Wright....