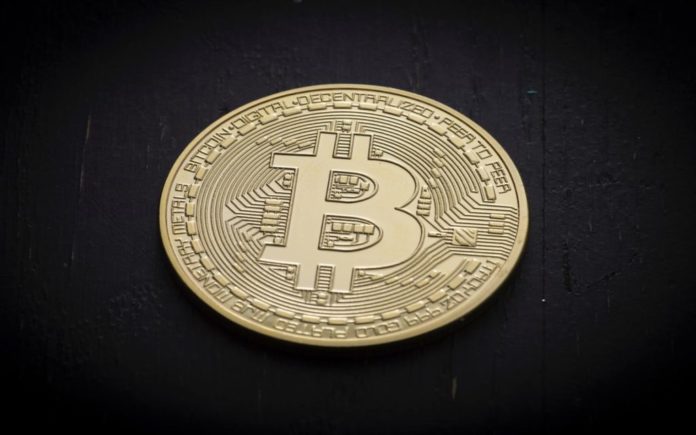 Bitcoinist got its hands on one of the latest Hodler Collection watches from Cryptomatic, a design inspired by so-called Bitcoin ‘hodlers’ whose patience really paid off as the value of Bitcoin has skyrocketed in recent years.

For Those Who HEDL

The company’s first watch, called the CRYPTOMAT (i.e. Crypto-diplomat), was born during the early years when the first “Bitcoin embassies” started popping up around the world. It reflected the spirit of individuals representing the crypto movement all over the globe and who could deal with skeptics and naysayers in an effective way.

“It was intended to be humorous, but the word stuck and became the name of our first collection,” says Cryptomatic’s watch designer, Luis Rosende, whose team has been in business for over a decade, helping a number of fashion and watch brands design and manufacture their collections.

However, when the Cryptomat launched in 2014, the Bitcoin and cryptocurrency market entered a prolonged bearish cycle that lasted through 2016.

“It was a real winter for Bitcoin, it truly tested people’s faith in the idea,” he explains.

The belief didn’t die. Bitcoin came back stronger than ever as its price has skyrocketed in recent years while giving rise to a booming new industry in the process.

After that roller coaster of a ride, it was quite clear that the second collection should be dedicated to those patient souls who HEDL through the hard times, and so, the HODLER was born.

‘Hodling’ is a term that has taken on a life of its own, evolving from a typo meme on an online forum to an entire subculture that believes in the long-term transformative power of Bitcoin technology.

On the surface, the Cryptomatic watch is a stark contrast. It’s fully mechanical, based on old-world watch technology that doesn’t use any batteries, digital dials, or electronics. Upon a second look, however, its metal gears, springs, and jewel bearings made of ruby to reduce friction are a testament to Bitcoin’s peer-to-peer design that eliminates the need to trust middlemen. The glass back reflects the transparency of its public ledger and proof-of-work backbone. And like Bitcoin, which remains the indisputable king of cryptocurrencies despite an ever-increasing amount of novel altcoins, Cryptomatic believes that mechanical watches are the only type of timepieces that are here to stay in the long run as Rosende states:

Quartz watches didn’t kill mechanicals and smartwatches won’t either, you can quote us on that now and ten years from now.

All the gadgety smartwatches will most likely stop being useful when the next technology cycle hits the market or when there’s no more support for firmware or replacement parts.

The build does feel incredibly solid when wearing it on your wrist. The watch comes with a lifetime warranty, for which you can register by scanning the QR code printed on the individual customer card. It also comes with either steel or genuine leather strap options. (I personally prefer the black leather strap after trying both.)

Cryptomatic is a pretty unique company as it only takes payments in Bitcoin for their watches, which means no credit cards and no cash. The Holder collection watch currently costs around 0.09 BTC, or from $819 to $849 USD depending on the model.

“About 98% of the watches have been sold for Bitcoin,” Rosende says. “The other ~ 2% are sales to clients who asked if they could pay in other cryptocurrencies, to which we have been mostly open.”

To date, Cryptomatic has produced a limited number of editions numbering a few hundred watches per collection. The most popular and fastest selling model has been the Silver & Black HODLER, while the original Silver and Rose Gold CRYPTOMAT was the favorite from the first collection, says Rosende. He notes that Cryptomatic intends to remain a small and exclusive brand while continuing making small runs of high-quality, hand-assembled watches but doesn’t rule out the addition of “smart” features in the future.

So will we ever see a price ticker or a Bitcoin wallet integrated into a Cryptomatic?

“One thing we can say is that our watches will always have a mechanical heart even if we decide to add ‘smart’ elements to them,” he says.

The company does a lot of brainstorming when it comes to their designs, constantly thinking about new collections, though we probably won’t see a Litecoin-themed design in the near future.

“What about putting in a moon rock if Bitcoin price breaks a new all-time high this year?” I asked Luis.

“For now we will stick to Bitcoin as it is the origin of all cryptos,” Rosende says. “We’ll see what happens in the future. The moon rock idea is a really good idea by the way.”

What do you think of the new Cryptomatic watch? Would you wear it or buy it as a gift for a Bitcoin user? Let us know in the comments below!

The post For Those Who ‘HEDL’ – The New Cryptomatic Watch Inspired By the Bitcoin Hodler appeared first on Bitcoinist.com.