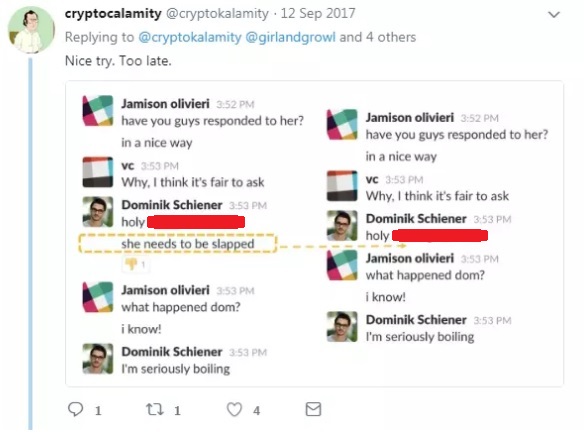 The Financial Times (FT) news outlet published an article Wednesday, Apr 25, detailing  allegations levelled by several people against IOTA. According to FT’s report, some members of IOTA’s team have resorted to threats of legal action or violence when dealing with critics of their project online.

When asked to comment on the report, Ralf Rottmann, a member of the IOTA Foundation’s board of directors, told Cointelegraph that he “joined the Board of Directors just recently and [is] not personally aware of any of the alleged incidents”:

“What I do know: IOTA Foundation continues to win renowned corporate partners and advisors, who all carefully vet whom they partner with, which to me speaks for itself. Also I’ve never personally witnessed any IOTA Foundation member to intimidate anybody. There have been heated debates on twitter, but that goes with the territory as you clearly know. Would love for Cointelegraph to focus on the progress and positive!”

The FT article details the response by IOTA to a study last fall, conducted by the MIT Media Lab and written about on Medium, that alleges the researchers found a vulnerability in the IOTA’s hash function – written by IOTA developers – that would have allowed for forgeries of IOTA signatures.

The apparent vulnerabilities have since been removed, and the IOTA team has since spoken out that the vulnerabilities would not have allowed for forgery, as their Coordinator would have stopped it – IOTA’s “tangle” system, as opposed to a Blockchain system, is not yet decentralized.

According to the FT, when a writer for Forbes covered MIT’s research, the IOTA Foundation board of directors’ member Dominik Schiener sent message on Slack that “she needs to be slapped.”

Tim Swanson, the director of tech advisory firm Post Oak Labs, told the FT in reference to IOTA’s response about the reported vulnerabilities found by MIT:

“Once you start threatening independent research teams that do vetting and verification…you’re not just creating ill will, but you’re actually creating an environment in which security researchers no longer feel safe to provide independent verification of claims which benefit society as a whole.”

IOTA CEO David Sønstebø has also cursed at media outlets on Twitter like TheNextWeb as well as other Twitter users that criticize IOTA. In February of this year, IOTA’s twitter posted that it would “blacklist” TheNextWeb due to their “deliberate defamation”:

@TheNextWeb is hereby blacklisted by the IOTA Foundation and we will not proceed with our planned arrangements with them. The reason for this is @Mixtatiq repeated deliberate defamation through fabrication, lies and complete misrepresentation of our stances.

Sønstebø said once on Twitter – ironically – that he is “unprofessional” to the media, more recently tweeting more than a week ago,

“I am ‘blunt’ and brutally honest to people who attack IOTA, a non-profit project with pure intentions, with falsehoods, insane accusation, and general defamation, yes. If that makes me rude, I’m rude as f***.”

The FT refers to IOTA’s “troll army” as intimidating people to such an extent that three people they wanted to speak to for the article refused to do so, one citing a fear of physical harm.

Swanson also told the FT that he deleted a retweet of an article criticizing IOTA due to feeling “intimidated” after receiving Skype messages from a member of the IOTA team about his retweet. When asked about Swanson’s allegations in the FT article, Rottmann told Cointelegraph that the “IOTA Foundation categorically denounces these demonstrably false claims”:

“Timothy Swanson has been an acquaintance of David Sønstebø since 2013, they have regularly discussed different topics pertaining to the crypto realm throughout the years. David was perplexed by seeing Swanson retweet the debunked narrative of DCI and simply sent him two casual inquiring messages on Skype: ‘Hey’ and ‘Why are you retweeting fud?’. That was the entire extent of David’s communication to Swanson, Swanson proceeded to choose to take down the tweets. There was never any intimidation involved here. I saw a screenshot of the Skype conversation David was having with Timothy dated back to December 12th, 2017 and I in no way see, how anybody could potentially feel intimidated by David reaching out like he did at all.”

During an interview with Cointelegraph this January, Sønstebø spoke about the future of IOTA, highlighting “the fantastic team that [they] have put together and continue to put together, having world-leading developers and advisors is vital to the project, and something a lot of projects think of as secondary, but the execution is everything.”