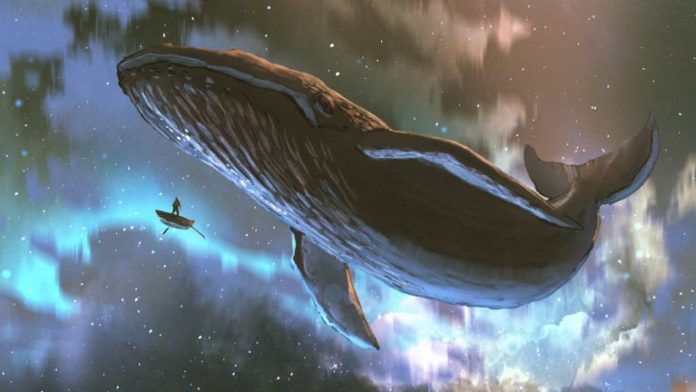 On August 11, 2020, the Electron Cash developer Jonald Fyookball announced that Cashfusion tiers have been expanded to allow 10x bigger coins to be fused. The announcement got the Bitcoin Cash community excited to “fuse with whales,” as the increase has been upped from 0.82 BCH to 8.2 BCH.

Cashfusion is a type of coin mixing service, offering wallet providers and others a way to join coins together for increased privacy. The developer behind the Electron Cash (EC) wallet Jonald Fyookball had an important announcement for the Bitcoin Cash (BCH) community on Tuesday. According to the software engineer, the Cashfusion application’s tiers have been expanded. Just recently, news.Bitcoin.com reported on Cashfusion completing a security audit from the firm Kudelski Security.

After the audit, Fyookball revealed the review was finished and said the Cashfusion protocol “passed, mostly with flying colors.” When the audit was complete, Calin Culianu launched the Electron Cash wallet version 4.1.0 with Cashfusion.

This week Fyookball explained that the expansion of tiers will allow “10x bigger coins to be fused.”

“The previous largest tier was 0.82 BCH,” Fyookball highlighted. “It is now 8.2 BCH. That means individual coins (UTXOs) of size “in the ballpark” of 8.2 (could be 10, 20, or even 30 or more BCH etc) can be used as part of fusions. This basically means larger wallets can start fusioning.” The developer added:

This is a fusion server setting so there is no need to download a new wallet version. Soon we will make changes to the client-side to fuzz the fees slightly more for these larger tiers to ensure max privacy. Of course, the BCH community was thrilled with the increase, and a number of supporters said that the EC team did a “great job.” Other BCH fans were excited to start “fusing with whales.”

One Reddit user detailed how he fired up his Electron Cash wallet and “[the protocol] immediately made a much larger fusion round.” The user linked his fused transaction in the Reddit post for everyone to see the fuse.

Meanwhile, people are still leveraging Cashshuffle as well and there have been 59,895 shuffles since March 2019. 270,582 bitcoin cash (BCH) has been shuffled since then which is equivalent to $77 million USD.

People are still shuffling a lot of coins on Cashshuffle Saturdays and now with the Cashfusion tier expansion Cashfusion Fridays will likely see a boost.

The last few fused transactions according to data analytics show fusions with upwards of 108, 174, and 202 BCH or well over a half of a million dollars in bitcoin cash.

What do you think about Cashfusion’s increased tiers? Let us know what you think in the comments below.