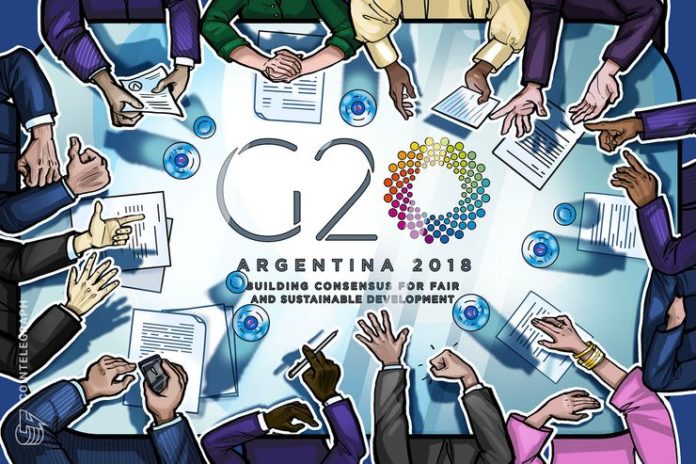 Cryptocurrencies will continue to receive a broadly hands-off approach from the G20 until at least October, a meeting of the forum confirmed July 21-22.

The results follow a four-month consultation period which FATF enacted during a previous gathering in March. At the time, representatives said they were obliged to create what they called “very specific recommendations” for how to approach the cryptocurrency sphere at international level.

In the intervening months, however, it appears that position has considerably softened.

“[W]e ask the FATF to clarify in October 2018 how its standards apply to crypto-assets,” the summary requests.

In brief comments about the general mood towards cryptocurrency, the G20 adopts a similarly balanced view, stating the technology contains both “benefits” and “risks.”

“Technological innovations, including those underlying crypto-assets, can deliver significant benefits to the financial system and the broader economy,” the document continues:

Such vocabulary echoes the angle that emerged from G20 activities throughout the year, and also represents more recent comments from constituent participants such as the European Union. Earlier this month, a French government report under finance minister Bruno Le Maire, who had publicly called for the G20 to debate cryptocurrency, likewise recommended avoiding direct regulation.

The blockchain sector is chocked-full of online enterprises that focus on creating online platforms and applications. No one seems to...