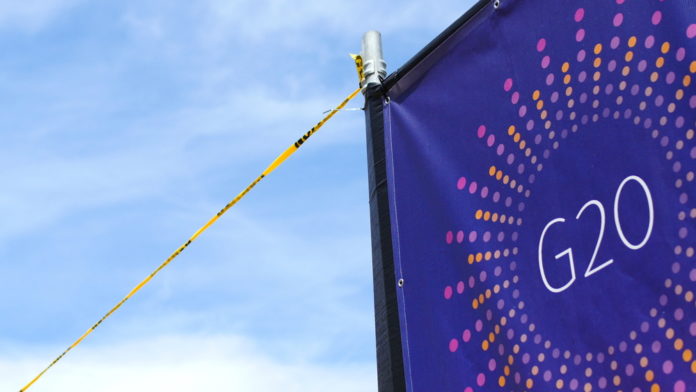 At the summit in Argentina, the G20 countries agreed to regulate cryptocurrencies in line with the Financial Action Task Force (FATF) standards.

On Saturday, a joint statement was signed by all G20 states, reports the Saudi newspaper. The document acknowledges that in view of the rapid pace of the “digitalization” of the global economy, “necessary reforms” are needed. With regard to cryptocurrencies or “crypto-assets” as they are referred to in the document, the G20 has agreed on a regulatory approach in line with the FATF standards. Section 25 of the official statement states:

We will regulate anti-money laundering and terrorist financing crypto assets in line with FATF standards and consider further action as needed.

In addition, the countries will work together intensively and monitor the rapid digitization of the global economy. An excerpt from section 26 reads:

We will continue to work together to find a consensus-based solution to the impact of digitization of the economy on the international tax system with an update in 2019 and a final report in 2020.

Last week, the US has taken a very first action against two Iranian “mediators” of ransomware. U.S. Treasury’s Office of Foreign Assets Control (OFAC) has released two Bitcoin Wallet addresses to warn the crypto community that anyone doing business with the defendants can also be punished.

I wonder if @G20org World Leaders actually realize that they DO face a REAL Common Enemy now? ?

With #Bitcoin soon turning 10, national gov’ts are SLOWLY but SURELY losing their #monopoly & ability to issue (#fiat) money. It’s slow at first but this #revolution is irreversible! pic.twitter.com/Z62gJFouYo

India appears to have led the initiative on Friday to come up with a nine-point list calling on G20 countries to fight “fugitive economic offenders,” including crypto assets such as Bitcoin and other cryptocurrencies.

The agenda was presented by Indian Prime Minister Narendra Modi, who called on the GAFI to prioritize and build international cooperation. This will ensure that Member States work closely together and that the respective financial investigation units exchange information necessary to detect criminals.