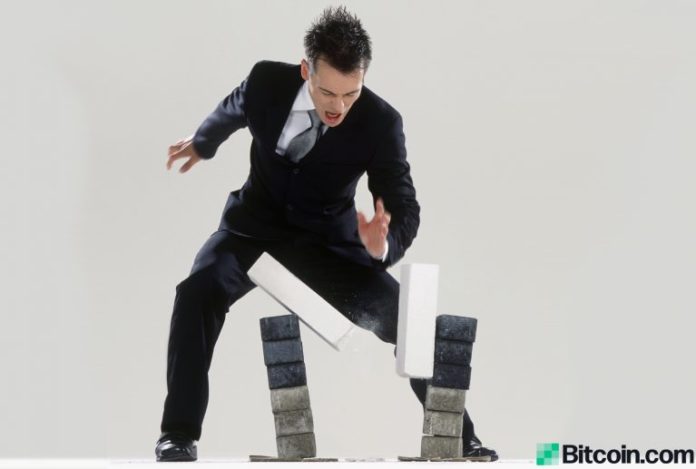 The anticipation for the block reward halving for BTC, BCH, and BSV has been building. All three cryptocurrencies will see rewards halved from 12.5 to 6.25 coins throughout the months of April and May. The following is a comprehensive list of websites that are counting down each crypto’s reward halving in different ways, so people can monitor the data and prepare for halving parties.

The great halvings are approaching and in 2020 it will be the first time in history three SHA256 networks will see reward halvings around the same time. When Satoshi Nakamoto created Bitcoin he made it so the block mining reward halves every 210,000 blocks. When the network was first launched, miners got 50 BTC for every block they found and the rewards halved for the first time on November 28, 2012. Then another 210,000 blocks later on July 9, 2016, the BTC block reward halved again from 25 BTC to the current 12.5 BTC reward. From this point on and after the escalated scaling debate, there are now three powerful SHA256 networks (BTC, BCH, and BSV) that leverage the same consensus algorithm. All three of these networks have mining operations processing blocks from the three blockchains whenever one is more profitable than the other. Because of the network switching factor based on profitability, people are extremely curious about what will happen with all three SHA256 networks during the halving events. Just before the halvenings, crypto enthusiasts like to monitor the situation and plan ‘halving parties’ in order to celebrate the momentous occasion. For this reason, news.Bitcoin.com has listed popular halving countdown clocks and statistical sites that show all kinds of halving data so our readers can follow along with the reward countdown.

The BTC network is scheduled to halve every 210,000 blocks and this year will be around the first or second week of May. The block reward countdown clocks online are not exactly accurate and are a rough estimate of the timeframe. This is because the overall hashrate finds blocks at different speeds and the time to capture all 210,000 blocks can be done faster or slower than expected. For instance, blocks are typically processed every 10 minutes but that time frame can be quicker than 10 minutes or even longer than the traditional rate. Usually, the timeframe to process 210,000 blocks is roughly on or around a four-year period.

The website bitcoinblockhalf.com is a popular countdown clock for the BTC halving and the first site to come up on Google. The website was created in January 2015 and it shows a replica of an alarm clock ticking down until the halving date. Bitcoinblockhalf.com’s clock expects the halving to happen on or around May 12, 2020. The website also includes certain data points like the current number of BTC in circulation, percentage mined, number of coins left to mine, generated BTC per day, difficulty, inflation rates, and the current BTC hashrate.

The statistics on Brave New Coin’s halving page show a few different countdowns. There are actually four scenarios and countdowns for May 6, 9, and two different May 11 forecasts. “This page is dedicated to estimating the date and time of the next Bitcoin Block Reward Halving,” explains Brave New Coin’s stats page. “We have created four scenarios based on different block time metrics. Each scenario is a moving estimate and the timestamp, charts, and values shown on this page are re-calculated daily.” Users interested in monitoring the page get a different perspective than a simple countdown clock.

Binance also has a statistical page dedicated to the BTC halving and the countdown from Binance Academy says 79 days until the halving. The stats page also shows the current block height, how many blocks are left until the halving, and the current BTC price. The site also gives people educational information on the halving by answering frequently asked questions like “What is a block halving?,” “Why are halvings significant?,” and “How many Bitcoin halvings have there been previously?”

If you want to monitor the halving countdown using an old analog clock then bitcoinclock.com is the site for you. It shows an antiquated analog clock ticking down until the halving but everything is done in minutes. The website also explains what the halving is and how it happens every four years or so and it expects the 2020 halving to take place on May 8. Bitcoinclock.com also lists a number of articles that give resourceful information about previous halvings in 2012 and 2016. The website is much older than the bitcoinblockhalf.com website because it was created in 2011. Bitcoinclock.com also notes that online countdown clocks are not super accurate. “While most of the other sites estimate the halving for late-May, the more likely outcome is an early-May reward halving,” explains the website.

Bitcoin Cash is expected to halve before the BTC chain’s halving date and a few websites estimate it will be around one month prior. Coingecko offers a BCH countdown clock which estimates the halving will take place on Tuesday, April 7, 2020. This would be 45 days away with the current block height at 623,402. Coingecko’s BCH halving page is pretty straightforward with few frills or educational resources. The data from the site is powered by the block explorer Blockchair.

Coinsalad’s BCH halving countdown shows an alarm clock-like timer that expects the BCH network to halve on April 8, 2020, 7:14 am EDT. The webpage notes that BCH rewards halve every 210,000 blocks and BCH will see the reward slashed from 12.5 to 6.25 blocks after this date. Again, like many of the other countdown to the halving web pages, Coinsalad notes its clock is not entirely accurate. “This is a simple countdown timer that calculates the targeted halvening block height minus the current block height multiplied by the Bitcoin 10 minute block time interval (X – Y) * 10 * 60,” the page details. “This is an estimate and won’t be 100% accurate since not all Bitcoin blocks are found exactly in 10-minute intervals due to the time in between difficulty adjustments.”

This webpage created on January 8, 2020, is identical to the bitcoinblockhalf.com website mentioned above but is dedicated to the Bitcoin Cash network instead. Similarly to Coingecko and Coinsalad, Bitcoincashblockhalf.com’s data shows the BCH halving is 45 days away and will be on or around April 8, 2020. Just like the website’s predecessor, it also contains data points that apply to the BCH halving like BCH in circulation, percentage mined, number of coins left to mine, generated BCH per day, and the network’s current hashrate.

Bitcoin SV fans can find the halving date for BSV on a few different websites including Coingecko. Currently, Coingecko’s data which is also derived from Blockchair notes that the BSV halving will happen in 50 days or Sunday, April 12. “The number of Bitcoin SV found per block will become more scarce and this halving reward ensures that Bitcoin SV total supply will reach 21 million,” explains Coingecko. Again, the website does not include charts or any other educational information about the Bitcoin SV halving except for the countdown clock.

Watch All Three Networks at the Same Time

Bitcoin enthusiasts who want to see all the countdown clocks on one single page can reference the Blockchair website for stats on all three networks. Blockchair’s tools page on the 2020 halvings shows BTC (79 days), BCH (45 days), and BSV (47 days). The stats page also shows the current block and blocks remaining until the halving on each network. From each countdown window, users can toggle directly to each network’s block explorer for more data on these three networks.

The term “bitcoin halving” has been trending on Google and the event has always been anticipated and watched by crypto supporters worldwide. For now, observers can only monitor the countdown and market prices leading up to the reward halvings and no one truly knows what will happen. That hasn’t stopped speculative theories and lots of discussions from forming about the halving subject which is at the forefront of a lot of people’s minds.

What do you think about all the countdown clocks and monitoring tools available for the BTC, BCH, and BSV halvings? Let us know what you think about these applications in the comments below.

The post Get Ready for the Bitcoin Halving – Here Are 9 Countdown Clocks You Can Monitor appeared first on Bitcoin News.

Popular YouTube crypto analyst, Benjamin Cowen, has been considering the logarithmic regression band for the total cryptocurrency market cap in his...