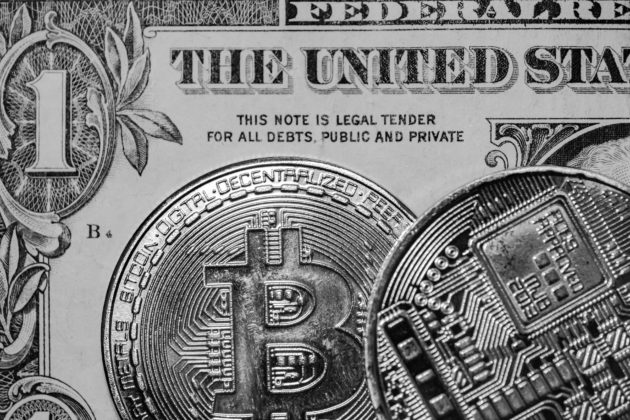 After yesterday’s Federal Reserve meeting, markets have gone haywire once again, restarting the insane volatility first triggered following Black Thursday. Moments after the dust settled on the meeting, gold prices skyrocketed, and the Dow opened today 900 points down from yesterday’s close. However, Bitcoin has remained relatively stable.
Will Bitcoin soon follow and join in the explosive market volatility?
Cryptocurrency’s Notorious Volatility Has Dried Up Compared to Traditional Markets
A strong correlation to the stock market brought Bitcoin to its knees as massive selloff crushed all financial assets around mid-March.
Since then, Bitcoin price has been on a steady incline, which only recently appears to be fading. The slow and steady ascent is unusual for the notoriously volatile asset class of cryptocurrencies.
These assets often ebb and flow 20% or more intraday, but recently, cryptocurrencies like Bitcoin have been trading sideways.
RELATED READING | FADING BITCOIN VOLATILITY VERSUS NASDAQ MAY SIGNAL BULL MARKET IS HERE
The first-ever cryptocurrency’s relative volatility compared to the Nasdaq composite index has reached historic lows, not seen since before the last bull market began.
The current price action could be consolidation before a bigger move up or down, and the indecision can be seen in each new candlestick close.
Although Bitcoin has been stagnant, if the asset suddenly begins following the stock market once again, volatility could soon pick up.
Bitcoin Readies Its Next Major Move While The Dow Drops and Gold Spikes on Fed News
Following yesterday’s Federal Reserve meeting, markets caught fire once again.
After announcing that no interest rate hikes are expected until 2022 at the soonest, markets immediately responded.
Gold prices rocketed by over $30 per troy ounce in minutes, while the Dow Jones Industrial Average plummeted.
The Dow and other major stock indices have made a major comeback over the last several weeks, rebounding beyond previous highs to set new records.
Robinhood retail traders have been exuberant, calling well-known investors like Warren Buffet an “idiot” for dumping his holdings.
These may be signals that a top is in in the stock market. The last time the stock market tanked, it took Bitcoin and the rest of the crypto world down with it.
Bitcoin price has continued to struggle to break above $10,000, and the spark in volatility and continued correlation with the stock market could be disastrous for the first-ever cryptocurrency.
RELATED READING | GOLD CHART SHOWS WHY BITCOIN IS THE FASTEST HORSE IN RACE AGAINST INFLATION
The one saving grace for Bitcoin could be the fact that the dollar is weakening, and the asset’s digital scarcity may help keep prices strong even during continued market chaos.
Bitcoin shares more attributes with gold, which ballooned on the news, than it does with the Dow or S&P 500. If the dollar continues to drown under the Federal Reserve’s increasing debt, Bitcoin will ultimately benefit in the long run.
In the meantime, a return to volatility is likely given this latest spike in other markets. Bitcoin won’t be too far behind.
Featured image from Shutterstock.