If years ago someone were to guess what products would kick off Bitcoin adoption, alpaca socks might not make the top of the list. Fuzzy socks to launch a disruptive technology and global currency? Yet that’s exactly what occurred when alpaca socks were among the very first consumer items to be purchased with bitcoins.

Similar feelings were no doubt engendered when early enthusiasts were directed to make their initial Bitcoin purchases using an ominous red phone at a grocery store, speaking to an operator to route U.S. dollars through an intermediary to a Bitcoin exchange. This was the future of currency?

But just as the red phone led the way to many international exchanges, alpaca socks helped launch a burgeoning Bitcoin consumer ecosystem. With over 200,000 transactions per day and that number growing, it is evident that bitcoins are making headway in the world of consumer purchasing.

As of the beginning of August 2016, there were around $10 billion worth of bitcoins in circulation that are ripe for spending. In the evolving Bitcoin market, consumers can now buy electronics, clothing, food, precious metals, internet services, creative services and even luxury cars and homes.

The frictionless, low-cost nature of Bitcoin allows for lower prices to be passed on to consumers. (The Bitcoin network is fee-free, albeit for a voluntary nominal fee that benefits the miners who support the Bitcoin network.) These economics mean that Bitcoin merchant processors offer lower fees than the VISAs and PayPals of the world, enabling merchants to deliver lower prices to consumers.

Similarly, due to the borderless and peer-to-peer characteristics of Bitcoin, consumers can bypass costly middlemen altogether and go directly to the source.

An American family renting a home in France can send bitcoins to the property owner without concern for intermediary or currency exchange fees, and without waiting for PayPal to release their funds. A foreign worker can send bitcoins back home to his or her family abroad, and avoid the 8-9+ percent fees traditionally charged, thus providing the family with more bitcoins to spend in their local economy. Additionally, Bitcoin can reach many countries where traditional credit cards and PayPal aren’t accepted, giving more reach to consumers, especially those who are “unbankable” by traditional banking. East Africa is a perfect example of where this is taking hold.

Consumer security is another benefit of Bitcoin. Giving out a credit card number and associated information involves divulging an uncomfortable amount of personal detail while opening consumers up to future charges, possibly illegitimate, as long as the credit card is valid. In contrast, each Bitcoin transaction is a one-time, irreversible event that uses only your pseudonymous Bitcoin address. Escrow services, such as the one offered on BitPremier, mitigate the risks of large-ticket transactions. Bitcoins can be held in escrow by a trusted third party until both parties to the transaction consider it final and binding.

Inflation protection is another benefit to the Bitcoin consumer. The purchasing power of the U.S. dollar has been almost halved in the last 25 years due to inflation, with a $100 basket of goods and services in 1990 costing nearly $180 today. The limitation on the number of bitcoins ultimately placed into circulation provides protection to consumer purchasing power.

Dangers for the Consumer

While Bitcoin may be almost perfect, it does have its challenges. As the ecosystem evolves and develops, it will naturally attract nefarious characters. Consumers should deal with trusted merchants, perform their due diligence, and use escrow services for large transactions. And while the irreversible nature of Bitcoin has its positives, it leaves little margin for error. Bitcoins should be treated like cash in that once you walk away from a transaction you and your cash have parted ways.

Buying from a business that uses a trusted merchant processor like BitPay or Coinbase is a good start toward secure shopping. So is shopping at e-commerce sites run by reputable names in the Bitcoin community, or using local brick-and-mortar merchants. As always, transactions that seem too good to be true should be viewed cautiously.

While the choices for the Bitcoin consumer are growing, the Bitcoin economy is still in its infancy. With some help from the Bitcoin community, and as the benefits of Bitcoin become more well-known around the globe, the consumer market for Bitcoin should grow into a thriving global merchant economy.

• PayPal, Stripe and Braintree are starting to integrate Bitcoin into their payment networks.

• Spendbitcoins.com and the Bitcoin wiki show growing lists of merchants.

• BitcoinShop.us and bitify are constantly broadening their inventory of electronics, clothing, gifts and other items, as they vie to be the “Amazon of Bitcoin.”

• Microsoft is the largest merchant to accept Bitcoin to date.

• OpenBazaar has launched a peer-to-peer marketplace for buyers and sellers to transact directly with each other using bitcoins.

• Entire communities, such as Berlin’s Kreuzberg neighborhood, are embracing Bitcoin and accept it in many of their local businesses. Bars and restaurants and even luxury goods purveyors are now accepting Bitcoin worldwide.

Alan Silbert is founder and CEO of BitPremier, the leading Bitcoin luxury marketplace, and a senior vice president at Capital One. He has more than 18 years experience in commercial finance. Previously, he was a vice president at GE Capital and held various positions at Merrill Lynch Capital, Heller Financial and HealthCare Financial Partners. He holds a B.S. degree in finance from Towson University, and currently resides in Maryland with his wife and two children. 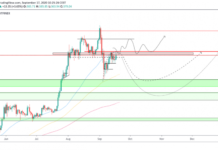 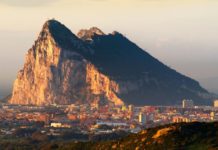 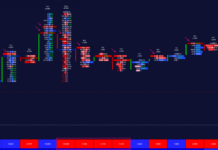 CBN Warns That Bitcoin And Other Virtual Currencies Are Not Legal …

Last week, the Security and Exchange Commission (SEC) warned Nigerians against the use of Bitcoins and other Virtual Currencies (VCs)...