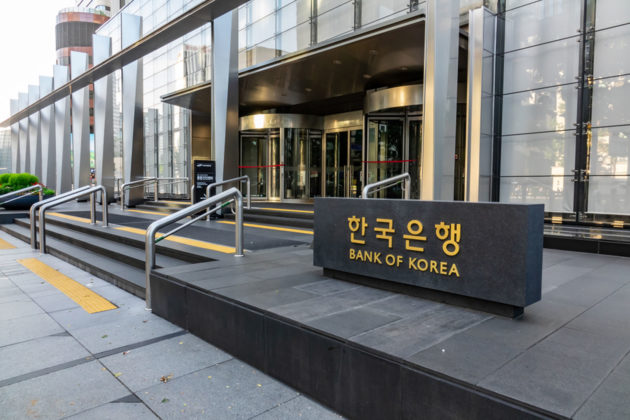 The South Korean central bank is the latest in the list of national banks to reveal its intentions towards central bank crypto (CBDC).

According to local media, the Bank of Korea has begun hiring crypto-asset experts signaling that the central bank may begin developing its own CBDC. It added that successful candidates will head research on blockchain solutions and digital payment platforms.

The BoK has yet to confirm that it will be launching a CBDC but the likelihood is strong as China is already way ahead, and Japan has also entered the research phase.

Bank governor Lee Joo-Yeol had previously told executives that turning away from the change could risk losing the trust of the nation. Nobody wants to be left behind as Asia continues to lead the way in digital payment innovation.

The Bank of Korea has previously published a paper earlier this year exploring the impact on the financial system a CBDC would have. The report concluded that a digital currency could cause problems with the existing system.

It appears that Facebook has poked the digital hornets’ nest with its own global financial domination ambitions. Ever since Libra was announced the world’s central banks have been paying attention to crypto.

It has been widely reported that China sees the American tech giant as a direct threat to its own financial system despite the platform being blocked by the Great Firewall. One possible outcome is that US regulators approve the Zuckerberg crypto coin for fear of Chinese dominance with a digital yuan. At present, though it is still facing heavy resistance at home and across the globe.

Every week another central bank reveals its research into digital currencies and the list is growing.

Last week the Bank of France governor expressed the need for urgency in progress towards developing a crypto Euro. It was also recently reported that European Central Bank president Christine Lagarde said that the bank needs to be ahead of the curve for cryptocurrencies.

Just yesterday Bitcoinist reported that the Bank of Lithuania was the latest to publish its research on a central bank digital currency as it joins the race for digital supremacy.

Will the Bank of Korea launch its own crypto won? Add your thoughts below.