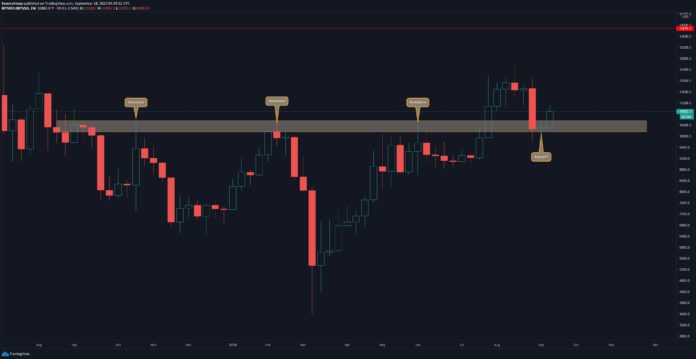 Bitcoin’s rejection at $12,000 at the start of this month was far from bullish: $12,000 has long acted as an important horizontal level for the leading cryptocurrency, marking an end to both rallies and corrections.

Despite the technical significance of the correction at $12,000, Bitcoin remains in a positive state on a macro time frame.

It shows that despite recent price weakness, BTC has printed a clean bounce off the macro support from $10,000-10,500. This is important because this zone is where BTC topped during three separate rallies over the past 12 months.

Bitcoin confirming that level as support suggests that the prevailing trend is now bullish.

As reported by Bitcoinist previously, one trader noted that there are three pivotal signs suggesting Bitcoin will reverse on a daily time frame. They are as follows:

Another factor that could drive BTC lower in the short term is the CME futures gap that sits around $9,600.

Bitcoin has long filled CME futures gaps it has formed within a number of weeks.

It hasn’t been determined why this is the case but should history rhyme, there’s a good likelihood that Bitcoin will retest the $9,600 region in the following weeks or months.

An anonymous Bitcoin Cash (BCH) supporter says he deliberately started a spoof which successfully baited local media to report on...