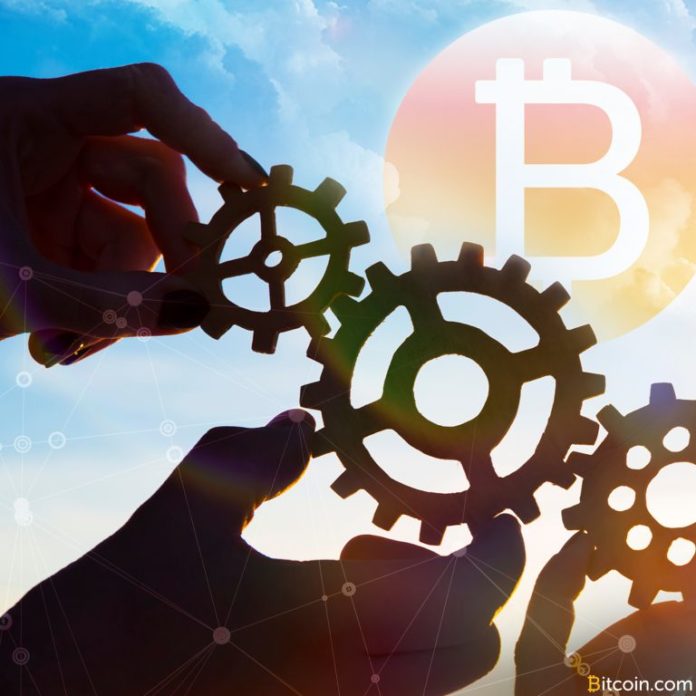 The following opinion piece on Holacracy was written by Max Borders, director of Social Evolution and author of The Social Singularity.

Imagine turning on your mobile device one morning to find only two apps: Red and Blue. It’s bad enough that these are the only two choices. Only one works at a time–and not very well. world runs. The Madison-style Constitution was a great innovation, but it’s still built atop the 2000-year-old DOS (Democratic Operating System).

“It has been said that democracy is the worst form of government,” Winston Churchill remarked, “except all those other forms that have been tried from time to time.”

Really? Is this the best we’ve got? Such a fatalistic view gives us an excuse to accept the status quo, but it is a failure of imagination. It’s time to rethink governance.

Changing Our Relationship to Power

The strongest candidate for a new global-scale social operating system is Holacracy.

Never heard of it? Holacracy is a organization management system Brian Robertson developed to help businesses run without bosses. HolacracyOne’s mission is to “change our relationship to power” and the system does just that, which is exactly why some are skeptical. After all, command-and-control systems have been working for blue chip companies and standing armies for centuries.

If you’re into cryptocurrencies, you already know that command-and-control hierarchies can be destructive and inhumane. Satoshi Nakomoto, for example, wanted both to help us escape the inflationary Skinner box of central banking and build bitcoin in a decentralized way. The idea was to work with a growing team of coders and miners to build out the ecosystem, but no one would control the network. Satoshi changed our relationship to power — for both developers and users.

Holacracy provides a governance framework that is decidedly holonic — roughly, systems within systems. In this way, a holacratic organization approximates a living organism as opposed to a machine to be “run.” Practitioners aren’t arranged by managers as cogs within a traditional org chart, but rather define their own functional roles within wider spheres of activity, or “circles”.

Just as cells make up organs within organisms, people have roles within teams within organizations. And though certain cells and roles might hustle themselves into an “executive function,” both the organism’s and the holacratic organization’s brains are self-organizing.

Holacracy makes an organization a complex adaptive system. Unlike command-and-control hierarchies, complex adaptive organizations respond with relative autonomy to stimuli that are, for lack of a better way of putting things, not quite right. Practitioners call these “tensions.” Every part of the organization wants to get things flowing, following constructal theorist Adrian Bejan. To resolve tensions is to get things flowing–that is, towards realizing the mission.

At the risk of oversimplification, let’s break it down:

The devil is of course in the proverbial details. And learning the system is rather like learning a team sport: You can’t learn the game from the rulebook. You have to get out there and practice. But in doing so, practitioners can become Holacracy pros–increasing organization efficiency while scaling.

But how far up can Holacracy scale?

Complexity scientist Yaneer Bar-On warns of the coming breakdown of the current order:

Why should governments fail? Because leaders, whether self-appointed dictators, or elected officials, are unable to identify what policies will be good for a complex society. The unintended consequences are beyond their comprehension. Regardless of values or objectives, the outcomes are far from what they intend.

But Bar-on suggests a solution. It begins with widespread individual action that transforms society — a metamorphosis of social organization in which leadership no longer serves the role it has over millennia. A different type of existence will emerge, affecting all of us as individuals and enabling us to live in a complex world.

To be successful in high complexity challenges requires teamwork. Each team member performs one part of what needs to be done, contributing to the complexity and scale of what the team does while limiting the complexity each individual faces.

Holacracy — or something close to it — seems to be a system that that adequately deals with complexity through the application of superior team dynamics.

If Brian Robertson is to be believed, it’s possible for Holacracy to scale to the level of society. I think he’s onto something. Robertson draws influence not only from his computer science background, but from integral theorist Ken Wilber. In his philosophical work, Wilber expands on Arthur Koestler’s holarchy, that is, the idea that systems can give rise to systems (that can give rise to systems) at different levels of description.

And with that we come full holon. Robertson puts it best:

Anarchy comes from the greek “an”, meaning without, plus “arkhos”, meaning rulers. Anarchy doesn’t mean without rules, but without rulers. If you have the right rules, the absence of top-down rulers doesn’t remove order —i t simply enables order to emerge dynamically from peer-to-peer interactions distributed throughout a system, one tension at a time. So by this definition, you could describe Holacracy as a rule system for humans working together in anarchy—with rules, but without rulers.

Hmm. I thought anarchy was all punk rock and molotov cocktails.

Getting There from Here

By this point, you might want to know how to get there from here. With humility, I offer what can only be described as a set of interconnected cliches that one might associate with crypto-enthusiasts:

I realize that last point is a rather dark note on which to close, but keep in mind that as society becomes more complex, hierarchical governments running on DOS will have a hard time keeping up with the information processing demands. Meanwhile, practitioners of Holacracy will be running their distributed organizations and changing their relationship to power. They already hold the source code for a new era of rules without rulers.

Do you think holacratic forms of governance will replace democracy?

The post Holacracy: Governance in an Age of Innovation and Subversion appeared first on Bitcoin News.

Nasdaq says it can lead the fight against market manipulation and fraud that has been plaguing the cryptocurrency market. In...