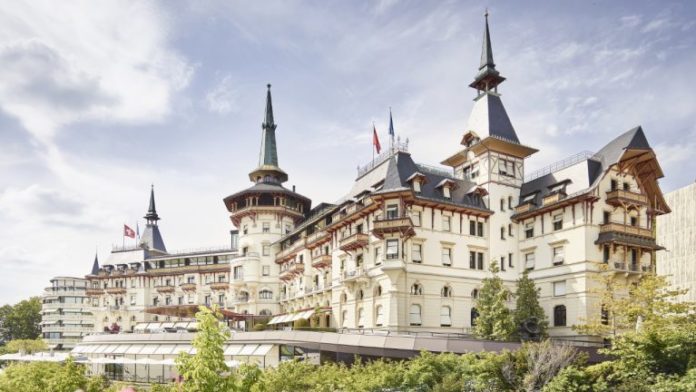 The number of hotels with a bitcoin ATM on-site is growing in Switzerland. The latest announcement came from The Dolder Grand, a luxury hotel and spa in Zurich, which recently installed a crypto ATM supporting four cryptocurrencies.

The Dolder Grand announced Monday that a cryptocurrency ATM has been installed at the hotel for guests to buy and sell cryptocurrencies on-site. The announcement states:

As of now, guests of the Zurich Hotel Dolder Grand can buy and sell cryptocurrencies on site – conveniently at the crypto ATM. This is made possible by a device from the Swiss cryptocurrency financial specialist Värdex Suisse.

Hotel guests can use the machine to buy four cryptocurrencies — bitcoin, bitcoin cash, litecoin, and ethereum — with Swiss francs and euros. They can also sell BTC for Swiss francs.

The Dolder Grand started accepting bitcoin for overnight stays, food, drinks, and spa treatments last year. According to the announcement:

The demand for cryptocurrencies has increased significantly since the outbreak of the coronavirus crisis. Many use the Värdex machines to gain initial experience with cryptocurrencies.

The crypto ATM installed at The Dolder Grand is operated by Värdex Suisse, which has the largest network of cryptocurrency ATMs in Switzerland. Founded in 2017, Värdex is a spin-off from Bitcoin Suisse AG. Based in Zug’s crypto valley, the company is a regulated Swiss financial intermediary.

Besides The Dolder Grand, other hotels that have a Värdex Suisse cryptocurrency ATM installed include Hotel 46a, Parkhotel, Hôtel Régina, Hilton Zurich Airport, and Hotel Hecht Gottlieben. The company says that hotel guests “actively take advantage of the opportunity to easily buy and sell cryptocurrencies at ATMs.”

Do you think all hotels should have a bitcoin ATM? Let us know in the comments section below.

The post Hotel Bitcoin ATMs on the Rise With Addition of Swiss Hotel Dolder Grand appeared first on Bitcoin News.