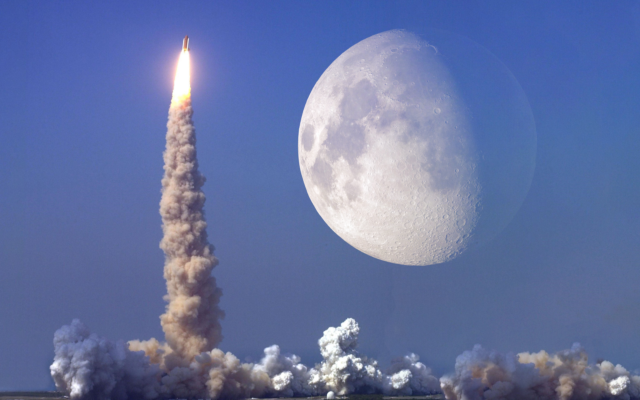 Bitcoin price prediction models vary greatly but one analyst that has been correct on numerous occasions has plotted a path to $70k BTC by the end of the year.

Bitcoin Holding Gains
There has been no pullback since crypto markets erupted a couple of days ago and bitcoin is holding its gains. For the past few hours BTC has been trading just below $8,700 but it started to move again topping $8,800 as it reaches resistance.
BTC price 1 hour chart – Tradingview.com
The Tradingview.com chart shows that the bulls are still very much in control of markets and there has been no dumping this year.
Since January 1st, bitcoin has notched up a gain of 24%; out performing most traditional assets and many of its crypto brethren. Bitcoin dominance has fallen however, following the epic altcoin pump earlier this week. It is currently at 67.5%, its lowest level since late October.
Popular crypto twitter commentator, ‘Whale Panda’, pulled up a bitcoin price prediction chart drawn back in 2018 by Tradingview user, PentarhUdi. Despite being over 2 years old, PentarhUdi’s work predicted bitcoin’s price movements to date flawlessly.

I’m not easily impressed by charts but this guy nailed the Bitcoin chart since December 2018.Impressive.https://t.co/7ipBCJshUb
— WhalePanda (@WhalePanda) January 16, 2020

The crypto capitulation in December 2018 was predicted as BTC fell to $3,200. The top of around $14k in the middle of last year was correctly called, as was the 50% pullback into the $6k region. His prediction for BTC price at the moment is spot on at just below $9k.
If that uncanny accuracy continues to apply bitcoin should continue to climb throughout the year, breaking its all-time high in June just after the halving.
Following that, prices could blast all the way up to $70k by the end of 2020.
Several aspects could influence such a move including the halving which many assert has not been factored into current prices. Add to that the premise of further geopolitical and economic tensions and there is the recipe for a bull market.
Once bitcoin reaches the five figure level again the FOMO will escalate and new capital should start flowing in.
Short Term Direction
Analysts are also eyeing much shorter term movements as BTC struggles to top $9k. Trader ‘Big Cheds’ has noted the formations and is calling a pullback.

Support currently lies at $8,500 with further levels at $8,100. On the upside the 200 day moving average would serve as resistance just above $9k.
Economist Alex Krüger has considered the Chinese New Year factor and the notion that BTC will be sold off to buy gifts.
Data indicates $BTC does not underperform preceding the Chinese NY

Some think the Chinese New Year may impact $BTC negatively, as people sells bitcoin to purchase presents.
Chinese New Year starts with the 2nd new moon after the winter solstice. This year it falls on Jan/25.
Data indicates $BTC does not underperform preceding the Chinese NY

So far bitcoin is holding steady and the bullish momentum looks set to continue this year.
Will BTC blast past its ATH this year? Add your comments below.

Bithumb, a major crypto exchange in South Korea, has taken the country’s tax authority to court over a “groundless” tax...