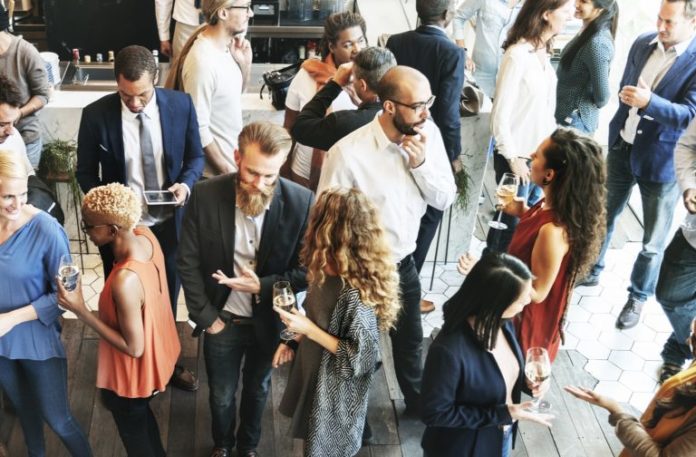 Everybody loves a story. When it comes to how people first got into cryptocurrency, there’s no exception. Crypto Twitter (CT) is full of humorous, thought-provoking, and unexpected tales of diving down the Satoshi rabbit hole, and the reasons for entering the space are as diverse as the people themselves.

Reasons for Getting Into Bitcoin

Trawling CT, one can find many scattered gemstones and nuggets of interest about people’s discovery of Bitcoin. Recently there have been a few prominent threads asking for folks to share how they first became interested in crypto, and the reasons given fall into a few broadly defined categories. First, there’s the philosophical angle. Libertarian-minded individuals realized they could keep their own money and help to subvert the war-mongering, abusive Keynesian economic powers that be. Second, there’s the pure convenience approach, where, “hey, the stuff just works, so I’m going to use it.” There’s the tech angle and entrepreneurial angle, for those who saw the burgeoning growth of a new and lucrative industry. And finally there’s the straight “show me the money” crowd. Some tweets illustrate a little bit of everything, as well as the random, haphazard circumstances that often come into play.

There’s something extremely exciting, hopeful and uplifting about mantras of “bitcoin not bombs” and the prospect of real economic sovereignty. Many previously uninitiated folks found in crypto an invigorating and simple freedom. The realization that this is what money was always meant to be, and a tool to achieve greater individual freedom and quality of life for everyone. User @DougFMoeller writes:

Bitcoin is freedom to interact.

When prompted with “What was it that excited you about cryptocurrency,” user Preston Thornburg replied it was “the premise of a global currency that sees no borders.”

On August 23 Mycrypto.com tweeted “How did you first get into crypto / blockchain? What made you stay?” @doerkadrian replied: “Open platforms without vetting or KYC restrictions. The momentum of the tech. And the welcoming community sucked me further in.” There are also certain business models in which relative anonymity and protecting real identities are important for workers, such as escort services and purchasing substances the state has deemed illegal. Silk Road is an oft-mentioned inspiration as well, being that many governments of the world still have an obsession with caging and violating people for peaceful possession of plant life. It’s always convenient not to get your head smashed in by police when going about your private, daily business.

Even elected government officials are testing the waters, with Berkeley Councilmember and attorney Ben Bartlett purchasing cannabis for bitcoin cash in California on September 10. As news.Bitcoin.com reported, co-founder of financial platform Cred, Dan Schatt, noted at the event: “We are thrilled to build technology that solves real problems for customers, merchants, and politicians which will help usher in the next 100 million users of crypto.”

Some entrants to the holy church of crypto approached not in any sort of reverent, ideological way, and not even for simple convenience. They were practical observers of a burgeoning new tech industry bringing with it myriad innovation and opportunities.

Wife said to me in Dec 2013 that my Christmas present was for me to learn how to mine Bitcoin. I told her I would work it like my 2nd job. I no longer need to work now. Still with my wife.

Bitcoin.com’s Executive Chairman, Roger Ver, cites a plethora of factors influencing his initial investment back in 2011, with the tech behind the project being a central one:

Show Me the Money and Other Amusing Tales

Everybody likes to have money. After all, without it, there’s not a whole lot one can do to bring their visions to life. Visions of overthrowing existing financial systems, creating a tech startup, or even securing that long-awaited moon Lambo are pretty tough to realize without a little cash flow. Some of the commenters on Twitter are well aware of this, and aiming at beachside mojitos and beyond. Others are simply chewing the fat and sharing unique crypto tales in humorous and amusing fashion.

One user going by the name Koodge wrote:

Fell off a ladder and while recovering to go back to work i found the btc white paper. Took me several weeks to pull the trigger.

Some made a point of calling out the posters of “how did you get into crypto” prompts with tongue-in-cheek retorts like “None of your business, IRS” and “Nice try IRS.” Others sardonically lamented the moment they were lowered into the nether regions of crypto Twitter by their own fatal curiosity:

Whether one is interested in getting rich quick, entering a new field, or taking down banks and governments, a common theme emerges: freedom. Freedom to do business without intrusion from third parties, to build wealth, to support charities, and to sip tropical drinks while admiring a newly purchased sports car. Simple freedom of expression and speech. The version of the internet powered by bitcoin and blockchain have the potential to facilitate these things for all. This is something even folks from vastly different philosophical and socioeconomic backgrounds can appreciate. Crypto is presented by many as a chance to share one’s story and vision more powerfully, and a unifying force where fiat money like USD so often disempowers. Escape from even that paradigm may be possible, as noted in a since-deleted tweet from NSA whistleblower Edward Snowden, where he stated:

For those tired of paying for bombs, robbery of businesses, and violence against non-violent people everywhere, the potential holds great hope for the future of Bitcoin, and for the stories of individuals who love permissionless cash around the world.

How did you get into Bitcoin? Let us know in the comments section below.

The US’ largest bank has signed the first lender from cryptocurrency-friendly Singapore to its Blockchain payments platform. OCBC Joins 342...