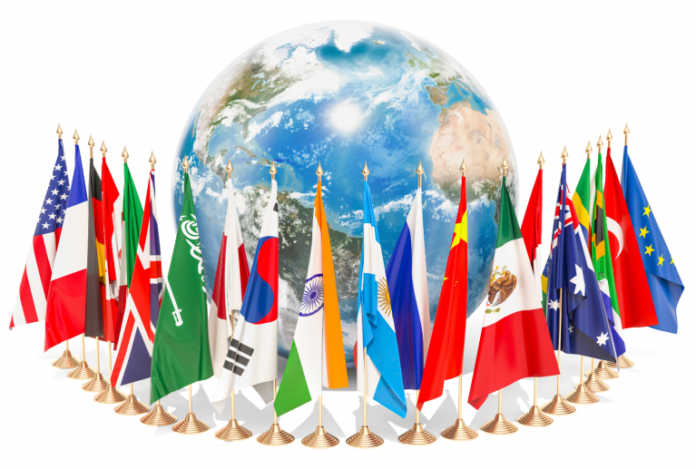 Central bank digital currency has become a hot topic among finance ministers and central bankers worldwide, with some G20 countries ahead of the rest on work done toward issuing their own digital currencies. Experts have weighed in on their expectations of when the first G20 digital currency will be introduced.

When Will a G20 Central Bank Issue a Digital Currency?

When might we see a fully-fledged digital currency from a G20 central bank? … they’ll be making moves towards just that in the next two to three years.

Last week, ING Group held a joint event with the Official Monetary and Financial Institutions Forum (OMFIF), an independent think tank for central banking. At the event, OMFIF Deputy Chairman Philip Middleton revealed a less optimistic view. Discussing the prospects of CBDCs, including the advantages and drawbacks of such an offering, he opined: “I think we’re a long way off a G20 central bank issuing a fiat digital currency.” While asserting that Sweden’s efforts are the closest a central bank has come to issuing a CBDC, he expects Asia will be ahead of most other countries in this area.

Some G20 central banks are already experimenting with CBDCs, many of which have publicized their progress. China, for example, has frequently been in the news lately because its central bank was rumored to soon introduce a digital yuan. The People’s Bank of China (PBOC) claimed last month that the country’s sovereign digital currency was “almost ready.” However, PBOC Governor Yi Gang clarified last week that there is no timeframe for the launch and more time is needed for further research, testing, trials, assessments, and risk prevention.

Unlike China, other G20 nations are not claiming that their CBDCs are near launch-ready. In the U.S., Federal Reserve Chairman Jerome Powell said this month that the Fed is not considering issuing a CBDC right now. “We are following very carefully the whole question of digital currencies,” he remarked. “It’s not something that we are actively considering … For us, it raises substantial, significant issues that we want to see carefully resolved.”

Japan is also not planning to issue a CBDC in the near future, partly due to uncertainties over how it would affect conventional commercial banking, Bank of Japan Deputy Governor Masayoshi Amamiya explained in July. “If central bank digital currencies replace private deposits, that could erode commercial banks’ credit channels and have a negative impact on the economy,” he detailed, dismissing the idea that central banks can boost the effectiveness of negative interest rate policies by issuing digital currencies.

South Korea is another crypto-advanced Asian country without a plan to issue a central bank digital currency. Earlier this year, the Bank of Korea released the results of a study it conducted on the prospect of issuing a CBDC. “We have no plans to issue any type of CBDC that is available for all people in the near future … We have to work further on [the] benefits and costs of CBDC implementation first,” an official of the central bank told the press.

India is currently deliberating on a draft bill containing a provision for a CBDC. The bill seeks to regulate state-issued digital currencies while banning other cryptocurrencies. It has not been introduced in parliament and the Indian crypto community is arduously lobbying lawmakers to change it.

Russia, on the other hand, has repeatedly indicated that it plans to issue a CBDC, but not in the immediate future. Bank of Russia Governor Elvira Nabiullina said in June that the technologies must be reliable in order to launch such a project. “If we are talking about the national currency which works for the whole country … this requires that the technology allows for reliability and continuity. Technologies, including distributed ledger technologies, must be mature.”

Bank of England Governor Mark Carney recently proposed a digital reserve currency to replace the dollar as the world’s reserve currency. He suggested that such a currency could help provide equilibrium to the financial system during periods of uncertainty.

Several European central bankers have expressed their optimism and support for central bank-issued digital currencies. European Central Bank board member Benoit Coeure said this month that Facebook’s Libra was “a wake-up call” for central banks. In response to the social media giant’s plan, he further suggested: “We also need to step up our thinking on a central bank digital currency.” In a joint statement, France’s Finance Minister Bruno Le Maire and his German counterpart, Olaf Scholz, said:

The Swiss National Bank’s governing board member Thomas Moser believes that a CBDC will be introduced sooner rather than later. Reuters reported him saying Friday that he “wouldn’t be surprised to see a first central bank issue its own digital currency within the next year.”

What do you think of the G20 countries issuing their own central bank digital currencies? Which country do you think will issue the first one? Let us know in the comments section below.

Images courtesy of Shutterstock and Channel 4.

27-year-old Agatha Bacelar is a Brazilian-American immigrant from a STEM background, and she’s targeting Speaker of the House Nancy Pelosi’s...