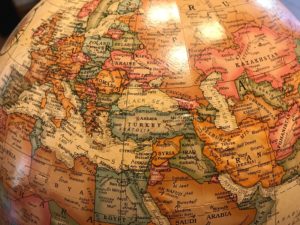 Since we’re living in a digital age, isn’t it about time we moved away from physical assets? And if we do, how much bitcoin would countries need to replace gold?

How Much Bitcoin Would Countries Need to Replace Gold?

We spend most of our lives online. We run businesses, organize events, and even get our social fix through digital channels.

Now we have a far more efficient store of value than heavy chunky gold bars; is it inevitable that countries replace their gold reserves with a digital asset like Bitcoin?

As @Rhythmtrader points out in his tweet, this is how much bitcoin the following countries would need to replace their current gold holdings:

This is how much bitcoin each country will need to replace their current gold holdings:

We’re in the digital age, digital gold is inevitable.

‘We’re in the Digital Age, Digital Gold Is Inevitable’

While there’s plenty of weight to that argument, it’s unlikely that many countries will part ways with physical gold just yet.

Bitcoin is seeing much-needed stability over the past few months. However, according to gold bug Peter Schiff, it still failed the safe haven test “again” recently.

He was referring to the end of last month on a day when trade tensions sent global stock markets plunging–and investors flocked to their safe havens. The Swiss franc, Japanese yen, and gold all climbed–while bitcoin experienced an 8% drop.

Bitcoin is moving in the right direction to replace cumbersome and outdated precious metals. From its absolute scarcity to the fact that you can move it around the world in minutes, it is superior in so many ways.

But while countries still struggle to understand and keep up with the technology and users remain concerned over how to keep their bitcoin safe, governments and central banks would rather stick with their physical deposits of gold bullion than stay awake at night wondering if their BTC will be gone in 60 seconds.

Do you think countries will replace their gold stores with bitcoin? Add your thoughts below!

The post How Much Bitcoin Do Countries Need to Replace Gold? appeared first on Bitcoinist.com.