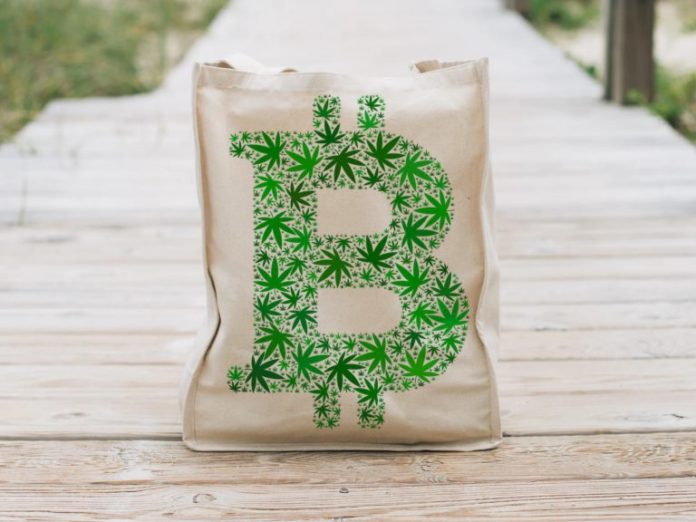 So you’ve got a little bitcoin to your name but are all out of weed. What you gonna do? Well, if you’re fortunate enough to live in a region where marijuana is legal, there are ways to exchange the two. While if you don’t inhabit such an enlightened area, rumor has it there are still ways and means to get your fix without touching fiat. Here are five options for legally buying weed with bitcoin.

How to Swap Sats for Sativa

Bitcoin and weed go all the way back to the Silk Road in 2011, and the duo remain staples of the darknet. The weed world has come a long way since then, however, with scores of U.S. states legalizing recreational use of marijuana starting with Colorado and Washington in 2012. Today, medical marijuana is legal in 29 U.S. states and it’s recreationally legal in nine. Around the world, 30 countries have legalized medical marijuana, while there are four countries where it is recreationally legal (Canada, South Africa, Uruguay, and Georgia) subject to certain conditions, and dozens more where it is decriminalized. Unless you reside in Asia, you’re probably not far from a country where it’s legal to blaze up, and are almost certainly near a locale where the authorities have no interest in what you do in your own home, provided you’re not bothering anyone. Failing that, you can at least benefit from the non-psychoactive part of the marijuana plant, by legally purchasing CBD products such as coffee with bitcoin. However, with a number of vendors willing to ship weed directly to your door, it’s possible to swap sats for sativa without leaving the house. Here are five ways to buy weed with bitcoin. There are medical marijuana dispensaries dotted all over the U.S. and Canada, while the Netherlands is home to an array of coffee shops that serve the same purpose, with a handful of other European nations following suit. Bitcoin acceptance is very much piecemeal, but if you can find a store that will let you spend sats, you’ll be hooked up for as long as you’re in the neighborhood. Ohana dispensary in Emeryville, California, accepts crypto, and last year was the setting for the first crypto purchase of marijuana by an elected official. A few other dispensaries along America’s West Coast, including Seattle, are also known to accept bitcoin. If you’re fortunate enough to live in a region where weed is legal, you should be able to find an online store that will ship to you. Naturally you’ll need to pass verification checks, which include proving your residence, but once approved, you’re free to order all manner of THC-laced goods, from edibles to smokables. Canadians can get hooked up by Herb Approach which accepts BTC. Current deals include an ounce of Cheese for CA$170 – that’s 40% off – or a half ounce of Violator Kush for CA$87. The store also sells extremely potent shatter hash.

If you’re choking for a smoke, this option isn’t for you. Bitcoiners in less of a hurry, however, may like the idea of ordering cannabis seeds by mail, bought with BTC. Dutch company Royal Queen Seeds accepts bitcoin and ships globally. The highly rated store stocks a wide range of autoflowering, feminized, and CBD seeds as well as CBD oil. Choose from such strains as Northern Light Automatic, Quick One, and perennial favorite Amnesia Haze. Bitcoin holders are known for their low time preference. If you can wait 12 weeks, while lovingly tending your crops, you’ll take receipt of some of the finest cannabis known to man.

Other online seed stores that accept bitcoin include U.K-based Attitude Seedbank and Seedsman, which promises offers such as three feminized white widow seeds free when you spend €30.

Technically speaking, none of the darknet vendors selling weed are licensed to do so. Technically speaking, that’s not your problem. If it’s legal to consume weed where you live, who are you to police the sellers and worry about whether their paperwork’s correct and tax is filed? Leave that to the cyber cops. If you can access the darknet, you can find your way to a store that’s stocked with everything you need to make it through long weekends, quarantine, and extended house arrest.

What other methods of legally buying weed with bitcoin have you heard of? Let us know in the comments section below.

The post How to Buy Weed With Bitcoin appeared first on Bitcoin News.

Ripple partner Forte announced that it had teamed up with five game developers to leverage its blockchain platform for mobile...