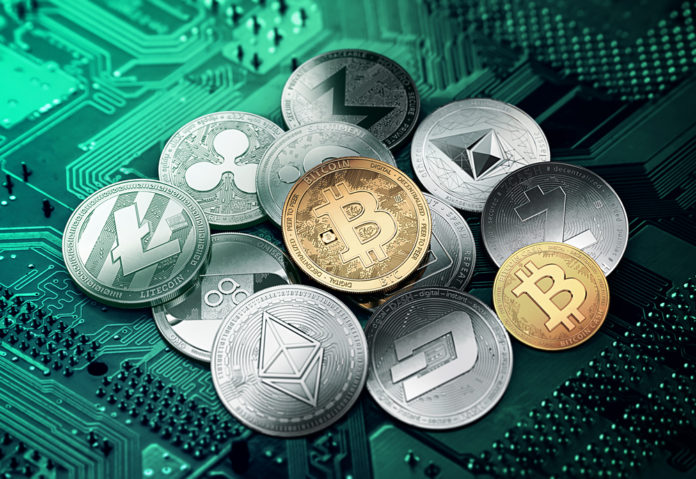 The first cryptocurrency emerged in 2009, but digital money only reached the peak of their popularity eight years later. From March through September 2017, the interest to virtual currency grew, as the market was entered by increasing number of people enchanted by the opportunity to make easy money.

Bitcoin grew at a dizzying pace, with minimum investments promising high profits. Most of investors had no idea of what cryptocurrency and blockchain technology were – they saw this overall chaos as a gambling tool rather than a promising idea, and that is why they recklessly invested even into dead-end projects.

What are Newcomers’ Chances to Earn on Cryptocurrency

For newcomers, it is actually impossible to earn on cryptocurrency. They are driven by emotions, being unaware of how to behave on exchange and how to distinguish a pyramid from a lucrative idea.

Movements in selected virtual currency rate to one side or another, provoking posts on exchange forums, negative news hooks, and the greed for quick and big gain – all these factors lure to cast huge capitals to the wind and return from the cryptocurrency market empty-handed.

When it comes to the last year’s December, in the twentieth days of which bitcoin reached its historical peak, this was the time when non-professional traders demonstrated themselves larger than life. People got loans, mortgaged their real property, and borrowed large amounts from their friends and family members, actually tossing them into nowhere – these novices were unable to deal with their money in the cryptocurrency market correctly.

The new wave of fresh-baked traders arrived in January 2018, when major holders of virtual assets began dropping out of the game gradually.

Newcomers didn’t dare entering the market in the previous year, when the market was growing, but afterwards, pushed by the wave of universal hype and inspired by the tales of gigantic profits with minimum investments, they invaded exchanges during correction period. The probability that anyone of them is able at least to return their investments and to break even is extremely low.

However, professional traders, who can earn on cryptocurrency even at the time of its fall, still remained in the market. They have specific experience, they are able to fish useful information out of the cryptocurrency rate curve, they know how to hit the newcomers’ “panic button”, and they feel which virtual currency will score a big win for sure. Such people tend to stay in the shadow, they trade inconspicuously and earn a lot. And the point is that they earn on account of inexperienced traders.

Each digital currency carries a certain idea that may or may not be socially beneficial. All cryptocurrencies have their ups and downs that provoke various newsworthy events launched by developers or interested traders. To make a new-sprung trader panic and act impulsively is a matter of five minutes.

There is an endless number of instructions as to how to behave in stock markets. But could a person, who invested his/her several salaries into the digital coin, remain really sane, when it plunges? No amount of chamomile tea or calls to mom can save the situation – the newcomer is unable to gather wits and presses the “Sell” button just prior to beginning of cryptocurrency’s growth.

The market of virtual money is non-regulated with chaos reigning therein; it has no rules of the game or any scenarios. A greener may withdraw from the market with money in pocket by chance only. Even if lucky, such person would hardly stop, having sensed the victory. And in a couple of hours after the triumph, he/she will probably forever lose the assets invested. There is no place for amateurs on cryptoexchanges!

What’s Going on in the Cryptocurrency Market Now

In this year’s January, the correction started, having lasted until mid-spring. Positive movement emerged in March, however the market began falling in the twentieth days of May. Cryptocurrency’s linear chart is a rare phenomenon that perhaps can only be observed with Tether, which is tied to US Dollar. All others have broken charts with intermittent growth, which can never be predicted.

No one knows how cryptocurrencies are going to behave in the nearest future, with all forecasts being stabs in the dark. Just look at this year’s predictions for bitcoin and see it for yourselves. No experts and analysts could ever imagine that bitcoin will float at USD 8,000 mark. The prophecy was its vigorous growth to as high as almost one million by early summer already, but there isn’t even the smell of this so far.

This being the case, when (if at all) should one enter the market? They say one should buy a crypt when it is falling and sell when it is growing. But what is the probability of its reaching the peak, instead of just being dynamic? It sometimes appears, as if everything happens purely by chance, at random. One can hardly invent some strategy here and act reasonably amid jumpy rates. Nevertheless, people do manage somehow to earn on cryptocurrency!

How Do Professional Traders Make Money at Exchanges

All these stories about ordinary students or mid-level managers, who bought digital coins and sold them in time, are nothing more than tall tales to attract greeners to the game.

For the market to grow and for billions to circulate therein, considerable investments are required, and these are the newly appeared traders, who supply them. They have read a number of instructions, practiced on special simulators, played with Dogecoin and decided they can qualify for their first million now.

There are thousands of instances of disastrous attempts to break into the cryptomarket. However, only very few people can willingly confess their failures, that is why they are hardly ever presented for public debate. For this is such a shame – to sell a car or a house, then to invest into bitcoin and be left with nothing.

Professional traders are yesterday’s novices, who suffered a number of failures and realized what it is all about. There are some instruments that enable them to get positive results in the form of profit when speculating in exchange rate differences. Their number is limited, they are the most professional players, with newcomers having no access to them. People join them in a gradual manner, when they start treating their each step in the stock market more deliberately.

Professional traders are aware of the fact that the rate of a particular cryptocurrency may vary significantly, if observed from several exchanges at a time. For example, that same bitcoin may trade at USD 8,100 level on one exchange, and at USD 8,180 on another one.

Such a difference between the rates of the same virtual currency on several exchanges at a particular time point is called an anomaly and may vary from 1% to 5%. The anomaly appears and disappears in a matter of seconds, and if luckily caught, it may bring profit even under falling market conditions. Moreover, mere catching is not enough – this should be done according to all standards – to purchase cheaper and to sell more expensive. And for this purpose, one should have buffer accounts with various cryptoexchanges and possess a perfect tool capable of a flash-like response to emerging anomalies and purchase of beneficial positions with due regard to demand and supply volumes.

There exist special-purpose arbitrage bots capable of trading between exchanges from client accounts. They carry certain interest, but these desired millions cannot be earned with them. The technology is far from being perfect so far, and the period of such bots’ response to rate differences is intentionally slowed down by exchanges themselves. Professional traders never use these bots, but they are trusted by greeners. That speaks for itself.

How to Start Earning at the Professional Traders’ Level

Definitely without special-purpose bots and not by oneself. Even if you find a four-leaved clover and you always won the “Musical Chairs” game, you will anyway lack speed and luck to detect an anomaly, to purchase and sell a position.

The CrypStock inter-exchange trading crypto-system has been developed very recently as an aid for both newcomers and professional investors. The developers – a group of Israeli stock exchange experts created a perfect technology that swiftly responds to anomalies and strikes transactions with lightning speed as soon as anomalies appear. The period of response to an anomaly is less than one second.

At the time, CrypStock (www.crypstock.io) undergoes preparation for ICO, but the test version is already operational. It is available at the developer’s website and can be tested. It looks convincingly – the users can see the anomalies taking place at the moment and the profit that can be gained should a deal be effected. As of now, 20 transactions per second can be effected, this number to increase in future.

As part of CrypStock, several tools were developed for the users, the tools allowing to earn on rate differences. Purchases and sales of large cryptocurrency volumes are effected on more than 30 exchanges at a time and exclusively by top positions of the sales book. The system is capable of closing hundreds of profitable transactions per hour.

CrypStock developers call their project the revolutionary inter-exchange system and make an interesting proposal to investors – to place their funds on buffer accounts of stock exchanges, to effect transactions and share the profit generated. According to CrypStock website, the system is just unable of losing money, as it’s been happening to traders since last December until now. The transaction will never take place with its result being other than profit.

CrypStock is a serious project in the process of successful development. For users’ convenience, it has even launched its own network of cryptomats. The developers are driven by a grand conception – to free amateur traders from unnecessary agitation of dealing with the funds on exchanges. CrypStock system offered by them allows providing the newcomers with fixed returns, which they cannot reckon upon in other circumstances.

At the project’s official website, users can measure their potential return on investments into CrypStock project, get to know the team of developers and read the project’s White Paper. By the way, one can become a CrypStock franchisee and acquire one’s own cryptomat on beneficial terms.

It is practically impossible for inexperienced traders to gain profit on a cryptocurrency exchange. This is people making their first steps in the cryptocurrency market, who usually serve the source of earnings for professionals.

There are practically no projects that would assist the newcomers in snatching their share of profit at the exchange. CrypStock is an enjoyable exclusion, which is going to be in high demand in future. The system is profitable by default, since transaction will simply be impossible unless bringing income. The users will receive payments on a permanent basis in proportion to contributed funds in Ethereum units.

It is never too late to enter the cryptocurrency market – the opposite is only stated by unlucky traders, who have blown their money for nothing and are reluctant to confess this fact. Earning on cryptocurrency can really be possible, when approaching the issue in an intelligent way and using appropriate tools, such as CrypStock. 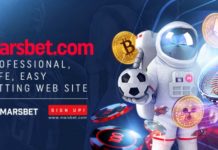