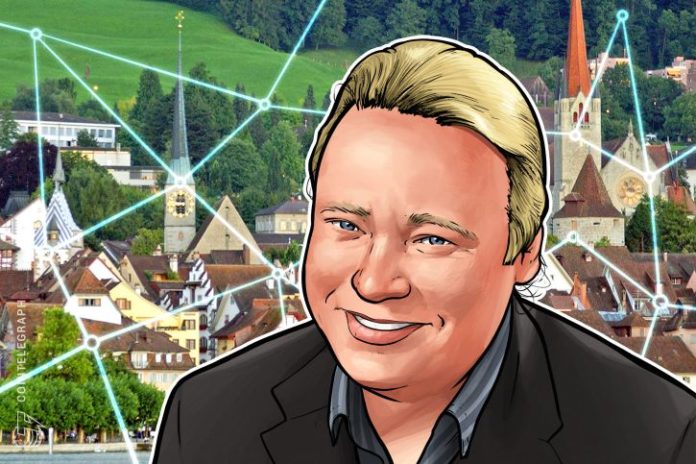 In an interview with Swiss business newspaper Handelszeitung, Behlendorf said that the coming wave of technology “will not be shaped by Silicon Valley,” adding that too many companies in Silicon Valley want to be the center of the world and “have a blind spot when it comes to blockchain.” Behlendorf stated:

“Tech giants such as Google , Amazon or Facebook will undoubtedly pick up blockchain and generate business models from it. However, I think that the core of Blockchain — as a decentralized technology — will diminish [their] market power.”

Behlendorf said that he sees a parallel between the current blockchain and crypto boom, and the dot-com craze of the late 1990s:

“It was the time when Silicon Valley founders could capitalize on any kind of business plan. Even the investment market around Blockchain today is definitely overheating. The good side is that in this way a lot of capital is flowing to develop software.”

According to Behlendorf, Hyperledger is “not looking at the [initial coin offering] ICO market or the cryptocurrency market at all. We are looking solely at the potential of blockchain technology.” He added that blockchain projects in testing supply chains are not given enough attention.

UK-based Juniper Research recently published a study, suggesting that the integration of blockchain technology by multinational tech companies was only a matter of time. According to the study, 6 out of 10 such companies are considering adopting the technology or already in the process of developing their own blockchain services.

On June 1-3, 100+ coders gathered together for the ‘BCH Geek’ in Hangzhou, China, an event that focused on developers...