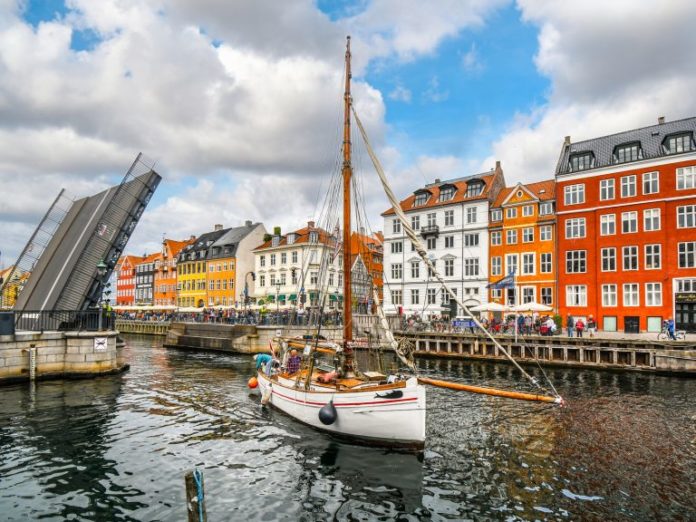 In this edition of The Daily we cover the latest international expansion by SMS bitcoin cash wallet Cointext, the new Keycard hardware wallet and the withdrawal of a cryptocurrency ETF proposal. Also, a gang of cyber criminals allegedly used the popular battle royale game PUBG to coordinate stealing millions in cryptocurrency.

Cointext, a platform that enables users to transfer cryptocurrency offline using simple text messages, has launched its service in two new European markets. The SMS bitcoin cash (BCH) wallet has now been made available in Denmark and the island of Jersey. This brings the total number of regions around the world supported by the network up to 42. New users in these markets can get a Cointext wallet by texting START to the access number 4592452565 in Denmark or 447937900030 in Jersey.

The Cointext wallet allows anyone with even a basic mobile device that supports text messages to send electronic cash to other phone numbers or BCH addresses. What’s more, to receive the money, the recipients don’t even need to download a wallet, install an application, set up an account or even have access to the internet.

Status has announced on Wednesday that it is reintroducing Hardwallet as Keycard – a hardware wallet with an open API that is meant to enable developers from the community to integrate it with other wallets or hardware and even build their own smartcards. The new hardware resembles the form of a credit card and it relies on NFC technology instead of a connected USB port to unlock private keys and enable contactless payments. The company says that when the card is available for purchase, it will cost around $29 and will ship anywhere in the world. It is also said to support several digital assets including BCH, BTC, LTC, XRP, ETH and ERC20 tokens.

The company revealed that a couple of teams are already developing applications based on the Keycard API and hardware. “The Keycard API is an excellent open-source reference implementation for applying standards across the crypto industry to JavaCard development. If you’re developing a JavaCard applet that utilizes crypto, this is the place to start,” said Mark D’Agostino, the CEO of Grid+.

The first batch of Keycards are said to be in production and expected to be available for developers to beta test in March. The company hasn’t set a hard date yet as to when Keycard will be available for purchase by the general public.

This Monday, Reality Shares ETF Trust filed a registration statement with the U.S. Securities and Exchange Commission (SEC) for an ETF that will invest in bitcoin futures as part of its investment strategies. However, by Tuesday the SEC already forced the withdrawal of the crypto ETF proposal. The Reality Shares Blockforce Global Currency Strategy ETF was meant to be an actively managed fund listed on the NYSE Arca exchange. Its portfolio was supposed to include bitcoin futures traded on the Cboe Futures Exchange and the Chicago Mercantile Exchange as well as sovereign debts and money market mutual funds. The withdrawal request reads: “Reality Shares ETF Trust hereby respectfully requests the withdrawal of…the Trust’s Registration Statement…as it applies to the registration of the Reality Shares Blockforce Global Currency Strategy ETF…The Registrant is requesting the withdrawal…at the request of the Staff of the U.S. Securities and Exchange Commission. No securities have been sold in connection with the offering of the Fund.”

Sadly, hackers targeting crypto ventures is nothing new or out of the ordinary these days. However, from time to time a case involves an aspect which is hard to ignore, such as using a video game as a tool for cyber crime.

According to reports from Turkey, police forces have arrested two dozen people in raids across the country suspected of involvement with the theft of millions in cryptocurrency. This relatively large group of people was coordinating its operations by communicating via the popular online multiplayer battle royale video game Player Unknown’s Battlegrounds (PUBG), Turkish cyber police investigators reportedly claim. The PUBG gang allegedly stole 13 million Turkish liras (almost $2.5 million USD) by hacking a cryptocurrency company in Istanbul and diverting funds from two of its accounts. During the police raids, a reported 54,000 Turkish liras in fiat cash and 1.3 million lira’s worth of cryptocurrency was seized from the suspects.

Barry Silbert: ‘Bitcoin Has Won The Race To Be Digital Gold’

“The vast majority of digital tokens… will go to zero,” Digital Currency Group CEO, Barry Silbert told CNBC. However, he...