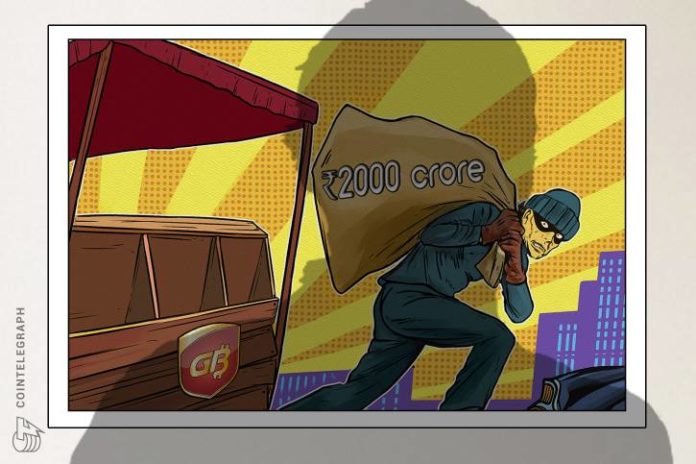 The brothers launched and ran a number of crypto-based ventures, including India’s first Bitcoin mining platform GBMiners. The move to arrest then was carried out by India’s central bank Reserve Bank of India (RBI), the Enforcement Directorate (ED), and the Cybercrime Cell of Pune Police, following the official complaint filed by a businessman Parvendra Singh.

In 2013, the two founded GainBitcoin, an investment scheme with a cloud-based platform for trading and mining Bitcoin. The platform allegedly turned out to be a Ponzi scheme that guaranteed 10 percent monthly returns within 18 months. MCAP, the token issued by GainBitcoin in an Initial Coin Offering (ICO), is considered to be a fraud, as the company has artificially manipulated the price of the token many times higher than its actual market price.

The Bhardwaj’s Ponzi-like schemes have cause uproar on social media over the years.

@amitbitcoin is a scamster.. Don’t invest with him. He can’t come to India, if hes in India n people come to know. He would be killed

According to information acquired by Factor Daily, one of many victims of the GainBitcoin Ponzi scheme is now being forced to take his funds in MCAP tokens instead of Bitcoin, as  delineated in the company’s contract.

MCAP is trading at about $0.11 at press time, up a whopping 65 percent on the day. In June 2017, it was trading at almost $8, according to data from CoinMarketCap.

“If I had just invested in Bitcoins and not GainBitcoin, today I would have made several times the money. MCAP was forced onto us and was not the payout was supposed to be in Bitcoins according to the original contract,” said the victim.

Earlier this week, RBI announced that it will stop providing services associated with cryptocurrencies, adding that it is seeking to launch its own cryptocurrency in future.

Cryptocurrency values are still slumping downwards as they have been for the past three consecutive months. Currently, the overall cryptocurrency...