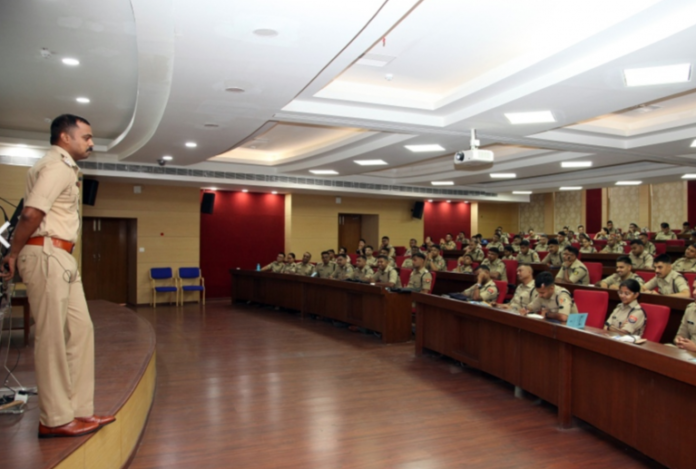 India’s national police academy has launched a cryptocurrency course for high-ranking officers of the Indian Police Service. Among the objectives of the course are the functioning and legal aspects of cryptocurrencies, as well as investigations of cases involving digital coins. The Indian police continue to regularly uncover crypto-related schemes as the government deliberates on the regulatory framework for cryptocurrency.

As the Indian government prepares the regulatory framework for cryptocurrency, the country’s police force is working on educating law enforcement officers on cryptocurrency. India’s premier police training academy, the Sardar Vallabhbhai Patel National Police Academy (SVP NPA), has announced a course on the subject to train officers of the Indian Police Service (IPS).

The course entitled “Investigation of cases involving cryptocurrencies” is scheduled to be held on Sept. 5 and 6 at the institute which is located in Hyderabad. Enrollees will be nominated IPS officers of the rank of Additional Superintendent of Police to Inspector General of Police, the institute explained. The academy has begun accepting nominations for the course; self-nominations are not accepted.

The Sardar Vallabhbhai Patel National Police Academy trains IPS officers “who have been selected through an All India based Civil Services Examination,” the institute’s website describes. The IPS cadre is controlled by the Home Ministry of the Government of India and officers of this service can only be appointed and removed by an order of the President of India, the institute emphasized. “The trained officers will be posted as Assistant Superintendent of Police (ASP) in their respective states under whom the other sub-ranks of [the] police force will be working.”

In February, India’s Union Home Minister Rajnath Singh inaugurated a national cyber forensics lab, which included a crypto forensics lab, and the Delhi Police’s cybercrime unit called the Cyber Protection Awareness and Detection Center (Cypad). It is “the first cybercrime awareness and detection center opened in the country,” Delhi Police Commissioner Amulya Patnaik said. “We are now equipped with technology to recover data from damaged hard disks, cryptocurrency analysis, malware forensic and data can be retrieved from 33,000 kinds of mobile models available in the market.”

The Indian police have regularly uncovered scams involving digital coins. Over the past two weeks, at least three crypto-related schemes were busted. The Times of India reported on July 5 that the Criminal Investigation Department (CID) has registered another crypto scam from Surat, a large city beside the Tapi River in the west Indian state of Gujarat.

“The CID officials said that the accused had launched ‘KBC coin’ six months ago and had lured investors with the promise of converting their 10 paise [~$0.0015] into Rs 10 [~$0.15] in no time,” the publication detailed. “The value of KBC coins never increased and within six months, the promoters went underground,” said CID Director General of Police Ashish Bhatia. This is the sixth crypto-related fraud registered in Surat in two years, the news outlet noted, adding that the police arrested four people in this latest case. Another crypto-related case was reported on July 3. “Delhi Police arrested a private bank manager in Gurugram for his alleged involvement in several financial frauds using shell companies and other cryptocurrency scams,” Mumbai Press wrote. The financial fraud surfaced when a resident of Delhi’s Ghonda filed a complaint against a gang that cheated him out of more than Rs 14 lakh (~$20,453) to invest in “Kashhcoin,” Additional Commissioner of Police (Crime Branch) AK Singla explained.

The accused Sandeep Singh Dua currently works as a manager at Standard Chartered Bank in Gurugram, the publication noted. He confessed to being an active member of the scheme. Six of his accomplices were also arrested, Singla revealed. Further, The Times of India reported on June 26 that the Rajasthan Anti-Terrorist Squad (ATS) “unearthed a major bitcoin scam” after four members of an interstate gang that conned several people offering hefty returns were arrested. Multiple complaints were filed alleging that over Rs 15 crore (~$2.2 million) belonging to local investors were swindled on the pretext of extraordinary returns from investing in the scheme. “The investors were assured of soaring profits at an exponential rate. Their unsuspecting victims invested in monivo.com but did not get their returns. The gang then told investors to put their money into another website identified as bet2bet,” ATS Director General Bhupendra Singh said.

The Indian government is in the process of deliberating on a proposed regulatory framework for cryptocurrency drafted by an interministerial committee headed by Finance Secretary and Secretary of Economic Affairs Subhash Chandra Garg. He said in last month that his committee’s report was ready to be submitted to the finance minister for approval.

However, the government has yet to announce the details of the recommended crypto regulation, leaving room for speculation and rumors including reports of the draft bill entitled “Banning of Cryptocurrency and Regulation of Official Digital Currency.” News.Bitcoin.com recently provided a preliminary analysis of the leaked content of this bill. Last week, India participated in the G20 meetings and joined other G20 countries to declare its commitment to applying the crypto standards set by the Financial Action Task Force (FATF).

Meanwhile, the country’s supreme court is scheduled to hear the crypto case on July 23. The court is expected to address the banking ban by the central bank after repeatedly postponing the case. The Reserve Bank of India (RBI) issued a circular in April last year banning regulated financial entities from providing services to crypto businesses. The court may also ask the government for the report with the recommended crypto regulation it previously gave the government four weeks to submit this report.

What do you think of the Indian government educating high-ranking police officers on crypto? Let us know in the comments section below.

Images courtesy of Shutterstock, SVP NPA, and the Indian government.

Bitcoin and crypto markets have been mostly sideways over the weekend. There has been little movement in either direction for...