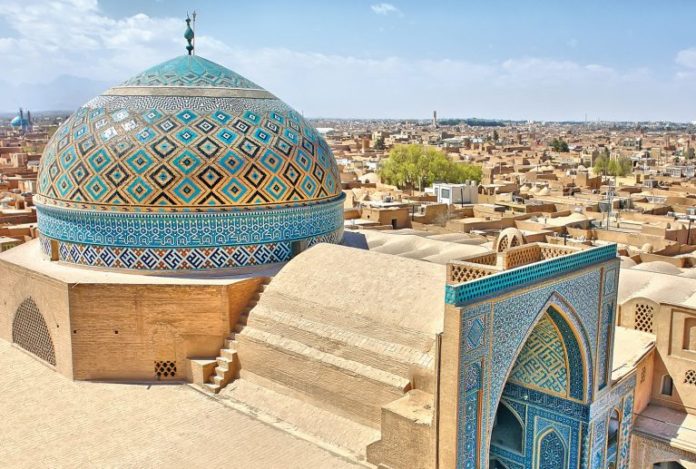 On Tuesday, the Iranian energy grid corporation Tavanir warned illegal bitcoin mining operations that they would be cut off from their supply. Following the announcement, pictures of a mining facility set up in a mosque went viral on social media.

Mining in a Mosque

On June 25, Tavanir’s spokesperson Mostafa Rajabi Mashhad explained to the press that illicit bitcoin mining facilities have increased the last two months of power consumption by more than 7%. During the first week of June, it was reported that some miners were using places like government buildings and mosques to power their mining rigs. In August 2018, Iran’s Senate Standing Committee on Power told mosque leaders that they would continue receiving free electricity. However, the deal came with a stipulation as mosque leaders were required to announce a fatwa against the use of stolen electricity. The very next month, the Secretary of Iran’s Supreme Council of Cyberspace, Abolhassan Firouzabadi, told the press that mining was officially recognized as an industry in Iran. The day after Mostafa Rajabi Mashhad emphasized that illegal bitcoin mining operations would be shut down, Twitter user Rmahdavii shared a photo of a bitcoin mine operating inside a mosque. The picture he shared shows a bunch of miners on racks within the confines of the place of worship. Rmahdavii’s tweet, which has over 4,900 likes and 638 retweets, says “You are a Bitcoin mosque — Qali-Allah.” Mahsa Alimardani explains that “mosques receive free energy in Iran and Iranians have set up Bitcoin miners in them — There’s around 100 here, producing around $260,000 USD a year.” Alimardani added: In Rmahdavii’s tweet thread, there are also two more photos shared showing the mine in the worship area. The post was not only shared massively on Twitter, but made its way to forums like r/cryptocurrency and r/bitcoin. Over the last six months, there have been two distinct reports of bitcoin miners from Spain, Ukraine, Armenia, France, and China migrating to Iran for cheap electricity. Many places worldwide will charge between $0.10-0.30 per kilowatt-hour, but in Iran prices are reportedly as low as $0.006 per KWh. Cryptocurrencies, particularly BTC, BCH, and ETH, are sold on the Exir exchange and Iranians used to buy BTC on Localbitcoins.com until the platform stopped servicing Iran. There have been a few BTC premiums on the Exir platform in Iran but nothing too out of the ordinary. Then, on June 22, a crypto asset investment fund partner at Primitive Ventures, Dovey Wan, noticed a 30% over-the-counter (OTC) BTC premium in Iran.

Iran always had a troublesome relationship with the U.S. and there have been trading sanctions against the oil-rich nation for years. However, after Iranian forces downed a U.S. drone on June 20, the Trump Administration signed an order on June 24 levying even more sanctions against Iran and its leaders. The following day, after new sanctions were handed down, the price of gold and cryptocurrency markets jumped significantly. With market prices rising rapidly and plenty of demand for cryptocurrencies in Iran, mining coins with free electricity, or even at $0.006 per KWh, must be enticing. Still, the message from Tavanir’s Mostafa Rajabi Mashhad warned that miners doing so will be “identified” and “cut off.” The Twitter post shared by Rmahdavii seemed to be a direct statement of dissent against the Tavanir injunction to shut down these types of operations.

Ethereum has seen a brief correction towards the current uptrend parabola. Analysis suggests this trend has not broken yet, and...