A lot of people are concerned about China’s economy right now. With foreign reserves falling to dangerous levels, no one knows for sure how bad the situation truly is. Massive borrowing outside China is bringing net reserves down even further. It seems unlikely the PBoC can sustain the yuan exchange rate much longer. The Chinese credit bubble is on the brink of busting, which can have catastrophic consequences.

New information provided by Kynikos Associates shows things in China are unraveling. With net reserves just above US$1. 7 trillion, things are not looking good. Official numbers put the FX reserves at US$2.998tn, albeit that number may be much lower. Keeping the yuan exchange rate afloat artificially will be challenging, to say the least.

Moreover, China is dealing with a growing debt-to GDP ratio. In 2000, the ratio was close to 100%, yet has increased ty 400% ever since. With the Chinese GDP slowing every single year, it will become much harder to create economic growth for China. In fact, it is not unlikely the credit bubble in the country will burst sooner rather than later. If that were to be the case, things will get ugly very fast.

The biggest problem is how partially inaccurate statistics do not allow for correct judgments. The government indicated China saw economic growth in 2016, albeit experts think those numbers are incorrect. It is unclear when the economy will crash in the country, albeit it is only a matter of time at this rate. Additionally, there is the Donald Trump factor that can make life very difficult for Chinese people moving forward. The credit bubble is showing dents already, yet holds its shape for te time being.

In the end, it is evident for everyone to see China’s economy is not healthy by any means. Albeit things are not as bad as Venezuela, there is very little reason for optimism. It is unclear what this situation means for the future of bitcoin in the country. With the PBoC taking new actions against exchanges nearly every week, one never knows what comes next. An intriguing situation to keep an eye on, that much is certain. 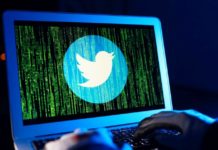 Remitano, a Vietnam-based P2P platform for trading bitcoin, has expanded its services across the English-speaking world. The company is targeting...