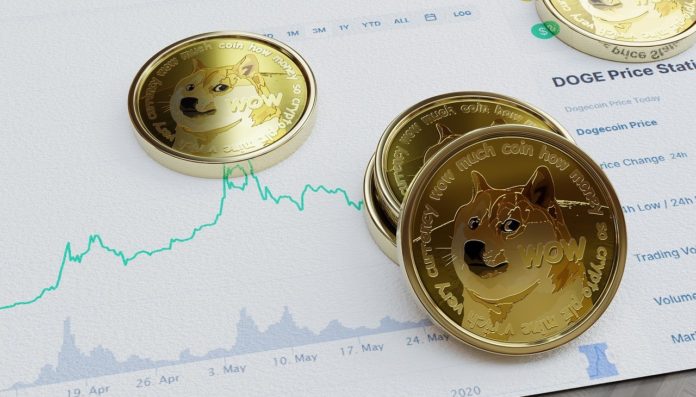 Cryptocurrency has gone from strength to strength over the last few years and is now something most people have heard of, even if they have never used it. It harnesses blockchain technology and is said to be the safest way to make transactions, with the big appeal being that it is not owned or regulated by governments and banks. The uses of crypto are growing; for example, it is now being adopted as a viable payment method at online casinos in New Zealand, the US, the UK, and many other counties worldwide.

When the popularity of anything expands at such an exponential rate, new players arrive in the marketplace no matter what the industry and cryptocurrency is no exception. The first coins were Bitcoins, and until recently, they have remained the most popular, but many others have come to the fore, and some look set to take hold in a big way. Dogecoin is one example, and its popularity seems to be skyrocketing. It was unlikely that Bitcoin would hold the crown forever, and it is just a matter of time before it falls in favour. Of course, when you get influencers such as billionaire entrepreneur Elon Musk getting behind the benefits of cryptocurrency as a concept, you can see why it has suddenly gained so much attention as everything he says and does hits the headlines. So, throwing his weight behind Dogecoin can only serve to increase its popularity.

The History of Dogecoin

Interestedly Dogecoin was initially considered to be something of a joke and developed by Jackson Palmer and Billy Markus, two software engineers who found it funny to base this coin on a meme called Doge, which centers on Shiba Inu – a breed of dog. They never expected it to be taken seriously and have admitted that it took just a few hours to throw together. This means it does have some imperfections compared to Bitcoin; it is not considered as secure and isn’t overdeveloped technically. However, against all odds, it seems to have thrived and proven everyone wrong. It has to be noted that no matter what coins are used, cryptocurrency is still considered volatile and can significantly shift without warning.

The Best Coin for Transactions

So, according to Musk, the reason why Dogecoin is now being taken seriously and could even usurp Bitcoin as the most popular crypto is the fact that it is better placed for transactions. As an early supporter of crypto, it seems reasonable to assume his knowledge is solid. He believes that the issue with Bitcoin and transactions is that the cost per transaction is higher than is advantageous when compared to the transactional volume. This means that investors tend to hang on to it rather than use it for transactions or sell it. He believes that Dogecoin “encourages people to spend, rather than sort of hoard as a store of value”.

The Future of Dogecoin

So, while it is impossible to predict the outcome fully, it seems as though Musk could be right. Cryptocurrency is certainly being added as a payment option in more places, from high-end cars to casinos. If these establishments choose to work with Dogecoin, it will undoubtedly bolster the reputation and profile of this currency. The one thing it has going for it is the decentralisation factor. With more and more issues causing people to lose faith in the authorities, crypto has become an excellent way to get around governed finance. Of course, there is also a lot of security in Blockchain, and that is the underpinning system used by all crypto transactions, no matter what coin is being used.