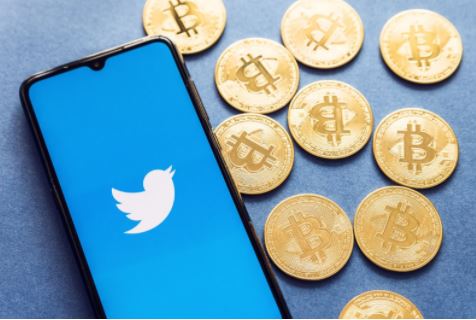 As the markets around the world are becoming more technology-dependent and increasingly interconnected, the use of virtual currencies like Bitcoin is also increasing with recent price jumps.

Due to the increasing popularity of Bitcoin in today’s world, famous micro-blogging platform and social media giant Twitter recently announced that it would add Bitcoin payments through a tip jar feature for all its users. Twitter has recently introduced the tipping feature by allowing some users to tip their favourite content creators with Bitcoin. When the feature of receiving and sending tips is enabled for all the users, an icon of tip jar will appear on users’ profiles.

The Bitcoin price in India is touching a new high, and Twitter is commencing tip facility with Bitcoin to all its users globally. It will help the content creators on the platform to find a source of income. It will also have information on Bitcoin and other virtual currencies for users to invest in Bitcoins and grow their portfolios. It will also indirectly benefit the users of Twitter for sending tips in Bitcoin; they have to gather information about Bitcoins and buy Bitcoin to send tips to content creators. This will also enhance the confidence of people in investing in Bitcoin.

What is a Tip Jar?

Tip Jar is a feature that enables the users of Twitter to add links for third-party payment services to the profile of the users. The new tip jar feature will allow users to pay and support the creators easily. In addition, it will be helpful to raise a fund for any specific cause.

After the commencement of this feature, users can buy Bitcoin and add its address to their profile. People can easily copy the addresses of the receiver and paste them into a wallet of Bitcoin. Users who are 18 years or more can enjoy this feature on the website. A while ago, the CEO of Twitter had stated that Bitcoin would be one of the key trends that social media platforms will follow going into the future.

The latest introduction of this feature highlights the growing craziness for Bitcoins as a payment mode or exchange value. This is just the start of the quick boom of Bitcoins in India.
According to a report by Chainalaysis published by Moneycontrol, India has seen a growth rate of approx 641% over the last twelve months, thanks to the increasing popularity of Bitcoin exchanges like Zebpay. To buy Bitcoins, one needs to complete their KYC, after which they can transfer the amount from their bank account to ZebPay to purchase the Bitcoins. The current BTC to INR price is 47,98,496 (approx.) for a Bitcoin, according to Gadgets 360. Although the Bitcoin rate is increasing by the day, the prospects of gaining Bitcoins are incredibly lucrative, with sky-high returns within a short period.