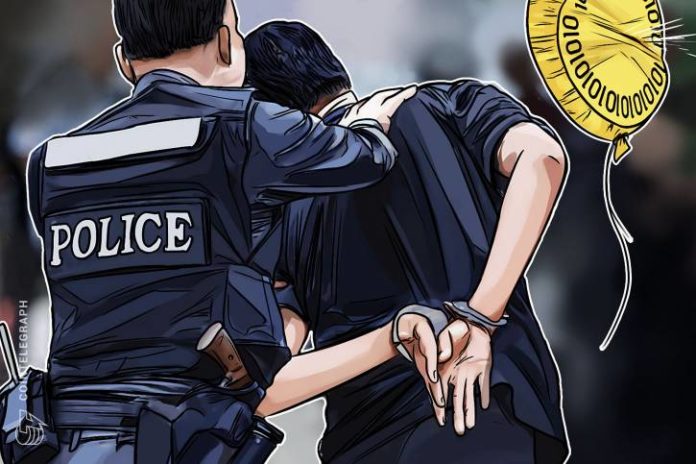 Tokyo and Hyogo police have arrested a further five persons in connection with an alleged fraud case involving ¥190 mln ($1.7 mln) worth of Bitcoin, bringing the total number of arrested persons in the case to 12, local news outlet TBS reported April 16.

According to TBS, on July 25, 2017, in a Tokyo hotel, the suspects allegedly presented a man, who was acting as an agent for a company executive in his 40s, with ¥200 mln (~$1.9 mln) in counterfeit cash remittances.

Having been assured his agent had received the cash, the man then transferred ~¥190 mln ($1.7 mln) equivalent in Bitcoin (BTC) to a designated account managed by a cryptocurrency exchange in Yokohama. The suspects are then said to have cashed in the Bitcoin, earning over ¥170 mln after fees, TBS reports.

Kentaro Yagihashi, 32, is suspected of directing the group, several of whom are reported to be in their 20s, local outlet Sankei reported. According to Sankei, the first seven men were arrested April 10. All twelve have denied charges.

Local news outlet Tokyo Reporter reported that the victim told the police he accepted the deal in order to evade paying commission fees on a crypto exchange service.

Earlier this month, the Japanese Metropolitan Police Department reinforced its cybercrime law enforcement unit, after statistics released by Japan’s National Police Agency (NPA) revealed that over ¥662.4 mln ($6.2 mln) in cryptocurrency was defrauded or stolen in Japan in 2017.