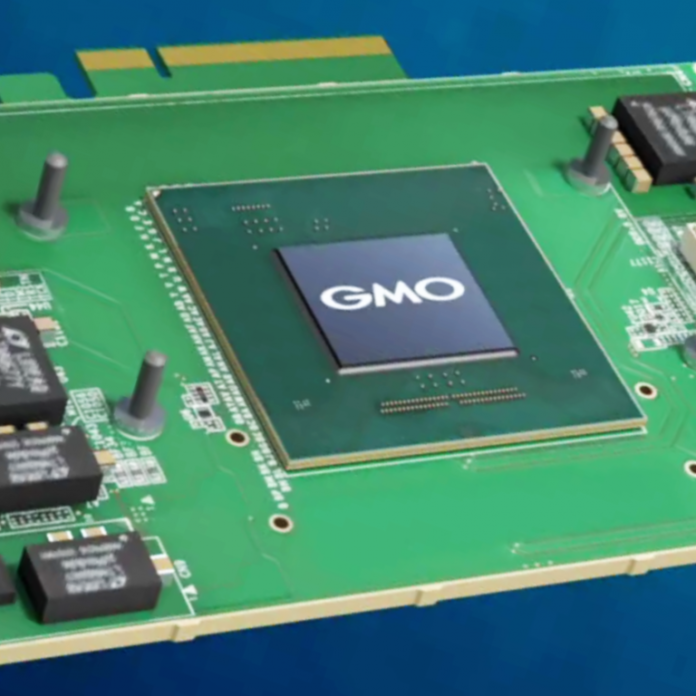 Japanese internet giant GMO has updated its plans to manufacture and sell its 7nm bitcoin mining chips as well as for its own mining operations. Interested customers will soon be able to reserve some of these chips.

Japanese conglomerate GMO Internet Group published its first quarter results for the fiscal year 2018 last week. During the earnings results presentation, the company outlined its plans for the sale of its long-awaited 7nm bitcoin mining chips.

GMO is building two versions of the chip, dubbed V1 and V2. The former is the initial prototype of the 7nm mining chip. The latter is for mass production of the 7nm mining chips, which the company plans to use in-house for its own mining operations, sell to the public, and use in cloud mining.

V2 is now being designed and will enter the mass production phase in the fourth quarter of this year.

In its presentation, GMO has revised its mining business plans from the fourth quarter of last year. The company now indicates that its mining operations are initially “based on store-bought mining computers,” and in roughly June the “7nm (V1) operation” will commence and in approximately October the “7nm (V2) operation” will be underway.

As for the sale of its 7nm bitcoin mining chips, the company spokesperson told news.Bitcoin.com:

We can disclose that accepting reservation will start from Q2 onwards and launch will be Q4 onwards only at this moment.

The actual sale dates are not specified. Furthermore, the company says its cloud mining operation will be launched in June. GMO says “Hash rate is increasing as planned. Amount of mined bitcoin is increasing as expected.” The company added that it has “new businesses at multiple locations in 2 countries,” noting that its hashrate in April was 241 PH/s but is confident that it will reach the target hashrate of 3,000 PH/s by the year’s end. In addition to its mining business, GMO also operates a crypto exchange called GMO Coin and plans to launch a crypto payment service. The company aims “to become No. 1 in the field of cryptocurrency.”

Do you want to buy GMO’s 7nm chips? Let us know in the comments section below.