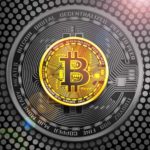 Bitcoin has been one of the most talked-about currencies today, but there are still many people who don’t understand what it is and why more and more investors are choosing this currency to invest in. You may have also read conflicting stories about Bitcoin. There are news articles that say it’s not wise to invest in Bitcoin, and there are more news articles that provide you with proof that there are people who have earned a ton of money with it. This can be confusing, and it is important to have a better understanding of cryptocurrency before you actually make your first investment. 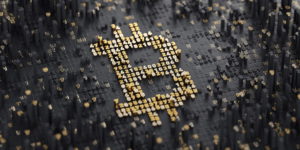 That said, here are some things you need to learn before you invest in Bitcoin:

1. Bitcoin is not entirely anonymous. While Bitcoin is decentralized, meaning that no government or central bank regulates the currency supply, it doesn’t mean that it cannot be traced. It is true that Bitcoin is pseudonymous, which means that a Bitcoin is not tied to your name, but rather to a wallet ID. However, if government agencies truly want to trace the transactions, they could do so because they have the resources. Their hacker can connect multiple nodes to the network and it could be sufficient enough to find out the origin of the transaction. So, if someone is using Bitcoin for illegal purposes, there is still the possibility that it can be traced.However, for those who are not into anything illegal, it can be fairly said that you have anonymity when you perform your transactions as you won’t be attracting the attention of any government or agency.

2. There are two ways to get Bitcoin. The first way to get Bitcoin is the easiest one, which is to buy it with cash using your debit card, credit card, or wire transfer. When you buy Bitcoin in Australia, you need to register an account with a Bitcoin exchange service so you can start trading.The second option is to “mine” Bitcoin. Mining Bitcoin is much like the concept of mining gold. The big difference is that you don’t actually go out into an open space and start digging for gold. Instead, you mine Bitcoin through computers. Anybody can become a Bitcoin miner, but you will need high-end computers in order to accomplish this. Bitcoin uses special software just for the mining and your computer should be able to solve math problems, coming up with the right combination that is about 64 digits. When your computer has solved the problem correctly, you will be issued some Bitcoins.

You should also know that when the number of Bitcoins reaches 21 million, you won’t be able to mine any more of it. You will either have to buy or trade. Mining Bitcoins is not easy and many miners have a hard time coming up with the right solutions to problems. So, if you’re considering being a miner, you should do more research on how to solve these math problems before you go ahead and set up a computer and download the software.

3. You need a Bitcoin wallet. Before you buy or trade Bitcoin, you need to set up a Bitcoin wallet. This is where you should store your Bitcoins. There are actually three ways that you can store your Bitcoins. The first one is to simply store it in your own computer hard drive. The drawback to this is that your computer can be easily hacked. Remember that only one Bitcoin alone costs thousands of dollars, which you could easily lose. If you store your Bitcoins in a hard drive, you may want to store that hard drive in a safe or a safety deposit box, especially if you’re a long-term trader.The second option is to store it in online services that you use when you’re trading. It’s almost impossible to produce a fake Bitcoin, and for this reason, hackers are working double-time to see where they can get it. This is why trading platforms are always a target for hacking. If you store your Bitcoins there and the website is hacked, they could get all your coins and you will not be able to get any of them back. Once the hackers make a transaction using your account and the transaction is confirmed, no one can help you recover them.

The third option would be to create a Bitcoin wallet account. The Bitcoin wallet is a service, a device, or a program that is used to trade Bitcoins and is stored in the blockchain. You will be given a wallet address so others can make payments to you. You will also have a private key, which you can use when you make a transaction.

4. Bitcoins can be used to buy goods and pay for services. More and more companies are accepting Bitcoin as a form of payment for goods or services. Microsoft and Dell are two of the biggest companies that accept Bitcoin. There are also a few airline companies and some jewelry stores that do so. You could also buy gift cards with Bitcoins and use these gift cards at Amazon, Target, and Walmart, to name a few stores.

5. Bitcoin is a volatile market. Before you buy your first Bitcoin, you have to keep in mind that it is a volatile market. The risk is high and you could lose a few thousand dollars if you’re not too careful. You will need to learn all your can about Bitcoin market trends. You should decide if you want to be a short-term trader or a long-term trader. Short-term traders immediately sell their Bitcoin when the price is higher than when they bought the coins. Long-term traders, on the other hand, keep their coins for years. 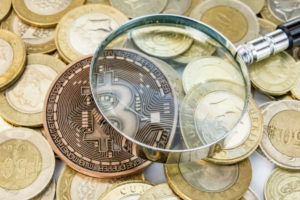 Bitcoin trading is definitely worth looking into if you want to invest. You could certainly grow your money as long as you make the right decisions and study the trends as you’re supposed to. However, you should also remember that it is a high-risk investment so you should not be investing money that you can’t afford to lose. You shouldn’t borrow money from friends and relatives just so you could invest in Bitcoin.

The cryptocurrency market shows no signs of slowing down. Despite the rough ride cryptocurrencies experienced in 2018, more and more...