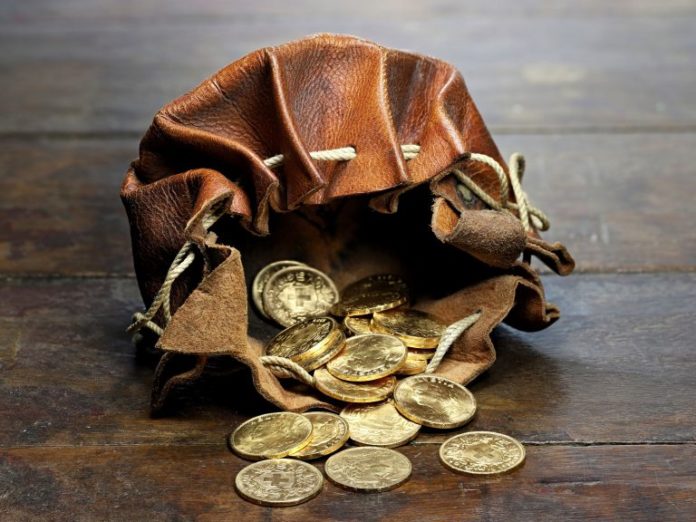 Initial coin offerings have seen a significant decline in popularity, but they are not to be written off completely. Although you don’t hear the term “ICO” so often nowadays, some recent regulatory developments indicate they have a place in the digital economy realm. Crowdfunding through token sales has a chance of becoming a mainstream instrument for raising capital.

Also read: The Next Big Financial Meltdown Is Around the Corner, Many Voices Warn

As if to prove coin offerings are not a dying genre, the German Federal Financial Supervisory Authority, Bafin, recently approved one of a decent size. Through its token sale, the Berlin-based blockchain startup Fundament Group is trying to raise €250 million ($278 million). According to the announcement, both accredited and retail investors will be able to take part in the fundraising campaign and individual investments will not be limited.

The project aims to enable participants to invest in the construction of commercial real estate through its Real Estate Tokens. At this early stage, it covers three sites in Hamburg, one in the financial capital Frankfurt, and another one in the university city of Jena, Forklog reported. Fundament Group’s ERC20 tokens will allow holders to receive annual dividends of 4-8% on their investments as well as payments upon completion of the construction works. The German startup plans to conduct the token sale without an intermediary such as an investment bank, as the goal is to minimize the costs of the offering. Investors will be able to acquire the assets using either bitcoin core, ethereum, U.S. dollars or euros. Those who pay with fiat currency will receive the tokens safely stored on a hardware wallet. And as the coin offering is regulated, passing KYC is a mandatory requirement for all investors.

Projects such as Fundament Group’s show that token sales may be returning, and not only in Europe but across the pond as well. In the first days of July, the U.S. Securities and Exchange Commission (SEC) approved Blockstack’s $28 million offering. The company, which is building a decentralized computing network and app ecosystem, has received permission to raise up to $50 million annually. SEC also gave the green light to the distribution of $187 million worth of Props tokens between content creators and users of the streaming platform Younow.

The Russian Federation, which is in the top five destinations for ICOs, has adopted a legal framework to regulate the raising of capital through crowdfunding. This week, the State Duma, the lower house of Russia’s parliament, voted on third and final reading the long awaited Law “On Attracting Investments Using Investment Platforms,” commonly referred to as the “Crowdfunding Law.”

The bill, which is part of a whole package aimed at regulating the Russian digital economy, including the crypto sector, introduces some key new terms such as “utilitarian digital rights.” These include the right to demand the transfer of objects, the performance of work, or the provision of services as well as the transfer of exclusive rights to the results of intellectual activity.

The new legislation establishes rules and regulations that will govern crowdfunding platforms. For example, they will be required to have at least 5 million rubles (almost $80,000) of their own capital. The Central Bank of Russia (CBR) will keep a register of the entities that operate them and closely monitor their activities. The law also introduces safeguards for “unqualified investors.” They will be allowed to spend only up to 600,000 rubles ($9,500) annually on all crowdfunding platforms in Russia. At this stage, cryptocurrencies are not explicitly mentioned in the crowdfunding law, although many of its texts are applicable to the crypto industry. The biggest shortcoming of the new legislation is its reliance on substatutory acts adopted by the CBR which remains opposed to the full legalization of decentralized currencies. Another problem is that in order to fulfill its full potential, the bill needs other laws that regulate the rest of the crypto space.

Russia has been postponing the adoption of its main crypto-related bill, the Law “On Digital Financial Assets,” for over a year now, despite several deadlines set by President Putin’s administration. The last one, July of this year, is not going to be met either. The draft, which was voted on first reading in the spring of 2018, is likely to be adopted in October, according to Anatoliy Aksakov, chair of the parliamentary Financial Market Committee. By that time a common position between various Russian institutions should be achieved with respect to the regulation of cryptocurrencies.

Aksakov also noted that all three bills in the regulatory package – which define digital rights, legalize smart contracts, and regulate crowdfunding – are closely interconnected. He believes a compromise between the positions of various Russian regulators and authorities is possible. “By October 1, this issue should be settled by law. Readiness is high and we are going to work hard in September,” the lawmaker was quoted saying by the Parliamentary Gazette.

Beside Russia, many other countries have so far adopted legislation that regulates crowdfunding in one degree or another. In Belarus, for example, a decree signed by President Lukashenko entered into force in March of last year legalizing crypto-related activities including the issuance, storage, and trading of digital tokens. Estonia attracted many startups with crypto-friendly legislation and a great number of ICOs offered in other jurisdictions are actually conducted by entities registered in the Baltic country. In the United States, which is the leader in terms of number of conducted coin offerings, the challenges for companies raising capital through token sales have changed significantly over the past couple of years. While many ICOs were initially conducted under the assumption that the issued coins represented utility tokens, a number of official statements and regulatory actions have indicated that U.S. authorities view most ICOs as offerings of securities that fall within the scope of the country’s securities laws.

Initial coin offerings in China were effectively banned with a circular issued by the People’s Bank and other financial regulators in the fall of 2017. The document determined that ICOs represented an illegal fundraising activity. In Hong Kong, however, digital tokens sold for crowdfunding purposes are regarded as securities and ICOs can be conducted by licensed entities as a regulated activity. Unlicensed issuers can also sell tokens provided they work with authorized institutional investors.

Initial coin offerings took a hard hit during the prolonged crypto winter that set in last year after the all-time highs of late 2017. According to data compiled by the rating platform Icobench, with a few exceptions, the number of ICOs has been generally decreasing since August 2018, when 321 ICOs were published. A low of 58 coin offerings was reached in February of this year. However, there’s been a slight increase in May, with 88 token sales. It coincided with the latest period of rising crypto prices which started in April.

More than 90% of the ICOs tracked by Icobench have already ended, 6% are ongoing and around 2% are upcoming. The 5,639 coin offerings are from 25 different industries, with the great majority collecting funds to create a new platform or provide products and services related to cryptocurrencies. With 751 ICOs and $7.5 billion of capital raised, the U.S. is topping the charts. Singapore, U.K., Russia and Estonia are hosting the largest number of ICOs after the United States, while the British Virgin Islands and Switzerland are in the top five by raised funds. A monthly report published by Icobench in early June shows there’s been a decrease of the total funds raised in ICOs to $230 million and the average funds raised by a project to $7.4 million in comparison with the previous period’s almost $1.2 billion and $29.7 million respectively. At the same time, the share of ICOs that have raised any positive amount of funds remained above the general average. June recorded 31 successful ICOs with a success rate of 28%, an indicator calculated by dividing the ICOs that raised funds by the ICOs which ended.

Initial exchange offerings (IEOs) continue to enjoy rising popularity and over $1 billion were raised through IEOs in May. The report notes there had been 182 IEOs by the end of June and they have raised a total of $1.597 billion with a success rate of over 60%. Around 90% of the funds have been raised on the top five launchpads, with Coineal leading by number of IEOs and Bitfinex topping the list by raised funds.

Many projects conducting initial coin offerings accept not only fiat money for their tokens but also major cryptocurrencies. If you are new to the crypto space but you are willing to participate in the industry, you may need an easy and secure way to acquire digital assets. Bitcoin.com offers you the opportunity to purchase bitcoin cash (BCH), bitcoin core (BTC) and other leading coins such as ethereum (ETH), ripple (XRP), litecoin (LTC) and Binance coin (BNB). You can do that using a credit card and without visiting a cryptocurrency exchange.

Do you expect ICOs to regain popularity with rising cryptocurrency prices? Share your thoughts on the subject in the comments section below.

Do you need a reliable bitcoin mobile wallet to send, receive, and store your coins? Download one for free from us and then head to our Buy Bitcoin page where you can quickly buy bitcoin with a credit card.

Digital currency markets have been meandering sideways for a few days as most of the top crypto prices have been...