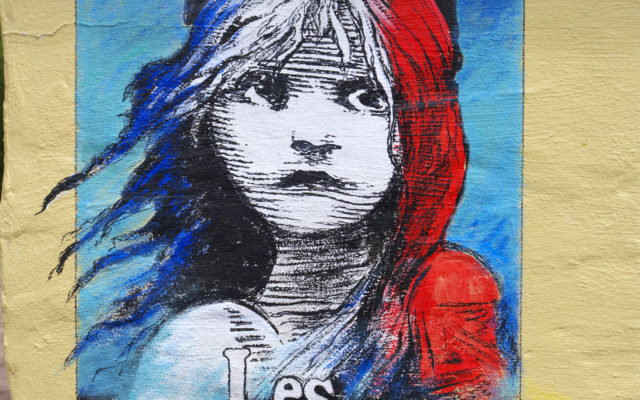 Master of the house, President Macron has heard the people singing a song of angry men. Though it’s possible he has a heart full of love, many French citizens still see him as living in a castle on a cloud.

If you’ve never heard the play Les Miserables, or if you’d like to listen to it again, here’s a good version on YouTube. Personally, I haven’t been able to stop listening to it since the Yellow Jacket protests began.

France has recently become the most taxed nation in the OECD, which could explain why the ongoing protests are one of the worst in the country’s history. 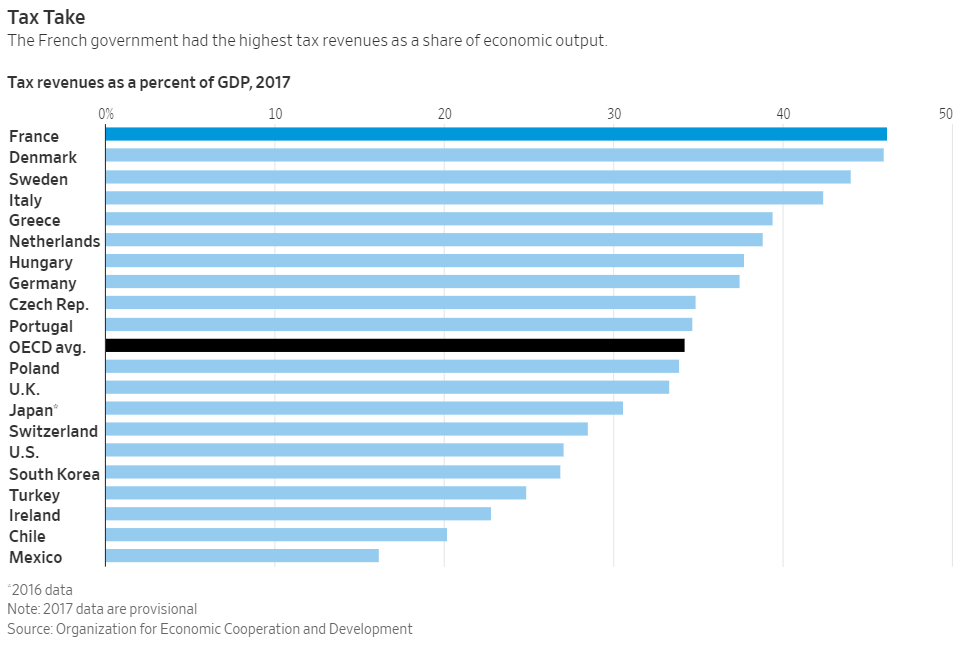 Macron’s plea yesterday and his promise to raise the minimum wage may calm nerves just a bit, but the problem may yet persist. We’ll need to see how things progress over the next few days.

Certainly, the economic impact of a wage increase and less taxes is probably the least of the market’s woes at this exact moment. Nor the estimated $11 billion loss for small businesses.

What’s most concerning for global markets though is not just Paris. As central banks begin to engage in economic tightening we’ll need to keep our eyes open and hope this doesn’t spread.

Please note: All data, figures & graphs are valid as of December 11th. All trading carries risk. Only risk capital you can afford to lose.

Stocks sunk to new depths yesterday with the Dow Jones reaching its lowest point since May 4th. The drop came as volatility increased and bond yields continued to slide.

Though things were indeed looking down, at the end of the day came a miraculous recovery and US Indices began a rally somehow managing to end in the green.

Most other markets were already closed by the time the rally came in and so did not reap the benefits. Perhaps more notable is that the banking sector didn’t recover at all.

In this graph from Bloomberg, we can see the Bank Index (white) against the tech sector (blue). 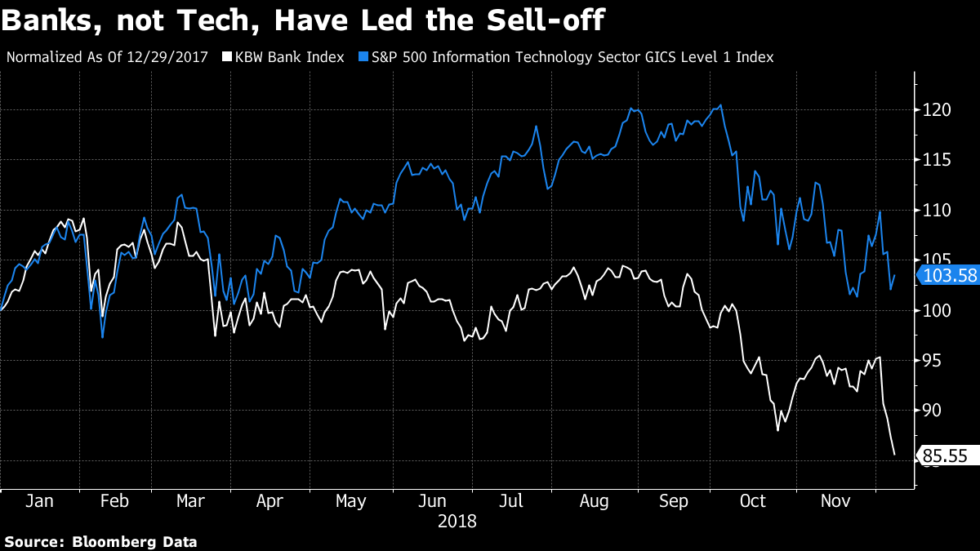 Stocks today are decidedly flat today. Perhaps it’s a coincidence but the Dow Jones is showing a heavy resistance line exactly at 24601. If it manages to get over that line, the recovery could very well sustain a bit longer.

As the US Dollar continues to range, we’ll keep our eyes on Crude Oil’s lows and Gold’s highs, both of which are seeing a test at the moment.

Theresa May managed to pull another short-term victory by delaying a critical vote in Parliament. At this point, she can clearly see that there isn’t sufficient backing to pass her current Brexit deal. So now she heads to the EU to see if there’s another victory to be had. Perhaps one that will somehow help garner support at home.

At this point, some observers have pointed out that she might be trying to wind down the clock. If the current deal is better than no deal, and there isn’t sufficient time to negotiate a new deal, the perhaps the government will have no choice but to accept the deal that’s on the table.

In any case, as May addressed members of the parliament yesterday the British Pound sank to new lows (purple circle). On the bright side though, we’re seeing a strong recovery coming in this morning.

Results are now coming in for India’s provincial elections. Unrelated, but in an interesting turn of events the Governor of the Reserve Bank of India has stepped down. Even though Urjit Patel says that he’s stepping down for personal reasons, it hasn’t stopped pundits from speculating as to why he’s leaving the post after serving the shortest term since 1992.

The most common theory is that Patel was facing increased pressure from the government to employ a looser monetary policy, something he presumably was not prepared to do.

The reason I’m telling you all this in the crypto section is because India is by far one of the largest potential markets for crypto adoption and it was the RBI who set up the current crypto-blockade in the first place. There is now a committee to select the next RBI Governor and this can actually be a good thing for crypto outlook in the country, depending on who they pick. Well, it can’t be worse anyway.

In any case, the new Governor, whoever it may be will probably have their hands full with everything else going on anyway. As well as the finance ministry. So, unfortunately, this whole thing could get swept up in politics. However, this new progression might prove to be a wild card for crypto enthusiasts.

Meanwhile, it seems that China, the largest potential market for crypto adoption, has stepped up their rhetoric against digital assets. The People’s Bank of China is showing us how on top of things they are by clarifying that STO’s (a term that has only recently gained popularity) will not be tolerated.

Though there are no Chinese laws against Security Token Offerings, it seems the punishment is now banishment.

The above two updates may not have much effect on short-term prices but the second one is proving to be a popular talking point on crypto social media as we continue testing the lows and searching for the floor.

This content is provided for information and educational purposes only and should not be considered to be investment advice or recommendation.

Past performance is not an indication of future results. All trading involves risk; only risk capital you are prepared to lose.

The outlook presented is a personal opinion of the analyst and does not represent an official position of eToro.

eToro is a multi-asset platform which offers both investing in stocks and cryptocurrencies, as well as trading CFD assets.

Cryptocurrencies can widely fluctuate in prices and are not appropriate for all investors. Trading cryptocurrencies is not supervised by any EU regulatory framework.