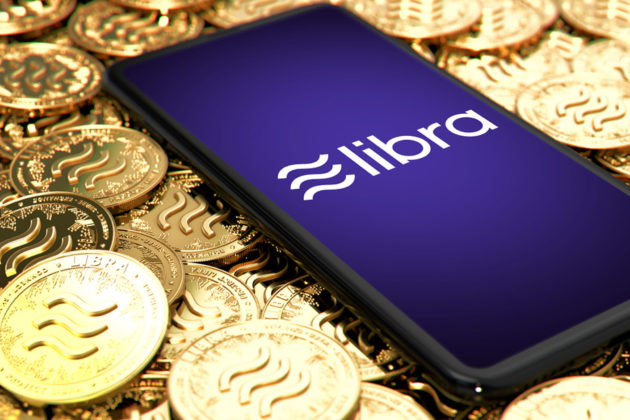 This year’s Consumer Electronics Show (CES) saw one of its speakers, Libra Association’s Dante Disparte, talk against Bitcoin, claiming that it is not a means of payment.

Libra Vs Bitcoin
Heated arguments for and against Bitcoin (BTC) have been a regular occurrence for over 11 years now. However, as the crypto industry continues to develop and expand, constantly inching towards adoption and acceptance, these arguments still persist.
The latest example of this came only yesterday during Las Vegas-based Consumer Electronics Show (CES) 2020, when the vice chairman at the Libra Association, Dante Disparte, publicly spoke out against Bitcoin. He admitted that Bitcoin — as an asset class — managed to prove that scarcity can support exciting assets. However, he was also quick to point out that Bitcoin is not a means of payment.
According to him,
The bottom rung of the ladder of economic mobility is payment access.
Bitcoin doesn’t provide that, which is why he decided to join the Libra project in the first place.
Of course, Disparte is not anti-crypto, although he believes that Bitcoin is not capable of solving the problems it has set out to solve. He doesn’t believe that BTC can reach mass adoption or that the friction levels can be removed. To him, Bitcoin simply is not an adequate solution.
Akin Sawyerr delivers a contra-argument
On the other hand, Decred project’s strategy lead, Akin Sawyerr, disagrees. As many are likely aware, the Libra project was created by Facebook, and managed by the Libra Association, which is basically a group of firms that support the project as a single team.
They believe that the world’s unbanked and underbanked population needs a new form of asset that could do what banks failed to do, and they believe in Facebook’s vision that Libra is an asset that can pull it off.
Meanwhile, Sawyerr sees them as a council of companies that are only in it for the money and self-interest. He stated that a council such as that is not capable of handling money better than a decentralized system that managed to survive on its own for the last 11 years, despite all attempts that centralized entities made to discourage and sabotage it.
Instead, Sawyer claims that the only real way to help the world is to empower the individuals and provide them with base-level sovereignty. By that, he means allowing people full control over their own money, instead of having a centralized institution handling it for them.
There are many who share this view, as banks have already proven that centralized institutions cannot be trusted. After all, they are the ones who caused the financial crisis that led Satoshi Nakamoto to create Bitcoin in the first place.
As for the Libra Association, it already faced its own crisis back in 2019 when numerous companies decided to leave the project. Some of the biggest names among those who left include Mastercard, Visa, and even PayPal, among others.
Do you think that Sawyerr is right, or that Disparte has a point? Let us know your thoughts in the comments below.

The cryptocurrency community is again showing its commitment to support charitable goals around the world. Binance, the most active international...