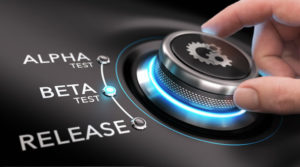 Lightning Labs has finally released the Lightning Desktop App, and not a moment too soon. As Bitcoin continues its tentative recovery following a year-long price drought, it’s critical that the Bitcoin network be fast and affordable. This was not the case throughout much of 2017 when high traffic drove up Bitcoin network costs and often dragged transactions out for days, or even weeks.

The Lightning Network has been in development since 2016. Many within the industry have expressed skepticism these past 3 years that the network would ever be operational, which is what makes the release of this app so exciting. For the first time, regular Bitcoin users can access the Lightning Network on Apple, Windows, and Linux. With mobile applications to follow in the months to come, let’s take a close look at what you can do with the new Lightning app.

Lightning – a Fully Featured Alpha Release on the Bitcoin Mainnet

The Lightning app incorporates Neutrino, a light client for the Bitcoin blockchain. With secure, fully featured Bitcoin wallets and nodes, users typically have to download the entire Bitcoin blockchain before the software can be used. The Bitcoin blockchain is more than 200 gigabytes, at present, so this would be a significant barrier to entry for certain users and an app killer for eventual mobile versions.

With Neutrino, users only have to download a few megabytes of the Bitcoin blockchain. This is enough to allow non-custodial Bitcoin wallets (wallets that give users full control of their funds, not some third party) to verify BTC transactions with high security and minimal trust.

Neutrino syncs in the background. Lightning Labs hope that the app will be fully synced on the first startup before the user is even able to write down their recovery phrase. By the time the app is ready to use for the first time, the sync will be complete, and only tiny downloads will be necessary to keep it up to date in the future.

The homepage will show users all of their Bitcoin in one place. The total balance will reflect BTC balances held on-chain (those in regular Bitcoin wallets, not Lightning), those held in Lightning, and balances held within various payment channels within Lightning. This way, the user always knows how much BTC they have overall and where every bit of this total balance is dispersed in all of their various Bitcoin wallets and Lightning channels.

Lightning is still available on the Bitcoin testnet. There, users can get a feel for the function of the application, sending fake BTC here and there to their hearts’ content. Anyone downloading  v0.5.0-alpha or later will have the Alpha version of Lightning on the Bitcoin mainnet. “Testnet” will appear at the top of the app if you happen to be in test mode, so you should always know the difference.

Lightning is still being revised and updated (this is an Alpha release, after all), but all of the transactions made within this app are very much real. Lightning Labs left a word of warning on their recent Lightning blog post:

“We’d like to remind users that this is still very early technology and there’s a risk of losing all of your funds. While testing the current alpha version of the software, we advise users to not put more money in the app than they are willing to lose.”

Getting Started With the Lightning App

If you want to get started with the Lightning app today, here are some easy steps to follow.

That’s about it. We’re very excited to see Lightning finally enter Alpha after many months of discussion, setbacks, and worry that this project would never come to completion. Now we wait and hope that the system functions reliably and that Lightning really does relieve significant congestion threat from the main BTC chain. If we are entering into a new Bitcoin bull market, Lightning could make all the difference between a Bitcoin that works and a Bitcoin that’s broken.

Ethereum has spiked by about 10 percent over the last 24 hours following speculation that the U.S. Commodity Futures Trading...