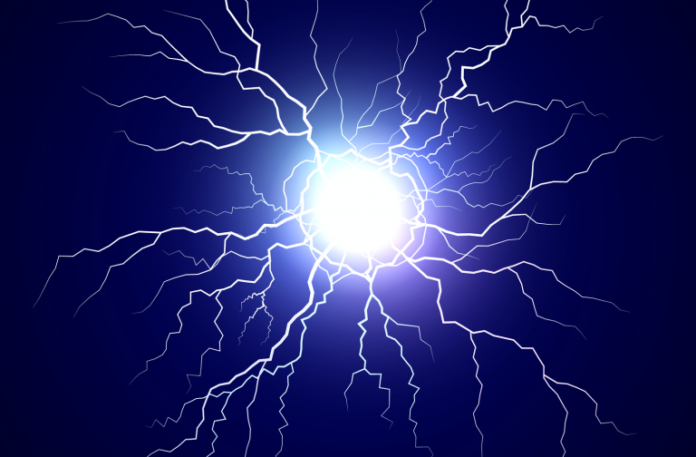 A report published February 7 and authored in part by Blockstream researcher Christian Decker found that the BTC Lightning Network is “evolving towards an increasingly centralised architecture.” Proponents of LN say this is not a problem, and even critics of the network point to the necessity of properly defining — and not deifying — “decentralization.” Still, real concerns are presented with the new information, and some are looking to alternative solutions like Drivechain to fill the gap.

The report, entitled “Lightning Network: a second path towards centralisation of the Bitcoin economy,” states at outset that “despite the huge activity characterising the BLN, the bitcoins distribution is very unequal.” The paper elaborates: “the average Gini coefficient of the node strengths (computed across the entire history of the Bitcoin Lightning Network) is, in fact, ≃ 0.88 causing the 10% (50%) of the nodes to hold the 80% (99%) of the bitcoins at stake in the BLN (on average, across the entire period).”

While the Gini coefficient is typically used to measure income inequality, it is applied in the report as a means to determine relative centralization of Lightning. This type of metric for measuring centralization and decentralization, however, is criticized by some in the space as being inaccurate to the meanings of the terms as they pertain to bitcoin. Nevertheless the report details the continued emergence of centralized core-periphery structures, which some say make the network more vulnerable to attack.

While the complex math and methodology are laid out in detail in the paper, the group of researchers ultimately concludes:

In particular, its structure seems to become increasingly similar to a core-periphery one, with well-connected nodes clustering together (as revealed by the study of the eigenvector centrality). More precisely, our analysis reveals the presence of many star-like sub-structures with the role of centers played by the hubs, seemingly acting as channel-switching nodes.

Both Proponents and Critics of LN Debate Implications, Definition of ‘Decentralization’

Reactions to the report have been varied in the crypto space, but LN supporters and critics alike think there may be something amiss in the way “decentralization” as a concept is being defined and even deified, in a sense, where bitcoin is concerned.

Another user in the thread wrote, “Why do people care so much how decentralized LN is? It can work even semi-centralized, as long as it is mostly used for small payments and as long as there are other options.”

But having to monitor a hub isn’t very convenient, and doesn’t seem to be in the original, non-third-party-dependent spirit of Bitcoin. CTO of Cointext Vin Armani noted that “decentralization” is often used imprecisely, pointing to the fact that influential actors wielding influence in a network doesn’t directly translate to centralization in the negative sense, where Bitcoin is concerned. That is to say, clustering of influence does not automatically equate to a change in codebase allowing for centrally orchestrated protocol adjustments. Still, with LN, transaction paths can be closed arbitrarily, and the increasing centralization of hubs as shown by the report brings an increased risk of applied KYC/AML requirements from authorities. This would effectively turn them into banks, increasing the likelihood that paths will be closed due to the same regulations. Some Think Drivechain Is the Answer

Unlike so-called sidechains such as Blockstream’s Liquid federated network, Drivechain seeks to allow networks to branch off using a two-way peg, affording not only interoperability and customization, but also without sacrificing critical security or scalability. Incentivized mainnet miners, and not easily corruptible and insecure “federation members” or businesses, secure the sidechains via blind merged mining, and the two-way peg system is designed to stave off the risk of inflating bitcoin on the main network. It’s for this reason that Drivechain creator Paul Sztorc calls the idea a kind of layer 1.5.

“It sneaks between the lightning network and layer 1,” Sztorc said in a 2019 presentation. “You can have lightning network on top of this. Because each piece of software that is a sidechain is going to be the layer 1 of its own blockchain. So this fits in between.”

Though some criticize the idea, saying the protocol relies on security-compromising user-activated soft forks (UASF) to prevent miner theft of sidechains, others are convinced it is the inevitable future of Bitcoin.

Sztorc seems to take the diplomatic view that market actors should be able to do what they want, and his views on interoperability point to an important aspect of money: saleability. In the Mengerian/Austrian School conception, money is defined as the most saleable, or widely accepted and utilized good in exchange. A million cryptos on isolated networks is an economic situation still in flux, seeking equilibrium. However, should each coin have the common thread of the underlying “drivechain” of the Bitcoin mainnet, a universal system could theoretically be born. Sztorc tweeted on Monday:

I’m in favor of trying large blocks, as long as small block people can turn the larger blocks down (and pay the higher layer1 fees). But drivechain is the only way (I know of) for accomplishing all that. (And, larger blocks = higher node costs)

Though Drivechain remains controversial in the crypto space, it seems a proposition seeking to be more closely aligned with Bitcoin’s foundational principles than others. The plan relies on miners with skin in the game to keep networks secure, and not arbitrary groups of non-hash-wielding federation members. The ultimate problem plaguing the Lightning Network is not merely a core-periphery centralization pattern emerging, but the more foundational reality that it ultimately relies on third party hubs routing payments, and not mainnet miners, to function properly.

What are your thoughts on Lightning Network centralization? Do you think Drivechain is a viable solution? Let us know in the comments section below.