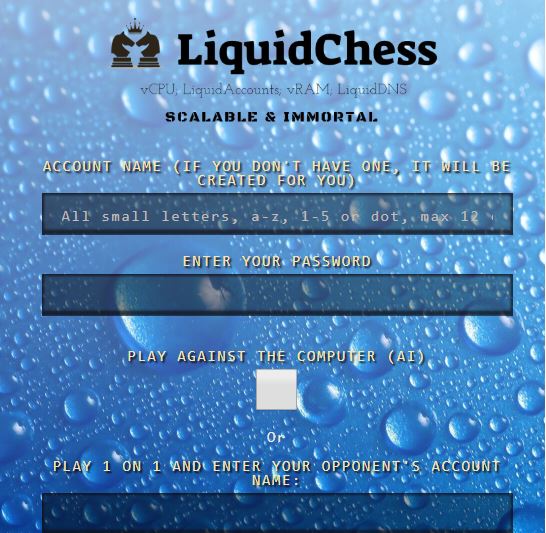 However, computation processing constraints have largely prevented most decentralized applications (dApps) from moving the needle significantly for the mass-market adoption of Blockchain. LiquidApps has thrown its hat in the ring to solve the scalability challenge of Blockchains with the launch of a distributed computing solution called vCPU which is being tested out in a real-world desktop implementation called LiquidChess.

Scaling blockchains vertically is a trilemma

Every blockchain has limits on the computation resources that it can apply to each network action. This limitation might be reflected as a hard execution time limit, the limit on nested actions or some other type of constraints. Ethereum, the mother of dApps experienced first-hand how the limitations of computational resources could grind network operations to a halt at the height of the CryptoKitties fervor. EOS has also had its fair share of scalability challenges – until the arrival of LiquidApps.

There have been various attempts to scale Blockchains vertically over the last few years – such attempts include the use of validation nodes to increase network capacity. However, such solutions bring the conversation back to the scalability trilemma because asking for more validating nodes raises the barrier to entry for new block producers and miners while effectively keeping the network pseudo-centralized in the hands of a few miners.

Borrowing wisdom from the past

Historically, traditional computing has been delivering processing power at scale by using parallel computing. A casual glance at the traditional CPU will show you a multi-threading architecture that allows the computer to split a single task into multiple threads running concurrently.

LiquidApps has repurposed the traditional idea of horizontal computing to solve the scalability challenge on EOS with the release of its vCPU. vCPU leverages the network of DAPP Service Providers (DSPs) to scale the computing resources available to Blockchains locally to exponentially increase the computing power per action available to native Blockchains.

Whereas most of the scalability proposals for base layer networks tend to require the staking of tokens or increasing CPU costs; vCPU is leveraging the fact that DSPs are second layer operators that could handle some network computations in parallel because they are already running full Blockchain nodes.

Some of the functions powered by vCPU include reading on-chain requests, running computation, and returning results that are compared and/or verified on-chain by the requesting dApp. In addition, the vCPU records every service request as a transaction in the chain history to ensure transparency in access to data feeds from across the web and the return of the results to the requesting dApp.

LiquidChess suggests that vCPU might be a viable solution

LiquidChess is a vCPU implementation that allows players to engage in a desktop chess game in player-to-player mode or player-to-AI mode. AI-powered chess has been an industry yardstick for measuring the intensity of computational tasks since the historical defeat of Gary Kasparov by IBM’s Deep Blue. Every move is facilitated and stored on the Blockchain through DSPs without placing a burden on the computational resources at the base layer.

Future iterations of LiquidChess are expected to have functionalities that allow AI VS AI games as machine learning enthusiasts pit their algorithms against one another is probably fair chess games.

In the final analysis, vCPU could be the lynchpin for facilitating decentralized trust and transparency at scale by providing access to computational resources without sacrificing speed, for decentralization, or security.