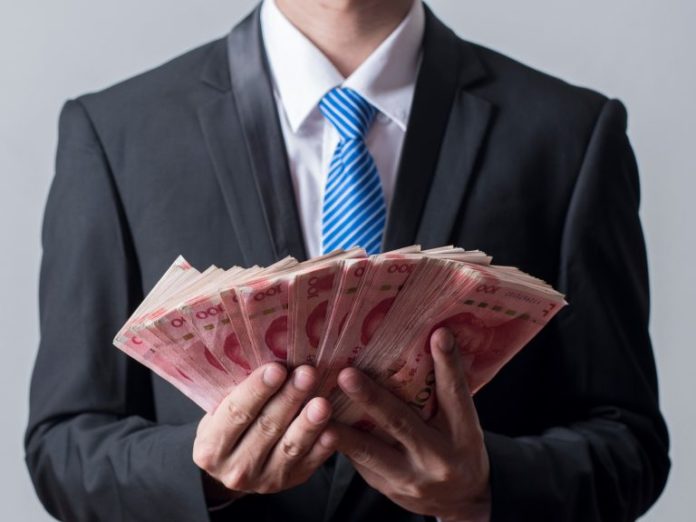 Although it has its peculiarities, the Chinese banking sector now faces similar challenges to the west’s financial system. Dozens of small banks have been experiencing liquidity difficulties in the past few months. Observers believe the expanding problem has the potential to trigger a financial crisis that could grow into a new global meltdown. Chinese state-owned entities have just bailed out the second regional bank in the space of only two months.

In the past year or so, there have been signs that the Chinese banking system is becoming more indebted and less liquid. Almost two dozen banks are now late with their annual reports for 2018, a strong indication that their balance sheets may not look very pretty. Most of them are small and medium-sized institutions with regional importance but put together they form a sizable market share. Also, they lend capital and provide services to a great number of enterprises and individual account holders. The troubles of Baoshang Bank, a lender operating in the Inner Mongolia Autonomous Region, may one day be described as the first episode of the looming Chinese crisis. The bank collapsed in May without prior indications that this was going to happen. According to its 2017 report, it registered $600 million of annual profit from the previous year and had $90 billion in assets, while its bad loans were under 2%. However, the institution suddenly found itself in deep water and was seized by the People’s Bank of China.

Baoshang’s insolvency, given its size and significance, shouldn’t look like a huge problem. However, the quick intervention by China’s central bank PBOC, the first such takeover in more than two decades, showed that the central bank was really worried and wanted to isolate the incident. And there is a good reason for that: it’s been estimated that the poorly regulated regional Chinese banks together have as much assets as the country’s ‘big four’ state-owned banks. PBOC also injected 600 billion yuan (over $87 billion) to sustain liquidity in the sector and created a deposit insurance fund to protect savers and prevent bank runs.

The containment efforts and the seizure of Baoshang Bank were also meant to serve as a warning to other financial institutions – they had to improve control over lending risks. As a result of the commercial bank’s insolvency and the regulator’s moves, small and medium banks in China are now finding it much harder and more expensive to access credit on the interbank market on which they are heavily dependent. This exacerbated the crisis and created conditions for new cases of insolvency in the banking sector. It didn’t take long before it turned out that another regional Chinese bank is in trouble with low liquidity. Only a couple of months after the Baoshang’s collapse, Bank of Jinzhou, which operates in the Liaoning province, was bailed out by three state-controlled asset managers. This past Sunday, Bloomberg reported, a unit of Industrial & Commercial Bank of China and the debt managers China Cinda Asset Management and China Great Wall Asset Management Corporation agreed to buy at least 17% of Jinzhou’s shares.

According to the publication, the 10.8% stake to be purchased by ICBC is valued at 3 billion yuan ($440 million), which is over half of Jinzhou’s book from before the crisis. In June 2018, the small lender had assets worth almost 750 billion yuan and its net profit had increased by 7.7% year-on-year to 4.3 billion yuan ($625 million). But despite its small size, comparable to that of Baoshang, this time the PBOC chose not to take part in the bailout. And it’s not because it couldn’t afford it as, unlike the U.S. Federal Reserve, the Chinese central bank never embarks on large-scale quantitative easing. One reason for PBOC’s decision to avoid direct involvement may be to preserve the stability of the perpetual-bond market, its recipe for the recapitalization of commercial banks. The central bank has been trying to convince them to use the instrument to acquire funding and increase their capital. Perpetual bonds are fixed income securities with no maturity date. They are not redeemable but they provide interest payments for an indefinite period of time. Since the beginning of this year, Chinese banks have issued more than $35 billion of perpetuals.

The main issue with these securities is that in order to put money in them, investors must be confident in the future of the issuing entity as the bonds will never be repaid. Furthermore, in case an entity goes bankrupt, they will not cost anything. Quite naturally, the perpetual bonds issued by several small Chinese banks like Jinzhou dropped after the seizure of Baoshang. But the PBOC would not easily accept a failure of its strategy to recapitalize banks with liquidity issues.

Bank of Jinzhou is among those Chinese financial institutions that are late with disclosing their financial results for the last year. A list compiled by Zerohedge contains around 20 banks, including Baoshang and Jinzhou, which delayed their annual reports. According to the latest available data from 2017, these banks control assets worth almost 4.5 trillion yuan ($650 billion). Most of them are very reliant on interbank financing which is hardly available at the moment. In June this year, Bank of Jinzhou announced that its auditor, Ernst & Young, had quit before signing off on the bank’s 2018 accounts, Reuters reported. EY resigned after it didn’t receive documents proving that some of the bank’s clients were able to service their loans. The two sides also disagreed on the loans’ actual usage which differed from the stated purpose. Also, the bank’s shares have been suspended from trading in Hong Kong since April.

Who Is Going to Bail Out China?

Many analysts now expect the next big financial meltdown to come sooner rather than later, and some believe that will happen as early as 2020. China’s troubled banks may trigger the crisis and the world may have to come to terms with another negative reality: this time the People’s Republic may not be able to participate in a global bailout plan as it will have to focus on saving its own indebted banking system. If the Chinese central bank, which has been in a better position than its western counterparts after the 2008 crash, finds itself failing to overcome enormous domestic challenges, a reasonable question is who is going to bail out China?

In this tense pre-crisis period, decentralized digital assets have clearly turned around negative trends on their own markets and prices have been mostly on the rise since April. The importance of cryptocurrencies is likely to grow in the event of a large crisis in the traditional financial system. In the meantime, participants in the maturing cryptoconomy have been developing banking services based on digital coins. For example, a platform recently launched in partnership between Bitcoin.com and Cred aims to expand lending and earning on crypto investments. Bitcoin.com customers can now earn up to 6% on bitcoin cash (BCH) invested with Cred.

Do you think China will manage to contain the crisis in its banking system? Share your thoughts on the subject in the comments section below.

Bitcoin Is The ‘Most Spectacular’ Cryptocurrency: Ex-Central Banker

The former governor of Brazil’s central bank thinks Bitcoin is “spectacular,” heaping praise on the cryptocurrency in a mainstream media...