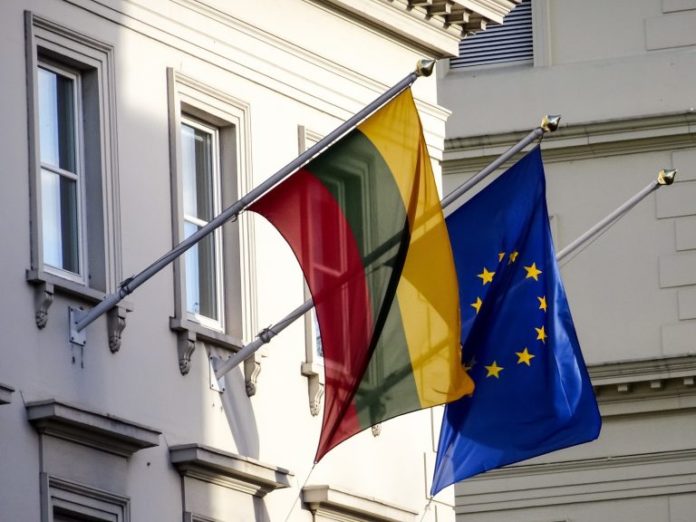 Lithuania, one of the Baltic tigers that has in past few years demonstrated it doesn’t shy away from new technologies and the digital economy, is preparing to introduce stricter rules for crypto companies. The government in Vilnius is working on amendments that according to officials will go beyond the requirements of the latest, fifth EU Anti-Money Laundering Directive.

Going Beyond What Brussels Wants

The former Soviet republic, which became one of Europe’s major crowdfunding hotspots, a real token economy hub, is going to implement legal changes that are likely to burden companies in the crypto and fintech sector with more obligations. They are part of the efforts of Lithuanian authorities to step up control over virtual currencies and increase oversight of the economy built around them.

Under the new rules, only entities registered with the country’s Center of Registers will be allowed to operate with digital assets in Lithuania. These companies will have to adopt comprehensive know your customer (KYC) and anti-money laundering procedures. According to the draft, the measures will have to be implemented upon establishing a relationship with a client for the first time. Service providers will be expected to inform the Financial Crime Investigation Service (FCIS) about larger transfers. The requirements will cover not only operations involving fiat money but also crypto-to-crypto transactions. Companies that act as intermediaries in these deals will be responsible for ensuring compliance with Lithuania’s Law on the Prevention of Money Laundering and Terrorist Financing. That means they will be required to check the identity of their clients before providing any services.

“We will probably become the first in the world to implement the FATF [Financial Action Task Force] recommendations and apply the requirements not only to the conversion of virtual currency to traditional ones and vice versa, but also when converting one virtual currency into another,” added the Finance Ministry official.

To better understand how the upcoming regulatory developments will influence crypto-related business in the Baltic country, news.Bitcoin.com spoke to Vytautas Karalevičius, founder of the Lithuanian fintech company Bankera which is currently working to establish an online bank and offer crypto-backed loans. He is also the CEO of its subsidiary Spectrocoin, a platform that provides cryptocurrency wallet and exchange services.

Karalevičius admitted that the new regulations will directly affect the cryptocurrency brokerage he is in charge of. The company has been on the market for six years and is considered a success story within the country’s fintech industry. During that time, Spectrocoin has attracted nearly a million customers and created jobs for over 100 professionals. Despite the need to adapt further, Karalevičius and his colleagues believe their companies are well prepared for the changes. “Since we act as a link between crypto and fiat currencies, KYC and AML procedures have been important for us from day one,” he said. The executive thinks regulation is a necessity in the Lithuanian cryptocurrency sector and he is convinced that a stable regulatory environment is key for the maturity and expansion of his business.

Vytautas Karalevičius, whose company has been advocating for the adoption of proper crypto regulations in Lithuania, hopes for clear licensing and operating rules which, in his view, are essential for the growth of all businesses, including those dealing with cryptocurrency. Regulation can significantly decrease fraudulent schemes and eliminate the presumption that cryptocurrencies are a primary haven for illegal activities, he noted.

According to Karalevičius, the unclear regulatory environment has already caused an outflow of talent and capital from the country, as many Lithuanian teams decided to incorporate their projects in other jurisdictions. He expects the new rules to significantly change the situation in the established crypto sector. “The full impact, of course, will depend on the ability of each industry player to swiftly transit from unregulated activities to full compliance,” he commented.

Not only Lithuanian businesses, but also their clients will likely be affected by the new legislation, Spectrocoin’s CEO noted. If the law is fully implemented as drafted, local residents will not be able to benefit from cryptocurrency services provided by companies based outside Lithuania, as it states that only entities registered in Lithuania will be allowed to serve Lithuanian clients. Estonia, another country in the Baltic region hosting a thriving crypto industry thanks to favorable regulations, recently announced its own plans to tighten the licensing regime for companies working with digital assets. One of the new rules under consideration states that foreign entities licensed in Estonia will have to comply with the requirement to maintain an office there. Spectrocoin has already established an Estonian branch and obtained a license in order to provide services to non-Lithuanian clients. The company is also exploring opportunities to operate from other jurisdictions.

Bankera, Spectrocoin’s mother company, was one of the platforms that benefited significantly from the booming crypto market. It raised $150 million with its initial coin offering, which was one of the most successful token sales. Now its founder believes the days of ICOs are gone and not because of regulation but due to the decreasing wealth in the crypto space caused by the diminished price of digital assets.

What do you think of the upcoming stricter regulations for the crypto industry in Lithuania and the Baltic region? Share your thoughts on the subject in the comments section below.

The post Lithuania to Adopt Crypto Regulations Even Stricter Than the EU’s appeared first on Bitcoin News.

Bitcoin and the Crypto Market Has Bottomed Out: Binance Research

Binance has released a report showing that there is evidence to suggest that the massive market correction of 2018 means...