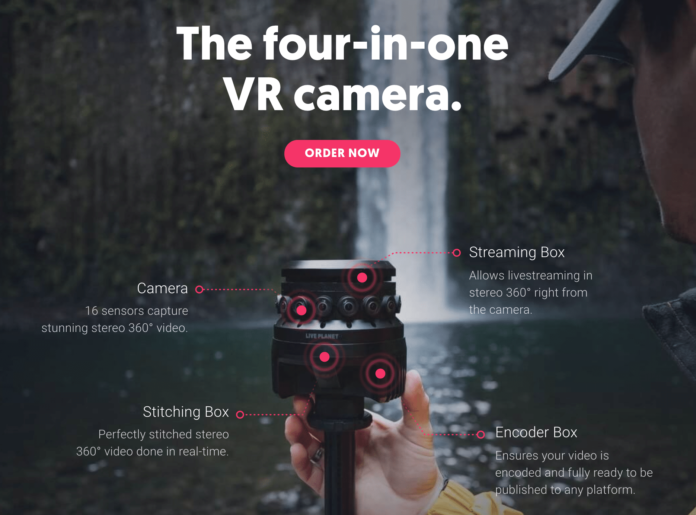 Live Planet and Halsey Minor made waves today with its announcement that it has appointed 20th Century Fox Film Corporation CTO Hanno Basse to join its team as President of Decentralized Media Solutions. Live Planet’s existing solutions include an end-to-end virtual reality (VR) video streaming and publishing solution, and a full stereoscopic VR Camera and Cloud capable of live streaming 4K video to millions of devices.

Halsey Minor is a storied entrepreneur who earned his stripes in the early Internet days, with accomplishments that include: founding CNET in 1994, one of the first media sites to publish technology and consumer electronics reviews, news, articles, podcasts, videos, and blogs in 1994 (acquired by CBS for $1.8B in 2008), co-founding Salesforce.com (investing $19.5 in 1999 and had a 10% stake at the time of the 2004 IPO), seed-funding Rhapsody in 1998, selling Grand Central Communications to Google in 2007.

Minor also established himself as a player in the cryptocurrency and blockchain space, founding Uphold, a digital money exchange service and early Coinbase competitor in 2014, founding LivePlanet, an end-to-end capture, distribution, and monetization system for immersive video, and in November 2017, Minor launching VideoCoin,  a distributed computing project that aims at storing, encoding, and streaming video at affordable rates.

We first got the chance to interview Halsey Minor in April 2018, when VideoCoin had just recently finished a successful pre-ICO fundraising round, beating their goal of $35,000,000. One long crypto winter later, we re-connected with Minor in regards to Live Planet’s progress thus far and where it has set its sights on for the future.

Today, VideoCoin announced its appointment of the former CTO of 20th Century Fox Film Corporation Hanno Basse. Basse has established his favorable reputation on his extensive expertise in utilizing emerging technologies to create new media experiences and services. VideoCoin’s recruitment of Basse aims to expand its global footprint and catalyze its innovations in immersive and linear video production, distribution, and monetization. “The media processing and distribution technologies Halsey and his team have built are among the most groundbreaking I’ve seen. They provide the basis for a new generation of solutions that media, telco, and corporations will eagerly embrace as our world moves toward increased decentralization, higher-speed communication, and edge-based compute,” said Basse. “I cannot wait to show the world what we will deliver next.”

“I’m absolutely thrilled to mark the next stage of growth for Live Planet with the addition of Hanno to our world-class team of media and technology experts. Hanno brings a truly unique level of senior experience to Live Planet that will be extremely valuable to us as we help our customers meet the increasing demands of streaming video and next-generation on-demand services,” commented Minor. “The addition of a technology pioneer of Hanno’s caliber is emblematic of Live Planet’s strategic direction and I look forward to an incredibly exciting journey ahead.” Preparing for a 5G World

This announcement comes at a time when 5G is starting to be rolled out worldwide. 5G enables faster communication between devices and edge-based computing. The recruitment of a Hollywood executive such as Hanno Basse demonstrates the growing interesting in the video production Mecca.

In broad strokes, many people believe that 5G is going to mark a monumental shift forward in technology. The current standard of 4G is essentially what powers the modern smartphone world, allowing users to spend hundreds of millions of hours a year scrolling, clicking, and interacting with dozens of apps without any substantial slowdowns or problems. 4G was seen as a huge jump from the 3G world, and the word on the street is that the jump from 4G to 5G is going to be even greater.

“We think there’s a much bigger play here as 5G starts to roll out,” says Minor in an exclusive interview with CoinCentral. “We’re already creating a whole system for proving that servers can do something, measuring what they do, and compensating them for the activity they’ve taken. We kind of get this for free because we’re already building the data center architecture.”

VideoCoin aims to utilize a decentralized network of unused or underutilized computers in data centers to facilitate the powering of the network, bringing cost savings down to consumers. However, it seems VideoCoin is after more than just cheaper video processing – it has its eyes on building the infrastructure for a decentralized video hosting future.

“5G is high bandwidth but much lower latency. You can build services with extremely low lag, whether for gaming or IoT,” affirms Minor. “5G is going to push computing and applications to the next level. We want to architect a payment system for those apps. What we are today is a lower cost way to get video encoding services, but where we are tomorrow is a different architecture from Amazon because we can have these decentralized servers that get pushed closer and closer to where the traffic is.”

On a surface level, VideoCoin will rival cloud-based video processing providers such as Amazon Web Services, with claims that it will be able to provide the same services at an estimated 60% to 80% discount. With Live Planet onboarding video creators with an end-to-end VR solution, the team looks to further the adoption of VR in junction with paying customers.

However, with 5G poking around the corner and stellar recruitment like that of Hanno Basse, Live Planet may end up doing a lot more than it initially anticipated. Live Planet is currently on a hiring spree, looking for talented blockchain engineers, preferably with backgrounds in mainstream media and interests in the future of video. To apply to work at Live Planet click here.

Bitcoin’s price has seen a dramatic resurgence of bullish support over 2019, which has allowed it to decouple away from...