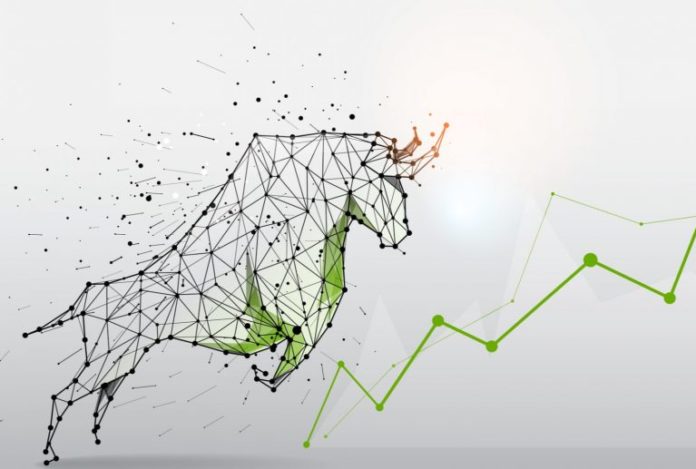 Digital currency markets are seeing significant gains this week as the entire market capitalization gained $28 billion in the last seven days. Moreover, trade volume has spiked to a massive $100 billion and during the last 24 hours, numerous digital assets have gained between 3-48%.

Also read: Close to 11 Million BTC Haven’t Moved in Over a Year Behind BTC is ETH and each coin is currently swapping for $156 at press time. ETH’s overall market capitalization is around $17 billion and there’s been $10 billion in ETH trades in the last 24 hours. Following ETH’s trail is ripple (XRP) which is currently trading for $0.22 per XRP. The cryptocurrency has a market cap worth $9.6 billion and has seen $356 million worth of XRP trades on Tuesday. Lastly, the stablecoin tether (USDT) has seen its market pushed down to fifth position after bitcoin cash (BCH) took the fourth spot. Currently, USDT captures more than half of all crypto trades on January 14.

Bitcoin cash (BCH) markets have done very well during the last week and each coin is swapping for $313. BCH is up 19.7% on Tuesday and more than 30% for the week. The 24-hour trade volume for BCH is around $2.6 billion and the overall BCH market valuation is roughly $5.7 billion.

Bitcoin cash really started showing significant gains on January 6 and prices have been climbing ever since. This week a number of traders believe that BCH may be due for another surge. The well known crypto analyst @Bigcheds detailed that BCH is likely forming a bull flag pattern after massive consolidation. Another popular analyst dubbed @Imbagsy also revealed some bullish factors for BCH on Twitter. On January 13, former Goldman Sachs analyst and Adaptive Capital executive Murad Mahmudov shared a chart that shows BTC passing key trendlines. The chart Mahmudov displayed seems to suggest that bitcoin bears might be foolish for betting against the decentralized asset.

After the January 10 Kleiman v. Wright lawsuit filing hit the docket, the price of Bitcoin SV (BSV) has jumped in value considerably. At the time of writing, BSV currently commands the sixth-largest market capitalization. Each BSV is trading for $238 a coin and markets are up over 48% on Tuesday. BSV markets have also gained 113% during the last seven days.

Another notable forerunner this week is the cryptocurrency dash (DASH) which has gained 28.3% today and 48% in the last seven days. In the last 14 days, dash jumped 60% since the Evolution testnet was released.

Disclaimer: Price articles and market updates are intended for informational purposes only and should not be considered as trading advice. Neither Bitcoin.com nor the author is responsible for any losses or gains, as the ultimate decision to conduct a trade is made by the reader. Always remember that only those in possession of the private keys are in control of the “money.” Cryptocurrency prices referenced in this article were recorded at 9:20 a.m. EST on January 14, 2020.

Remember Blockvest? The ICO entangled in a web of deceit with the SEC for its fraudulent securities offering? Reginald Buddy...