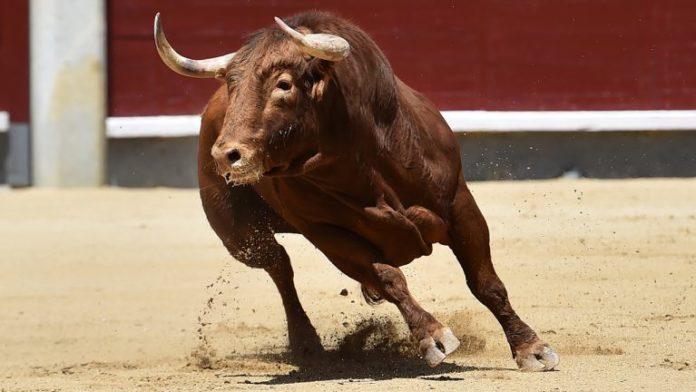 Cryptocurrency markets are bullish on April 29, as BTC prices have spiked over 11.8% in the last 24 hours touching a high of $8,740 per coin during Wednesday’s trading sessions. Bitcoin has gained 130% in value since the market rout on March 12 otherwise known as ‘Black Thursday.’ Many believe the cause behind the higher price is due to the pending Bitcoin Halving expected to take place on or around May 12, 2020.

Bitcoin Markets Jump Significantly in Value, $1K in a Day

The overall market valuation today for all 5,000 crypto assets in existence is roughly around $251 billion (1/4 of a trillion) and BTC’s market cap captures $153 billion of that number. Slowly and steadily, BTC prices have continued to rise during the last week breaking past a few crucial resistance zones. At press time, the price per BTC is around $8,639 per coin and the crypto asset is up over 11%. BTC is up 21% for the last seven days, 35% for the last 30 days, and 60% for the year so far. 90-day statistics show that BTC is still down around 8% with today’s prices. ETH prices are up around 10% as well and each ether is swapping for $215 per coin. XRP still holds the third-largest market cap and each XRP is valued around $0.22 at the time of publication. Tether is hopping back and forth with bitcoin cash (BCH) markets and is currently the fifth largest crypto market valuation today.

A popular digital currency trader named @Galaxy told his 62,000 Twitter followers: “The fact that BTC is going to $13K simply cannot be ignored. Of course, many of the people who responded to Galaxy didn’t believe his price prediction. Some traders responding said another big correction is coming and others expect prices around $5K. Meanwhile, plenty of individuals could imagine $100-200K per BTC prices. “I never understand people day trading bitcoin. Just hold until it’s $100K and sell a little. Repeat at $200K. It’s easy,” another individual tweeted in response to Galaxy’s tweet.

Bitfinex Cold Wallets Are Being Siphoned

Just recently news.Bitcoin.com reported on the massive withdrawals that crypto proponents have witnessed since the Black Thursday market massacre. According to a report written by Anton Lucian, Bitfinex cold wallets are draining significantly. “57,000 BTC ($441M) has been withdrawn from Bitfinex’s cold wallet in the past 70 days,” Lucian detailed. “This is one of the rare times the exchange’s cold wallet has seen a drop in holdings for an extended period of time. BTC withdrawals on the exchange in the past 30 days are also more than 10x higher compared to other exchanges,” the author added. Some crypto proponents wholeheartedly believe that the jump above $8K per BTC today was due to Fed Chair Jerome Powell’s press conference. Powell told the public that the Federal Reserve will be keeping interest rates at zero and he discussed a number of stimulus plans. What really triggered the spike and even a rise in equity markets is when Powell’s Fed proposal disclosed that the money has no requirements. “Unlike other portions of the relief for American businesses, however, this aid [from the Fed] will be exempt from rules passed by Congress requiring recipients to limit dividends, executive compensation, and stock buybacks and does not direct the companies to maintain certain employment levels,” explains the Washington Post. “Critics say the program could allow large companies that take federal help to reward shareholders and executives without saving any jobs. The program was set up jointly by the Federal Reserve and the Treasury Department,” the financial news outlet added.

What do you think about crypto market prices today? Let us know in the comments below.

Yele Bademosi, formerly a director at Binance Labs, has launched Bundle a cryptocurrency and Naira social payments application in Nigeria....