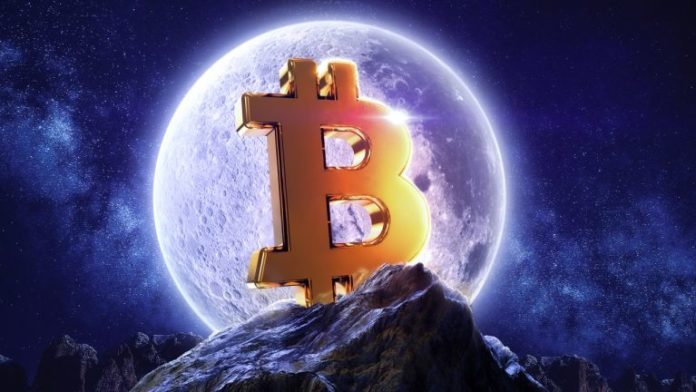 Cryptocurrency markets are seeing decent gains on Friday following the announcement Square made the day prior about purchasing $50 million worth of bitcoin for reserves. During the morning trading sessions, the overall market capitalization of all 7,000+ crypto assets is up over 2% hovering at $340 billion.

Digital currency markets are doing well on October 9, as a number of the top crypto markets have seen 24-hour gains. The positivity increased on Thursday, when the publicly listed firm, Square, told the public it purchased 4,709 BTC. Bitcoin is up 4.4% for the last seven days, 8.1% for the last 30, and over 19% for the last 90 days. Moreover, bitcoin (BTC) has surpassed the $11k price range and is currently trading for $11,062 per coin at the time of publication. BTC’s market capitalization is over $205 billion and captures 61% dominance today amongst all the other market valuations.

Ethereum is also doing well, as the crypto asset has gained more than 4.4% during the last week. At press time, ETH is swapping for $359 per coin and captures 12.14% of the crypto economy’s aggregate market value. ETH’s position on Friday is followed by tether, XRP, and bitcoin cash (BCH).

This weekend cryptocurrency traders are expecting some possible big moves. The popular analyst, Cantering Clark, told his 28,000 Twitter followers the lengthy consolidation period for BTC may be coming to an end.

“I think that given this prolonged state of compression that we get a big move before the weekend for BTC,” the trader tweeted.

“Either direction, I doubt we get some cookie-cutter retest. It’s one of those candles where you need to commit quick or the trade is already behind you,” the analyst added.

Meanwhile, as the social media crowd has been talking about Square purchasing 4,709 BTC at $50 million, one trader believes that bitcoin (BTC) was already “bullish” before the announcement.

“Bitcoin BTC was already bullish before the Square news,” the crypto commentator Light told his Twitter fan base. “With no supply selling bottom of this trendline even as YFI tried to kamikaze the whole market. Obvious what comes next.”

The popular financial analyst Peter Brandt also told his 376,000 followers that he believes a “big buy signal” may come to fruition.

“It is a major development that a global corporation (Square) is now putting BTC onto its balance sheet,” Brandt tweeted on Thursday.

“The weekly and daily charts are poised to flash a big buy signal,” Brandt concluded. However, not everyone agreed with the Veteran trader, as Square only put 1% of the firm’s holdings into BTC. “1% pathetic where are the real bulls?” an individual responded to Brandt’s optimistic tweet.

Furthermore, a number of traders have been eying BTC/USD chart technical indicators and have noticed the Bollinger Band-width is around 0.95 this week. The trader Nunya Bizniz on Twitter noticed this chart development on October 5.

The last time BTC’s Bollinger Band-width was this narrow was in 2016, just before the 2017 run-up. Meanwhile, the current tight width does not necessarily mean BTC’s price will go northbound, and it’s quite possible there could be some downside risk. A number of people seem hesitant on which way the BTC price will go, despite the very narrow Bollinger Band-width.

What do you think about the positive action within crypto markets during the last 48 hours? Let us know what you think in the comments section below.