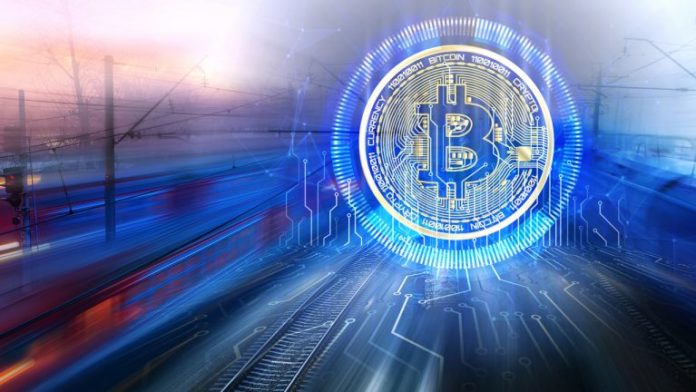 Cryptocurrency market prices have improved a great deal since our last market update, as the overall market capitalization of all 5,700+ coins has gained $16 billion since June 14. Most of the top digital assets have remained in a consolidated cycle and a great number of cryptos have been able to hold above their 50-day averages.

The crypto community is curious about what’s going to happen next in the land of digital currency markets. Today, on Wednesday, July 8, a great number of coins are up in value and have gathered decent gains. At the time of publication, the entire crypto cap of all the coins in existence is around $277 billion and there’s roughly $21.6 billion in global trades. Bitcoin (BTC) is hovering around $9,342 per coin and has a $172 billion market valuation. As far as seven-day gains are concerned BTC is only up 1% for the week.

The second-largest cap on Wednesday is Ethereum (ETH), which is trading for $245 per ETH at the time of publication. ETH has gained 7% during the last seven days. The stablecoin tether (USDT) currently holds the third-largest market valuation and it seems it will hold there for quite some time. Currently, the USDT market cap us around $9.6 billion and there’s $7 billion in global USDT trades today. XRP is the fourth largest valuation today, as each XRP is swapping for $0.19 per coin. XRP has gained 13% during the last seven days and it’s up over 8% today.

This week a number of economists and analysts have been trying to predict what will drive the next cryptocurrency bull run. Etoro market analyst, Simon Peters, thinks that more institutional investment is needed to prime the bull.

“So what is going to drive the next bull run in bitcoin?” Peters asked in a weekly investor’s note. “In my view, it is institutional investment. Bitcoin is the most well-known and biggest crypto by market cap and its development to date has mainly been dominated by retail investors. As word has spread, in particular since the price boom of 2017 and 2018 where prices hit all-time highs of $20,000, we have begun to see more institutional interest. This has taken the form of institutional investors buying the underlying crypto asset and indirect investment such as buying shares in bitcoin trust companies or investing in ETPs (Exchange Traded Products).” Peters continued by adding:

If we are going to see bitcoin prices rise sustainably above the $10,000 psychological barrier and even as high as $30k or $40k, then more capital inflows are needed, which will most likely have to come from institutions. Glassnode recently shared an interesting stat, showing that 61% of bitcoin in circulation hasn’t been touched in over a year. That’s an all-time high for this metric. In fact, the last time we witnessed such inactivity was just before the great bitcoin bull run of 2017. An omen of things to come, perhaps?

The cryptocurrency community recently witnessed the significant drop in value on March 12, 2020, otherwise known as ‘Black Thursday.’ Unfortunately, another leg-down could happen again, and the popular economist A. Gary Shilling believes it will be much like 1929’s economic crash. Shilling is specifically talking about traditional commodities, stocks, and equities, as he thinks the pandemic is the “most disruptive financial and social event since World War II.” Some bitcoin speculators think that there is a strong correlation between digital currency markets and the performance of traditional equity markets.

“Stocks are [behaving] very much like that rebound in 1929 where there is absolute conviction that the virus will be under control and that massive monetary and fiscal stimuli will reinvigorate the economy,” Shilling said in his recent interview.

Even though stock markets have seen some gains in the U.S. and in China, Citi strategist Robert Buckland agrees with Shilling’s sentiment. Buckland explained to the press that institutional and retail investors should wait until prices sink lower in order to enter new positions.

Lastly, during the last two weeks, the price of cardano (ADA) jumped from a low of $0.07 per ADA to $0.129 per coin. ADA is up 25% today and is the forerunner out of the top ten coins that rests right behind the BCH market position. Just recently, ADA founder Charles Hoskinson recently talked about a possibility of cross-chain interoperability with Bitcoin Cash (BCH).

On the first of July, the Cardano development team deployed a Shelley upgrade node onto the network. The complete Shelley upgrade (hard fork) will take place on July 29. ADA did touch a high of 85% worth of weekly gains, but seven-day stats currently show the price has leveled, as ADA is up 52% for the week at $0.129 per ADA.

This Week’s Gainers and Losers

From the lows seen on Sunday, Bitcoin has sustained a healthy bounce. As of the time of this article’s writing,...