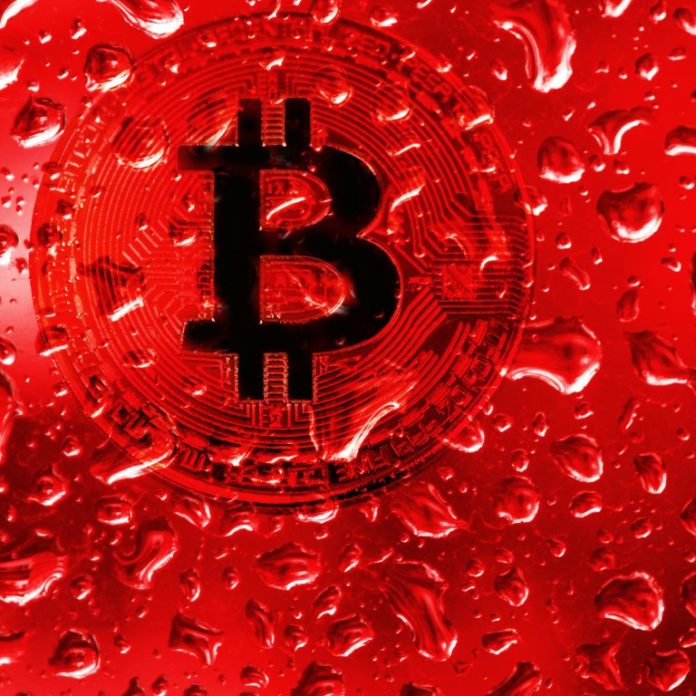 As 2018 nears an end, cryptocurrency prices are dipping once again, having seen significant losses since the start of the year. This Wednesday, Dec. 5, the entire digital asset economy is valued at roughly $120 billion and most of the top 10 coins have lost 6-15% in value over the last 24 hours and 15-35% in the last week.

Digital asset markets have plummeted once again to the lows that were once held just two weeks ago, and most cryptocurrencies have lost incredible value over the last 12 months. Just a few weeks ago, bitcoin core (BTC) markets held a larger valuation than the entire market cap of all 2,000+ coins in existence today, showing that a lot has changed. Furthermore, the top 20 coins are moving positions regularly now as market caps have changed rapidly. When prices drop, cryptocurrency trade volumes typically rise, but that’s not the case during today’s trading sessions, with only $13 billion worth of cryptocurrencies swapped over the last 24 hours.

Bitcoin core (BTC) is currently trading for $3,780 and holds a market valuation of about $65.8 billion. The cryptocurrency has lost 4.8% today and 10% during the course of the last seven days. The second largest capitalization captured by ripple (XRP) shows the market is valued at $13.7 billion and one XRP is trading for $0.34. Ethereum (ETH) has also seen better days as markets are down 6.5% today and 13.6% this week. ETH is trading for $103 per coin and has dipped under the $100 psychological threshold a few times already. Lastly, stellar (XLM) still holds the fourth position as far as market caps are concerned. The cryptocurrency is trading for $0.14 per coin and markets are down over 6% over the last 24 hours.

Bitcoin cash (BCH) markets have seen the worst losses out of the top 10 all week and many proponents are blaming the Nov. 15 blockchain split. The price of BCH is averaging around $131 right now and while it hasn’t dropped lower than $130 yet, it easily could. Bitcoin cash has around $93 million in global trade volume this Wednesday, which is a bit better than last week’s statistics.

Looking at the four-hour BCH/USD charts shows bears have clawed BCH prices down to some pretty low values. The Relative Strength Index (RSI) is showing extremely oversold conditions at 17.82 and the Stochastic oscillator shows similar results. The MACd indicates the price has flatlined to some pretty deep levels for now and a possible price increase could follow suit in the short-term but volume hasn’t appeared.

The two Simple Moving Averages (SMA) show the long-term 200 SMA is still well above the short-term 100 trendline. Of course, this indicates that the path toward the least resistance is ultimately the downside for now. However, at the moment, order books on both sides are eerily flat and this could mean a move in any direction is possible.

The Verdict: Some Envision Market Uncertainty as a Second Opportunity

Many traders don’t know what to expect next, with some predicting more crypto-market losses while others forecast a turnaround is in sight. Bitwise Asset Management CEO Hunter Horsley says there are multiple reasons we are seeing declining cryptocurrency prices. This includes an extremely contentious bitcoin cash fork that split the world’s fourth-largest coin, the SEC’s recent enforcement actions against ICOs, and tax-loss harvesting sales by investors, explained Horsley. However, he believes with digital asset prices being so low, it may give retail investors another chance to get involved.

“The 68% drawdown in bitcoin prices this year has given investors a unique opportunity to enter the market at prices many thought we’d never see again,” Horsley concluded.

Where do you see the price of BCH, BTC and other coins heading from here? Let us know in the comments below.