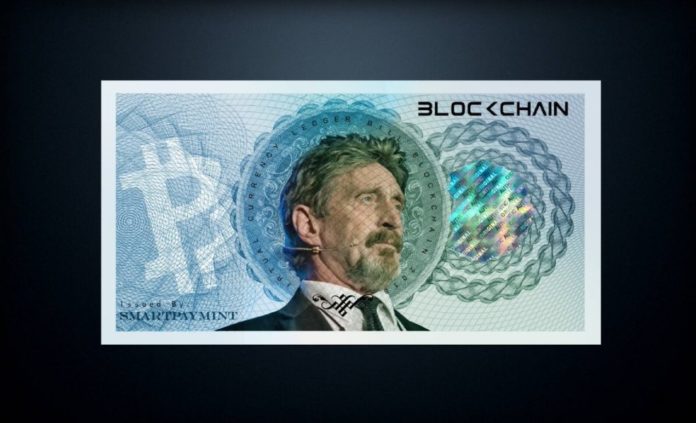 John McAfee gets off to another whack. McAfee’s founder of the anti-virus program McAfee wants to offer an alternative to fiat currencies with the McAfee Redemption Unit. The planned currency is to be supported by cryptocurrencies. In addition, the planned currency includes a very special promise, for all those who want to meet the entrepreneur once in person.

You can say, think and write about him whatever you want. But one thing you have to admit to him: The founder of the anti-virus program McAfee knows how to keep in the news columns of the crypto world. First, he criticized Jamie Dimon for his statements regarding Bitcoin. Then he betrayed his best piece on the fact that the Bitcoin price by the end of 2020 would have a value of 500,000 US dollars. And now the next big thing: The British-American entrepreneur announces his own fiat currency.

With the “McAfee Redemption Unit” McAfee wants to offer an alternative to common payment systems until June 25th. By doing so, he wants to counter the “war on cryptocurrencies” that he says is run by banks. So the McAfee Coin is exactly opposite to the current system work. The value of its currency should be borne by cryptocurrencies.

However, many details are not known yet. Accordingly, he simply writes in his tweet: “The, McAfee Redemption Unit ‘is real and comes in 26 days. The graphics have a low resolution – I do not want to reveal too much. It is printed on currency paper with holographs on both sides. The bills are serialized, linked to the blockchain, redeemable, convertible and collectible. ” This is how the banknotes should look like: 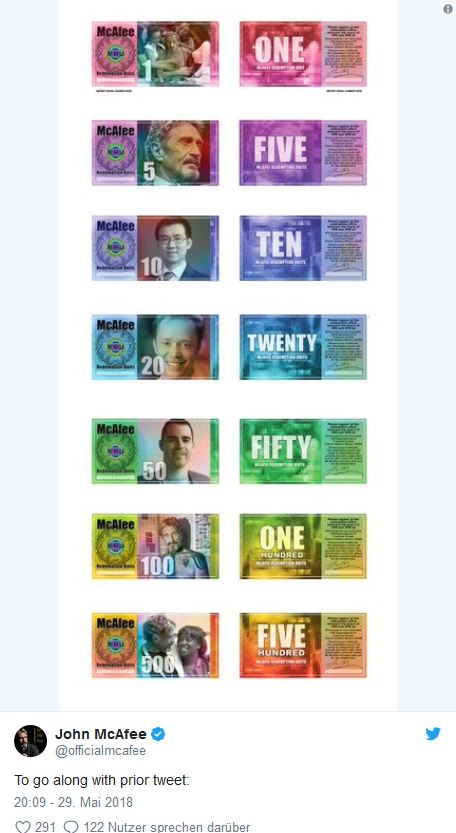 The very special promise behind the McAfee Redemption Unit

Another interesting detail: who owns the currency, John McAfee may meet in person. Anyone coming to the Redemption office in Mexico between 1 and 3 pm with a McAfeee Redemption Unit has the right to meet with McAfee. The length of the meeting ultimately depends on how much the Redemption Units are “worth”.