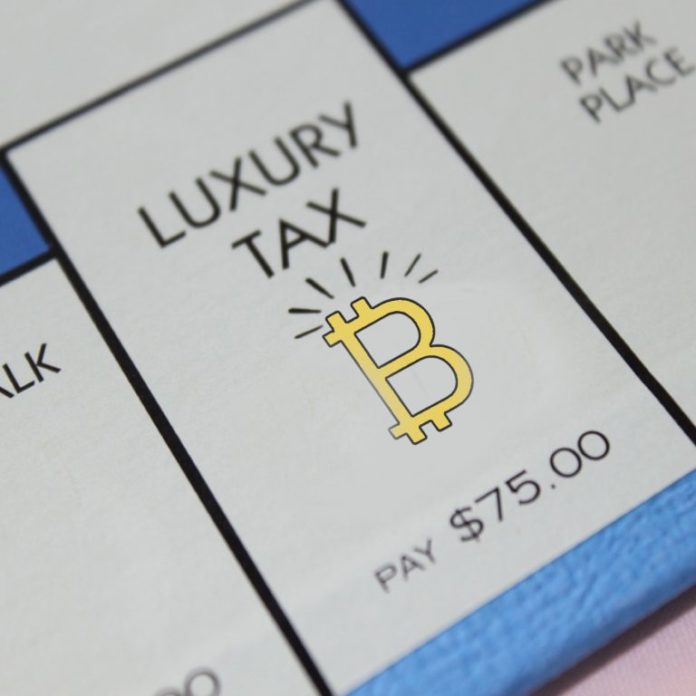 Since the incredible bull run last year, early adopters, and even people who invested in cryptocurrencies back in January 2017, have made an incredible amount of financial gains. In the U.S. some people who want to cash out a good chunk of money realize they’ll end up paying the taxman (IRS) a lot of money in capital gains. However, there are ways people can avoid heavy crypto-taxation and capital gains. This week, news.Bitcoin.com spoke with Tim Picciott, a financial advisor and Certified Financial Planner (CFP) for ten years, and he explains how he’s been helping the ‘crypto rich’ avoid hefty penalties and capital gains legally.

We recently chatted with the financial planner, Tim Picciott, otherwise known as the Liberty Advisor. Picciott was recently on the Declare Your Independence show with Ernest Hancock on Freedom’s Phoenix explaining how he’s helping people who’ve accumulated sizable crypto holdings use the same strategies ultra high net worth families use to legally avoid substantial taxation. Picciott also presented a keynote speech at the TDV Investment Summit, explaining how, in the past, he had to leave a lucrative practice, pay a hefty fine, drop his series 7, and was effectively unemployed for three months until the government approved his paperwork.

Now Picciott’s business is up and running and he’s assisting individuals who’ve become crypto rich avoid hefty taxation. Unlike most CFPs, Picciott understands the current economic system is broken, and so he approaches financial management in a different way.

News.Bitcoin.com (BC): So how did you get into cryptocurrencies and learning about bitcoin?

Tim Picciott (TP): I graduated school in 2008, just in time for the world meltdown and started my career the day Lehman Brothers crashed. So I was always told that everything that happened in 2008 couldn’t happen. I was in the graduating class that won the national competition for the Federal Reserve, and I was told all this different stuff. Then I graduate, and, boom, everything collapses. I immediately became distrustful of the financial system. One day someone told me that the Federal Reserve was private, and I didn’t believe them. So my girlfriend bought me the ‘Creature from Jekyll Island’ by G. Edward Griffin, and the book really blew me away. I went further down the rabbit hole and found out about Ron Paul, and I found out about bitcoin when it was around $3. Unfortunately, I didn’t buy any.

My interest in bitcoin basically stemmed from my distrust of the system and being in the libertarian movement. Then over the past couple of years, I became really good friends with Ernest Hancock from the Freedom’s Phoenix broadcast. And he kept telling me that I got to look into these cryptocurrencies.

I’m also a little bit different because I’m a certified financial planner who holds these views, because most people in my industry don’t want to recognize there’s problems within the system.

I see the current system is essentially high tech slavery. I don’t like being a slave, and I don’t like my kids being a slave. I see cryptocurrencies as a way to bypass all these middlemen and bypass a lot of these parasites to really free humanity.

BC: How did you get started helping the crypto-rich avoid taxes and capital gains legally?

TP: Last year around this time, I was at a party at Ernie’s, and there were a lot of rich cryptocurrency holders. Ernie came up to me and said, “Hey we got a bunch of rich early adopters here and they needed some financial advice.” One of the gentlemen talked to me, and he had no heirs and no kids, and didn’t know what to do with his cryptocurrency gains. And he asked me what does the top 1 percent of the population do to add their assets into the system, and how do they avoid substantial capital gains legally. I knew what to do with stocks and bonds, or if a company had a highly appreciative business what they would do, but at the time I didn’t know how to do it for crypto.

Then I attended the Nexus Earth conference in Colorado, and I had a few people ask me about self-directed IRAs. People don’t realize it but you can put pretty much anything into a retirement account as long as it’s not deemed a collectible. Now I’m working with a few guys out of Massachusetts who have been helping clients out with financial management for two decades. They specialize in alternative investments and self-directed IRAs so I teamed up with them to help roll out the business.

BC: What kind of methods are you using to help them?

One of the things I saw last year is I saw people cashing out their 401Ks and IRAs to get into bitcoin. Which in hindsight was a pretty good move for them because they made a bunch of money. So I was thinking there’s got to be a better way where people can do this from a tax standpoint. So if you had someone who cashed out a $100,000 of their IRA on January 1, 2017, once they get hit with the taxes they are also gonna get hit with a 10 percent penalty in order to take early distribution.

A year later you’d have close to $900,000 not including a CFP competitors 10-15 percent fee, assuming you used the funds to purchase the cryptocurrency yourself. What people don’t realize is that individuals can do what’s called a Roth conversion and avoid the 10 percent penalty. Let’s say you did the same tactic, but now a year later you have over a million instead, and the entire gain was tax-free legally. So while the investment is inside of the Roth IRA you not only will have an extra $100K, which is nice, but all of the appreciation will be tax-free.

Another way to do this is you put in $100K into cryptos at the peak and your investment is down to $30K, well you can convert your IRA at that point into a Roth, only pay taxes on the $30K to convert it, and all of the appreciation would then be forever tax-free. There’s not one cookie cutter strategy for everyone as every case is different. BC: How is your methods different than using a trust like Grayscale’s GBTC or other crypto IRA firms?

TP: What I actually do with self-directed IRA or trusts is you can actually hold the cryptocurrencies yourself. So the assets are in your IRA, say if you held bitcoin cash (BCH), you can hold it just like you do now. Plus some of these other cryptocurrency IRA firms charge 10-15 percent when I charge 1-2 percent.

BC: Being a liberty minded certified financial planner do you think the government will catch up with people who have lots of cryptocurrencies on exchanges like Coinbase but are simply choosing not to pay taxes?

TP: Yes, especially If you are ‘on the grid’ and you bought your cryptocurrencies on Coinbase or any other major exchange, and you have a ton of assets — You are on the government’s radar.

When they caught Al Capone for all of his criminal activity, it was because he the IRS came to him, and was like: ‘How do you have these five speedboats and mansions but you claimed you haven’t made anything?’ So if all of the sudden, they see you driving around in a ‘Lambo,’ the IRS is going to wonder how you got the money. If you can’t substantiate that purchase you might get into some trouble.

It’s one thing to pull out $100 here or $1,000 there, but when you start pulling out lots of money, like six figures, there’s going to be a pecking order, and the government will start nailing people. Now the government is pretty incompetent and this technology is way over their heads, but if you live in the U.S and claim to make $50K a year while driving a Ferrari you will draw attention. So my methods are a way to basically make all parties better off, except for the IRS. With the types of IRAs, trusts, and foundations we are setting up for people they can avoid paying the taxman large sums of money.

I think there will be people who will be targets, especially the ones using the big exchanges like Coinbase, Kraken, and others.

What do you think about the Tim Picciott (Liberty Advisor) helping the crypto rich avoid heavy taxation and capital gains? Let us know about this subject in the comment section below.