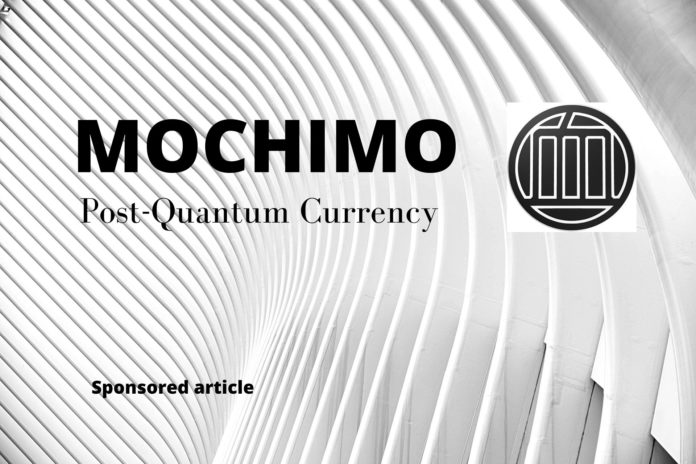 One of the major reasons that the blockchain technology is popular among several industrial applications is that it is incorruptible, immutable, transparent, and works on the principle of the distributed ledger.

To avoid these issues and shortcomings, a team of developers has developed a third-generation and future-proof decentralized cryptocurrency dubbed MOCHIMO [$MCM]. Besides, it has a completely quantum-resistant blockchain that is fast, lightweight, and scalable.

All these elements work together to create a truly decentralized, trustless, and scalable distributed ledger.

Reportedly, Quantum computing could mostly like break into the ECDSA encryption adopted by some of the popular cryptocurrencies like Bitcoin (BTC), Ethereum (ETH), and other ERC-20 tokens.

Similarly, the Mochimo consensus model is a mathematically provable consensus superior to other cryptocurrencies and which allows for high-speed convergence and orphaned chain pruning.

Besides, the Mochimo cryptocurrency also employs a fair distribution model that facilitates a minimal premine for the developer team, self-regulating mining difficulty, absence of an ICO, and insurance of the slowly decreasing block rewards.

At the core of this quantum-resistant cryptocurrency is some powerful innovation that provides some robust and scalable infrastructure to its blockchain. Below are some of the most innovative features of the Mochimo blockchain platform.

The Mochimo cryptocurrency is futuristic and prepares itself from the future challenges posed by quantum computing. Besides, it also adopts several technological innovations to create an affordable and seamless experience for its users. It does this by preserving the core features of cryptocurrency like scalability and decentralization.