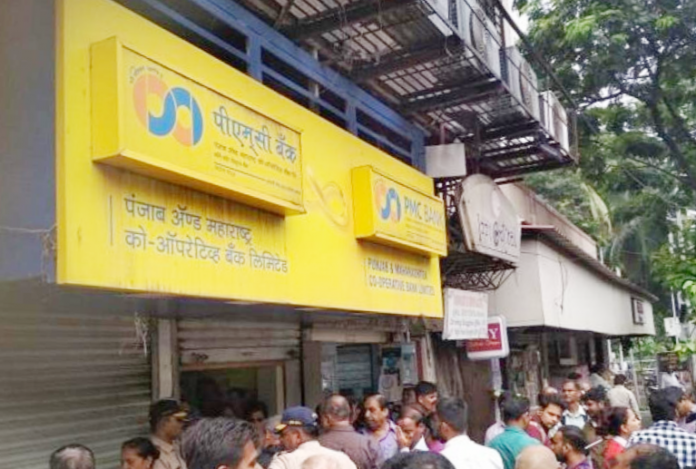 Customers of a cooperative bank with 137 branches across India still do not know the fate of their money, which was restricted by the central bank. Evidence of alleged bank fraud has since surfaced, but the RBI still insists that India’s banking system is safe, despite many citizens being unable to withdraw their money.

The Reserve Bank of India (RBI) put Mumbai-based Punjab and Maharashtra Cooperative Bank (PMC Bank) Ltd. under regulatory restrictions last week, which include limiting customer withdrawals to 1,000 rupees (~$14) for six months. PMC Bank is a major cooperative bank in India with 137 branches in multiple states. After days of protests by panicked customers, the central bank decided to increase the withdrawal limit to a total of 10,000 rupees, with other restrictions remaining unchanged.

However, more than one week later, customers of PMC Bank are still waiting for answers about the fate of their deposits. Meanwhile, more details have surfaced pointing to alleged fraud by PMC bankers. In an attempt to alleviate the situation, the RBI issued a statement on Oct. 1, stating that “There are rumors in some locations about certain banks including cooperative banks, resulting in anxiety among the depositors,” adding:

RBI would like to assure the general public that Indian banking system is safe and stable and there is no need to panic on the basis of such rumours.

Within the 24 hours following the RBI’s statement, over a thousand upset comments flooded Twitter in response. “Without prior notice [or] any information you lock down our money,” one comment reads, adding that no one would trust when the RBI says the system is safe after the PMC Bank crisis.

Many were appalled that the RBI continues to suggest putting money in banks such as PMC Bank is still safe. “Money is safe but you have no access to it,” one commenter sarcastically exclaimed. “People are going insane now, already one week has passed. No clarification about depositors’ money,” another stressed. “You can’t even provide the preliminary report even after eight days and you expect everything to be safe,” a third concurred. A different user proposed: “If you want the confidence of [the] public in the banking system, safeguard the depositors’ money of PMC Bank. Let them withdraw or transfer their entire money to some other bank.”

Numerous people were upset that the RBI has downplayed the situation since the central bank suggested that some facts are just rumors. “These are not mere rumors. You, RBI, have stopped us from accessing our own money. This a harsh and unreasonable step taken against the depositors of PMC Bank,” one commenter disputed. Some question if any bank is safe at all. One user concluded:

It is not rumor. It is truth. Our money is not safe in [a] bank.

Others share the sentiment, leaving rebuttals such as: “We are panicking on the basis of reality, not rumors. You have turned into spineless wimps who are cheering as the Megalomaniac drives the country down into disaster” and “You are responsible for panic rumor among [the] general public due to your irresponsible act. You have looted depositors of PMC Bank … Freezed their accounts and no clarity to return the money.”

On Tuesday, local media reported on a confession letter sent to the RBI by suspended PMC Bank managing director Joy Thomas. The five-page letter details how the bank misreported to the RBI for over 10 years in order to hide its fraud. Thomas revealed how the bank hid its exposure to Mumbai-based slum developer Housing Development and Infrastructure Ltd. (HDIL) for six to seven years, even when it was facing insolvency proceedings in the National Company Law Tribunal.

In the beginning, the relationship was profitable. However, in 2012-2013, HDIL started to default on its dues after the cancellation of its slum rehabilitation project near the Mumbai airport. Thomas said the bank looked the other way on these defaults in fear of risking its reputation, and while the bank was growing, the auditors only checked the incremental advances, not the entire operations of all accounts and loans to HDIL. In the confession letter, Thomas claimed that the bank’s exposure to bankrupt HDIL was Rs 6,500 crore (~$914,095), which is over 70% of its total assets. To classify these loans as non-performing assets would affect the bank’s profitability and it would have faced regulatory action from the RBI. The letter continues:

It took six senior bank officials, almost 21,049 dummy accounts and over ten years of misreporting to execute what is probably the biggest case of swindling at any cooperative bank in the country.

The central bank has also placed banking restrictions on all banks, prohibiting them from providing services to crypto businesses. The ban has been challenged in the supreme court, which is expected to resume hearing the case this week.

What do you think of how the RBI is handling PMC Bank’s situation? Let us know in the comments section below.