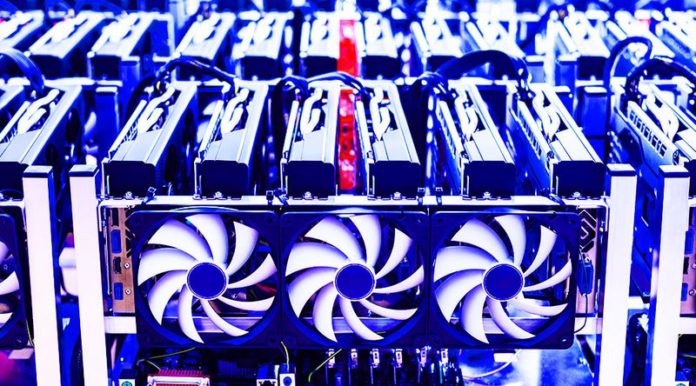 Ethereum ASIC miners are relatively new. The first group arrived five months ago in April by way of Bitcoin mining giant Bitmain. Known as Antminer E3s, they were first shipped out last July and cost approximately $800 per unit. The first batch sold out almost immediately despite several selling limits, including Bitmain’s “one unit per user” principle, and restrictions on shipping to both Taiwan and China. The company had been touting its new technology since early February.

Susquehanna analyst Christopher Rolland was one of the first voices to break the news. Rolland explained, “During our travels through Asia last week, we confirmed that Bitmain has already developed an ASIC for mining Ethereum, and is readying the supply chain for shipments in [Q2 2018].”

Unfortunately, the Ethereum community has posed several problems for Bitmain by seeking to halt the use of ASICs, which they believe cause centralization and prevent fair competition in the mining arena. Recently, a developer put forth an Ethereum improvement proposal (EIP) suggesting an Ethereum Network hard fork that would ultimately prevent the utilization of ASICs in Ethereum mining.

In addition to this EIP impediment, Bitmain faced criticism for the release of its latest chip, the Antminer X3, which was built to mine Monero. The currency’s founder, Riccardo “Fluffypony” Spagni, claimed that the chip would be rendered inoperable by the time it was ready for release given that Monero was scheduled for a hard fork that would make it immune to ASICs.

Furthermore, Monero would undergo biannual changes that developers asserted would discourage both the centralization of mining and the use of ASICs when mining the currency. Prior to selling the chip, Bitmain posted on its website that the risks of cryptocurrency mining could be “related to changes in exchange rates of the cryptocurrency or to changes in the algorithm that is used to mine the cryptocurrency.” It also asked customers to “please deliberate well before making a purchase,” as they would not be processing any refunds.

During her talk at the Ethereum Classic Summit this week, Chen claimed that Linzhi’s new Ethereum miner would use only one-eighth of the power consumed by Bitmain’s devices. In addition, she said it would run at about 1,400 million hashes per second — a sizable increase compared to the 190 million hashes per second that Bitmain’s Antminers produce. If Chen’s claims hold up, Linzhi’s product could produce as much as $20 in ether per day — about $17 more than what miners would make using a Bitmain miner. At this rate, Chen believes the money people would pay for a unit could be earned back in as little as four months.

The miner is slated for release by April 2019, though Chen has yet to offer a figure of what a single mining unit might cost.

Billionaire venture capitalist investor Tim Draper predicts that while Bitcoin and cryptocurrencies may momentarily subside, digital currencies will become an...